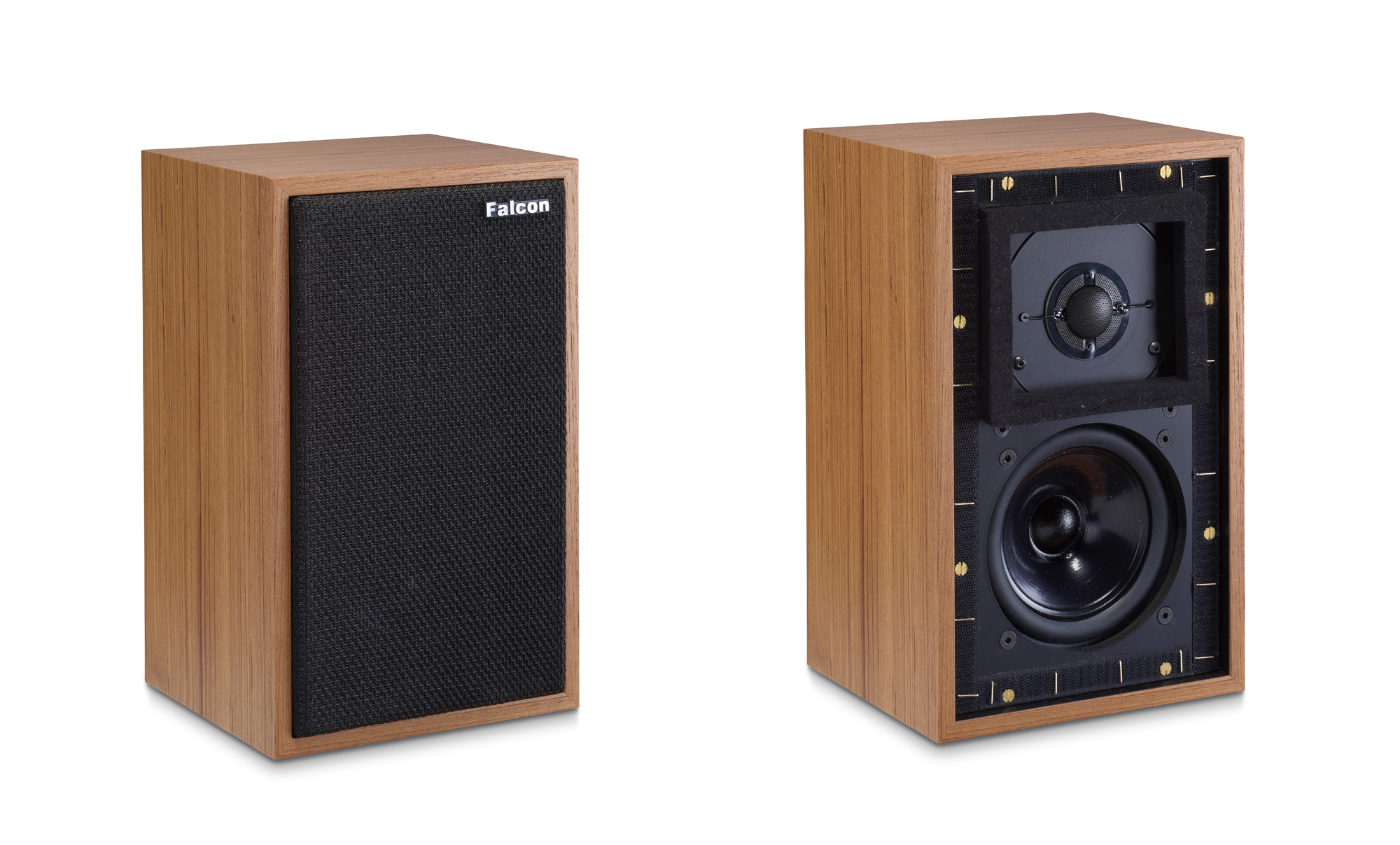 Falcon Acoustics says it is very proud to be remaking history with its authentic hand-made re-creation of the BBC’s first LS3/5A ‘no-compromise’ prototype design, conceived two years before the first commercial production in 1976.

The cabinets are made of specially selected and graded 9mm Baltic Ply, critically damped, with screw backs and finished in Teak veneer. They are built to look, perform and sound exactly as they would have done in 1974.

The BBC created transformer-style inductors for prototyping, using a size of radio-metal lamination that is no longer available and with an ingenious clamping system that allows for very accurate inductance value setting. Thanks to Falcon’s founder Malcolm Jones, Falcon had enough material to be able to replicate these key components for the 50 pair production.

The original BBC specification calls for capacitors using a Polycarbonate dielectric film, the production of which ended almost twenty years ago. After three years of searching, Falcon discovered a limited supply of the film, and has commissioned Falcon Polycarbonate capacitors to re-create exactly the BBC crossover from 1972/74, which was used to finalise the LS3/5A design. Polycarbonate capacitors offer stability, speed, accuracy, and depth of tone and soundstage.

For the drive units, Falcon has leveraged its unique association with the manufacture of the KEF B110 and T27 drivers to re-engineer the units using authentic recommissioned materials.

This special provenance is possible through Malcom Jones who, as chief design engineer at KEF, designed the originals in the 1960s.

The speakers can be seen, with loads of other top Hi-Fi related shenanigans at the Bristol Hi Fi Show, Fri 22 – Sun 24th February.