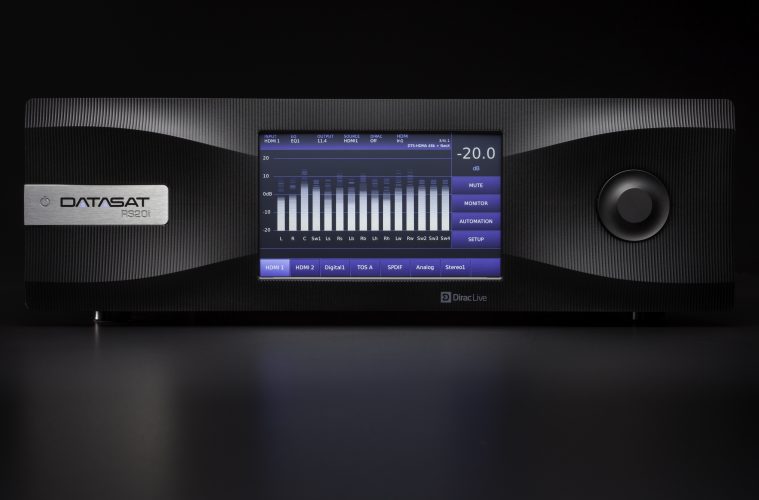 Datasat: Full Steam Ahead For ISE

The company reached the final of the CEDIA Best New Product award with its Datasat RS20i digital audio processor at the show, which now supports DIRAC live, Dolby Atmos and Auro 3D object-based surround sound platforms. The maker says attendees from both the U.S. and EMEA were treated to a demo of the company’s flagship processor, witnessing the immersive audio experience Datasat processing can achieve, from two-channel listening rooms to family rooms and luxury private cinemas.

The CEDIA event afforded Datasat the opportunity to present the company’s newest products and services, including a new line of amplifiers and Datasat’s calibration and tuning services.

“If you’re an integrator in the professional AV/theatre arena, you already know and have known the best audio processor since 1991 (but read-on). If high-end home theatres are more your specialty and you have not heard, Datasat’s your new best friend. No matter what audio format your client may end up choosing to experience, 5.1 Surround, 7.1, Dolby Atmos, DTS: X, Auro-3D, etc. Datasat can handle them all with the grace and ease of an eight-armed air traffic controller who only needs half to do the job accurately,” notes attendee, integrator, influencer and writer Johnny Mota.

As part of a luxury home theatre demo designed by custom installation firm CDGI and featuring a number of top brands, Datasat’s RS20i showcased the difference the right DSP solution makes to create an immersive experience, presenting well-loved movies in a way the company reports CEDIA attendees said they had never heard before.

Datasat’s senior vice president of sales, worldwide, Steven Evanitsky, says: “CEDIA 2016 was a phenomenal success in ways we had never even imagined. We’re honoured beyond belief to have been recognised as a CEDIA Best New Product Finalist. We were also thrilled for the chance to meet with so many Datasat dealers and other home technology professionals seeking to learn more about our offerings in the custom install channel.”

The company is now fully immersed in planning for the first of the 2017 trade shows – Integrated Systems Europe, to be held at the RAI Amsterdam Exhibition Centre in the Netherlands from February 7 – 10, 2017. Plans will be revealed as the show nears, but Datasat says attendees can expect more immersive demonstrations at trade events around the globe in 2017 and beyond, driven by its technology.

“As much success as we enjoyed at CEDIA,” says Steven, “there’s no time to revel in it. We’ve already got our sights set on ISE 2017, where we look forward to the chance to introduce our flagship RS20i processor with a host of new features and capabilities, our newly-enhanced mid-level LS10 and our line of amplifiers to the European and worldwide custom installation communities.”