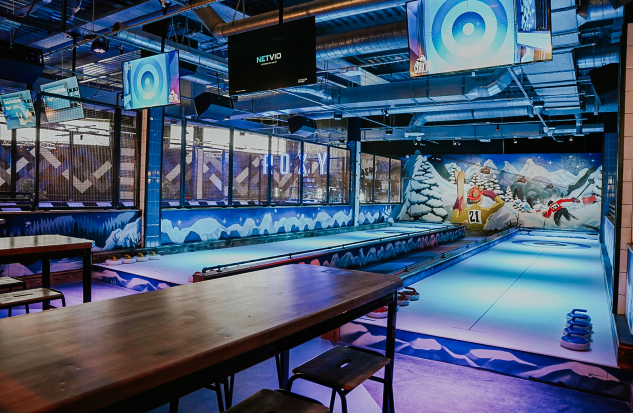 MFN’s Managing Director, Rob Woodhouse, says: “They wanted a video switching system, which made switching sports and signage to displays intuitively easy, so, we asked Netvio to get involved.

“Netvio removes a lot of the comms hassle that comes with traditional brands. Its powerful app-based tools introduce simple drag-and-drop design (Netvio 360) and easy end-user control with live preview streams (Netvio Go) that’s so cost effective; it’s simple to install and gives our client exactly what they want at the price they wanted it at.

“What’s more, because Netvio’s JP4 IP is so modular and versatile, the client was able to change the quality of screens at any time and programming and commissioning the install took only a single day with time left over to start handing over.

“This was our first Netvio install with the JP4 series, but Netvio’s support was fantastic. Their help in demonstrating the system and explaining the benefits to the client helped us to win the project – Netvio’s remote and onsite support were first class.

“The quality of the Netvio Go control app blew the customer away. The live preview streams in the app make it so easy to switch the right content to the displays even for new staff. Roxy Leisure is really happy with it; they tell me that the app is amazing”

“From now on, I will just use Netvio – it’s just so simple, why would I use anything else”