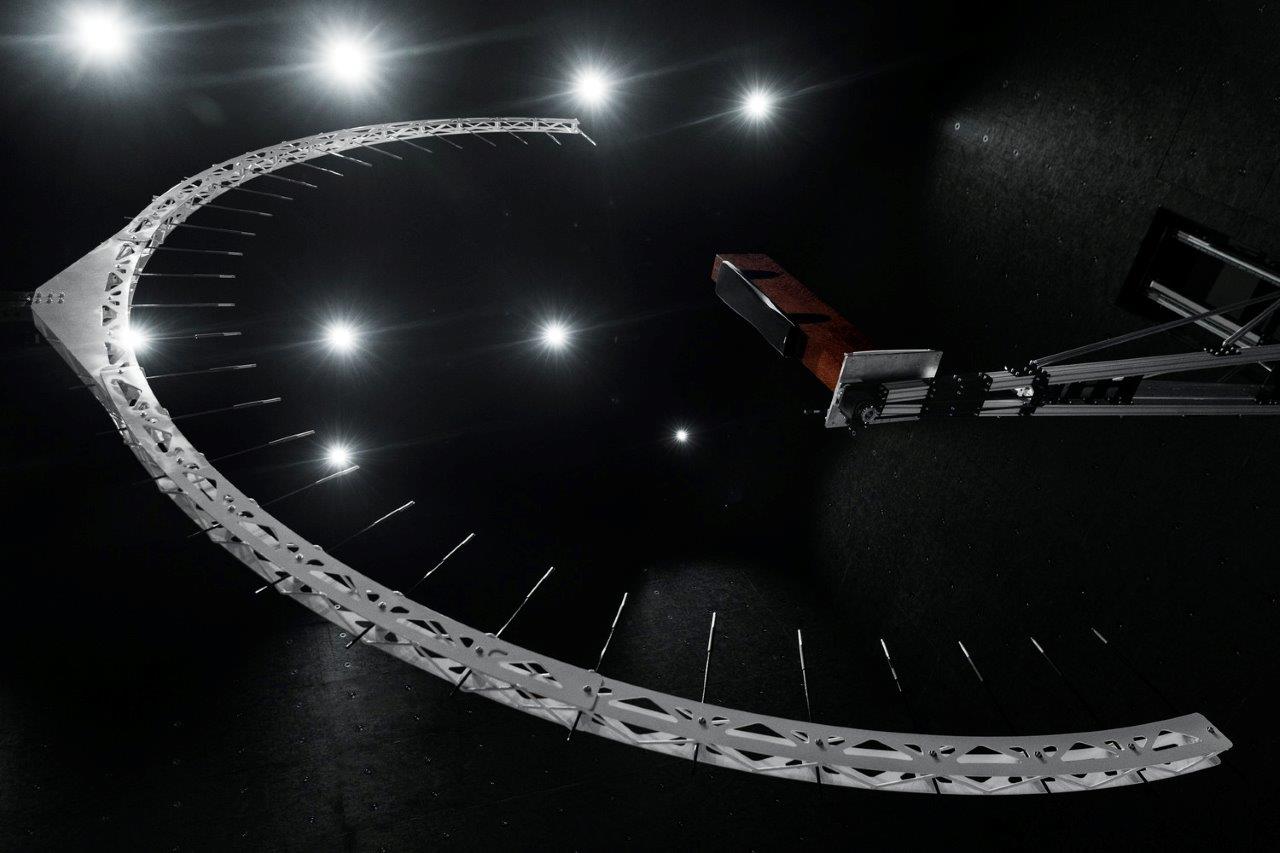 The Jupiter room is hugely impressive 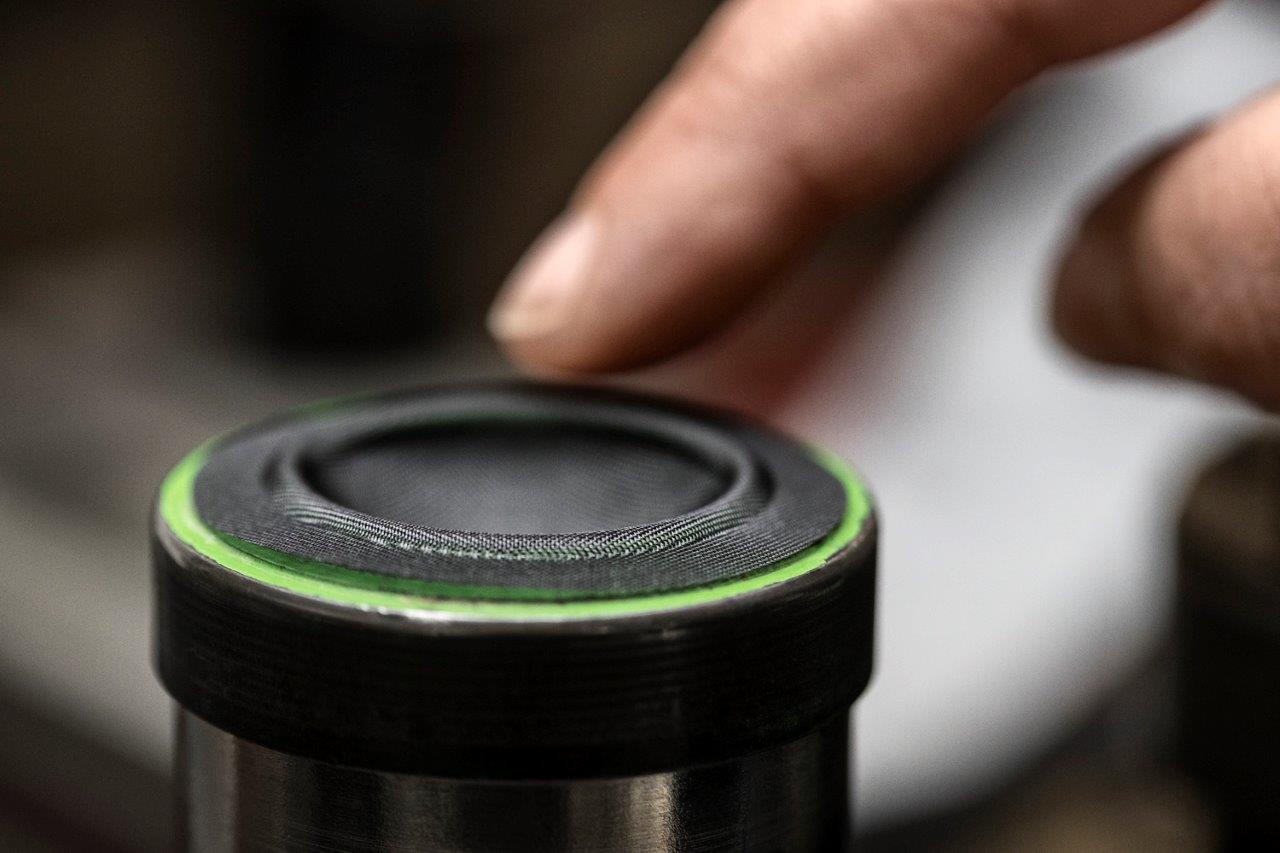 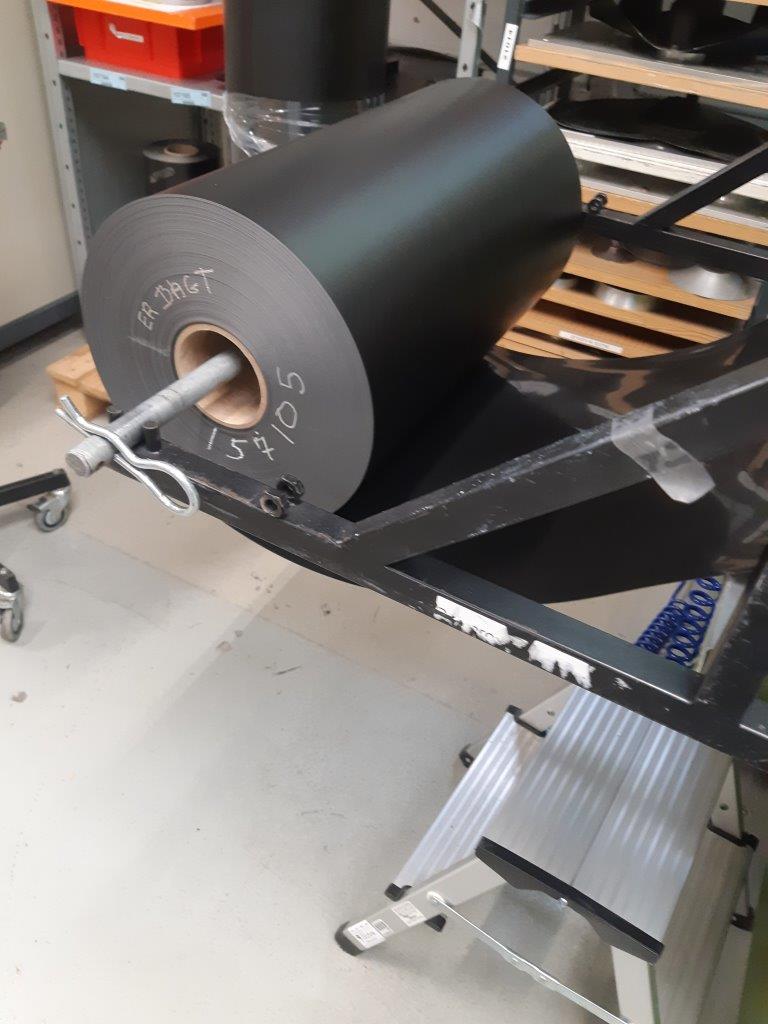 The driver cone material is unique to Dynaudio 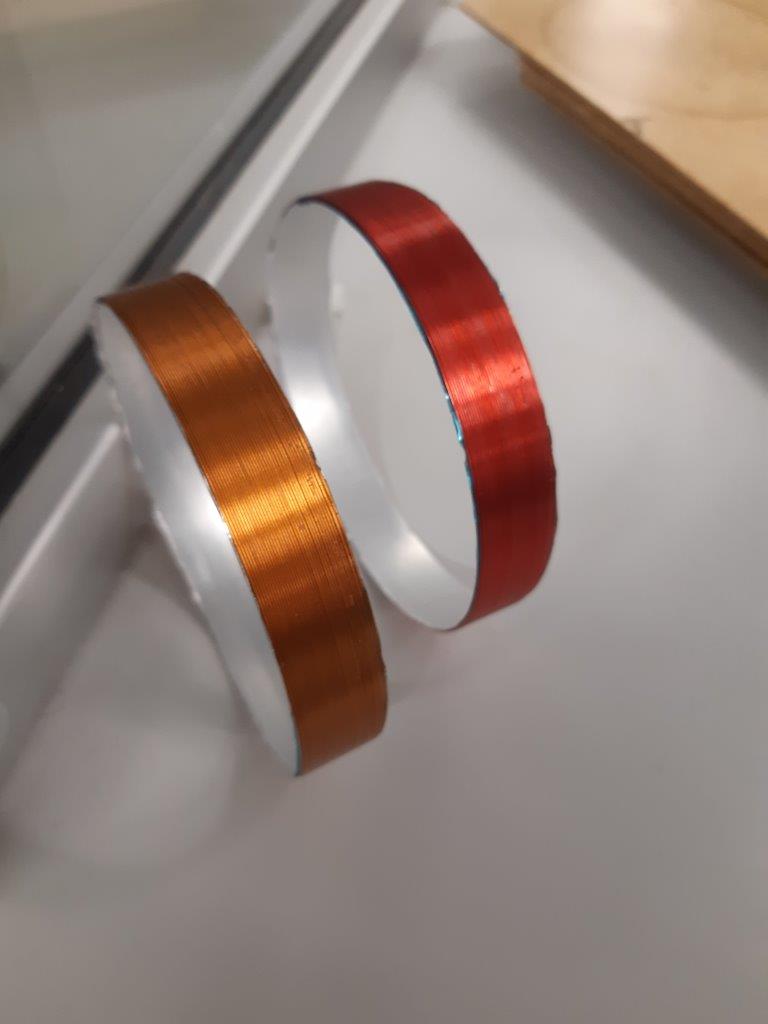 The voice coils are incredibly light 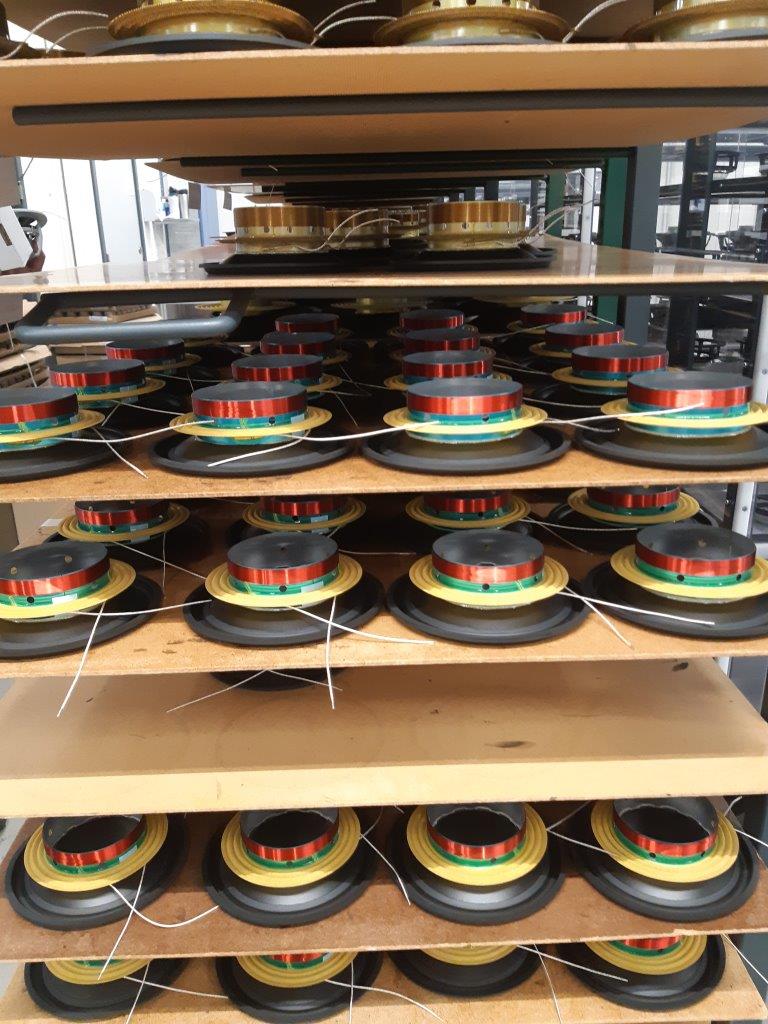 All the speakers are thoroughly tested 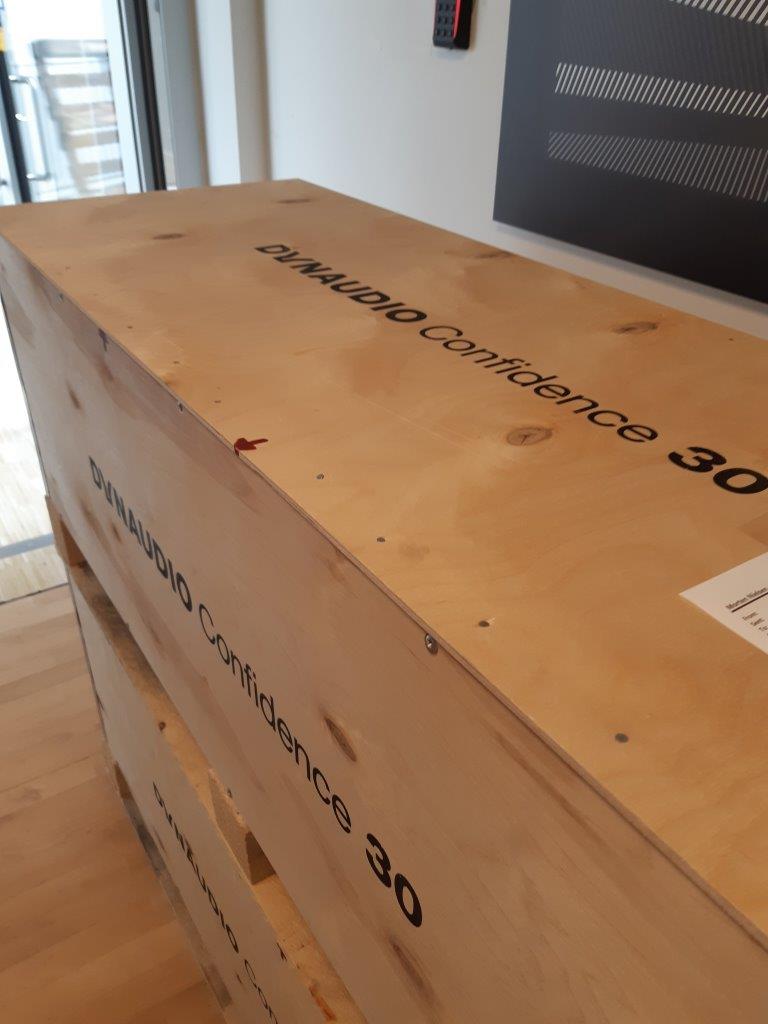 New products ready to be shipped 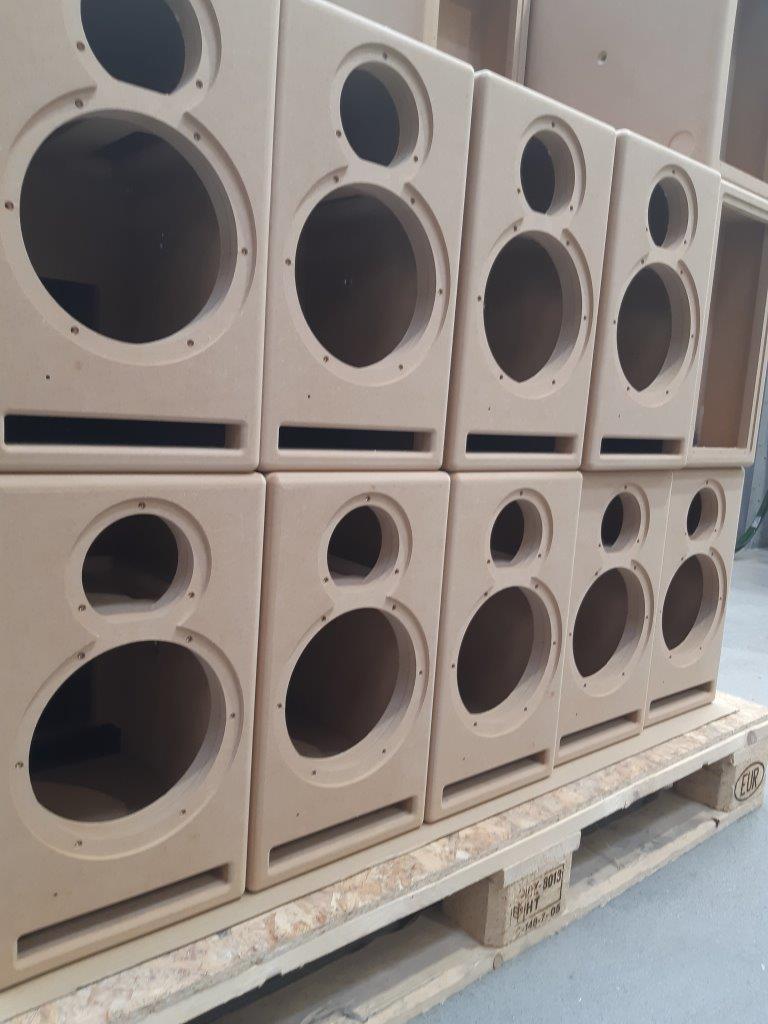 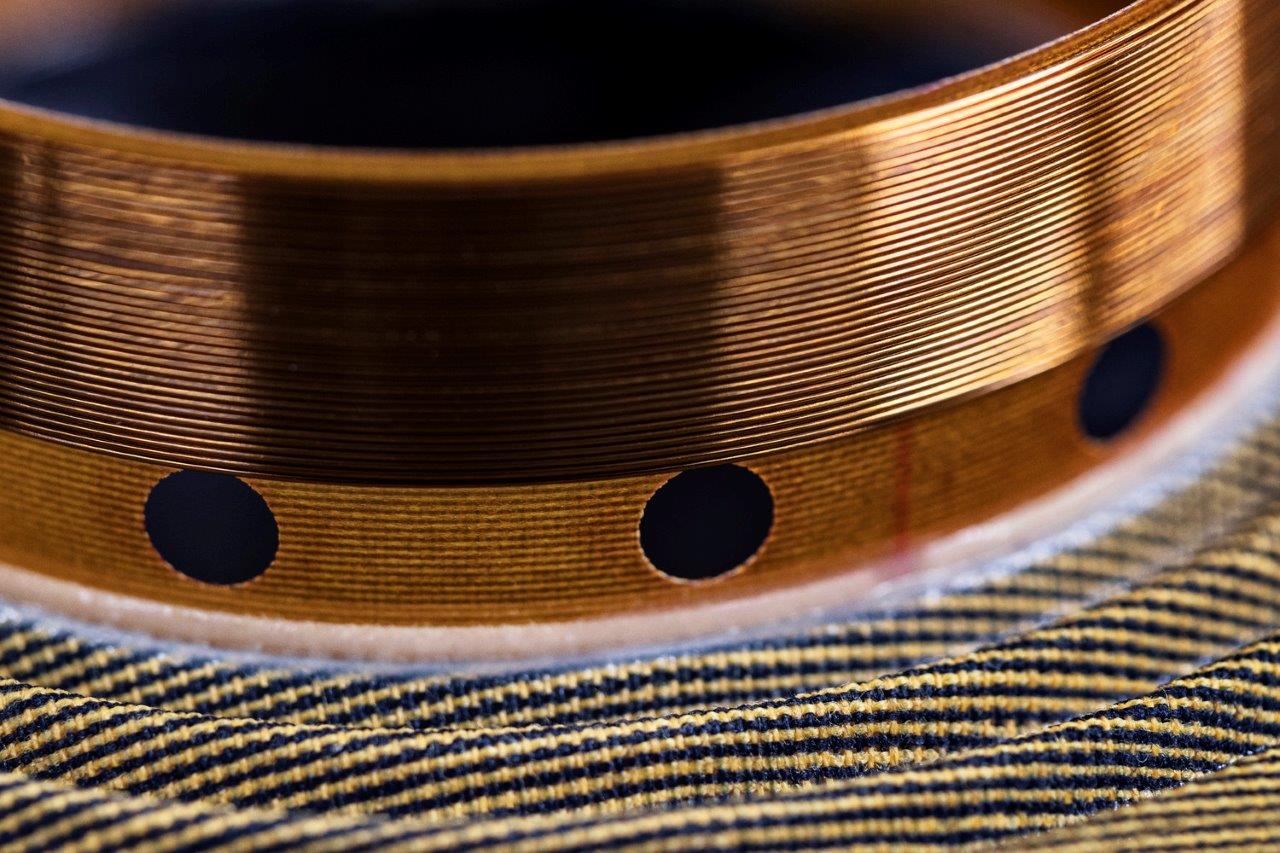 Aluminium voice coils are used as opposed to copper 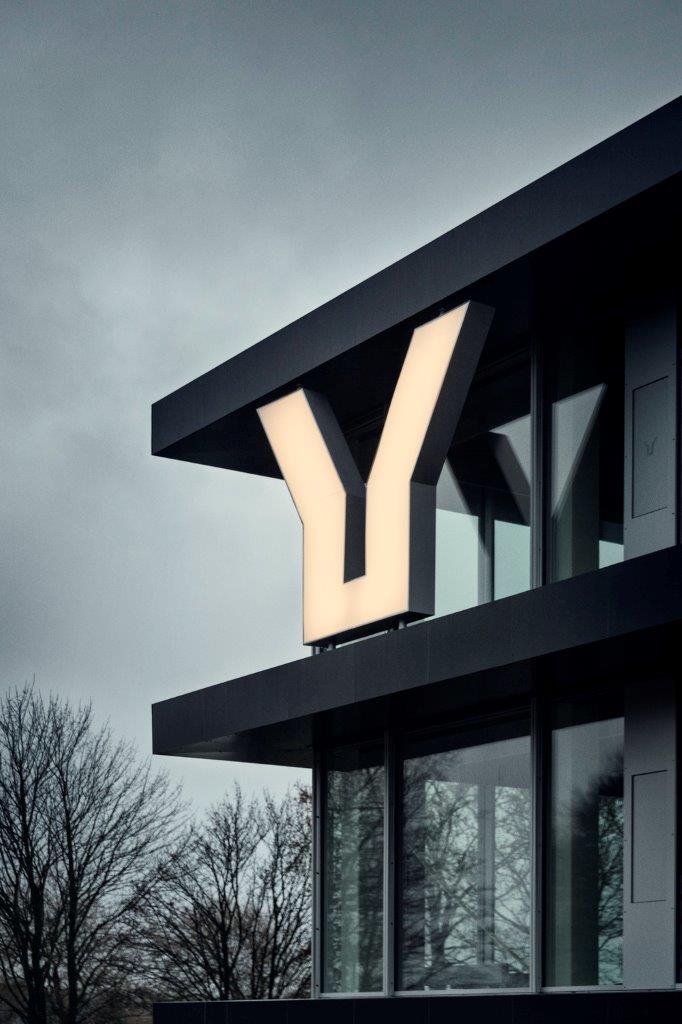 Even Dynaudio's exterior shows a keen eye for detail 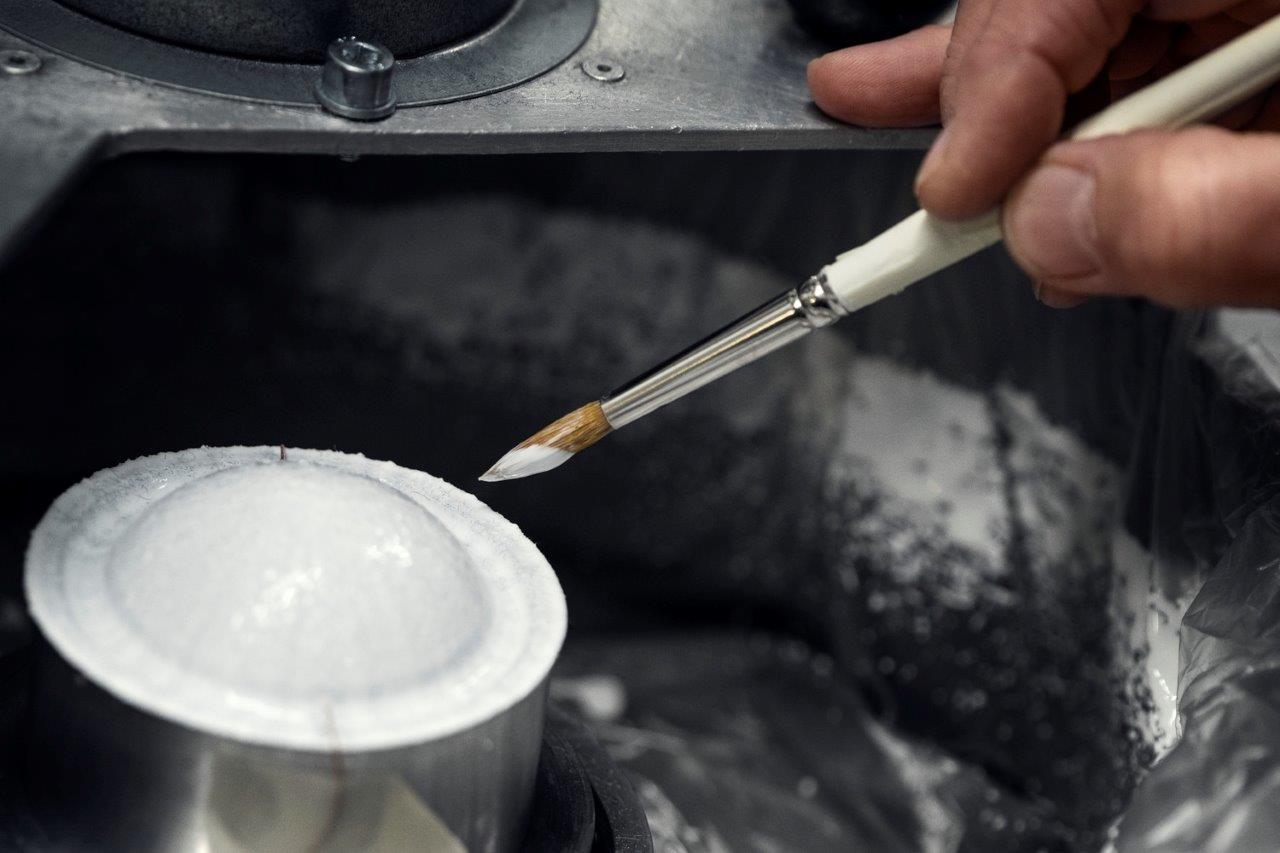 The coating on the tweeters is a secrete 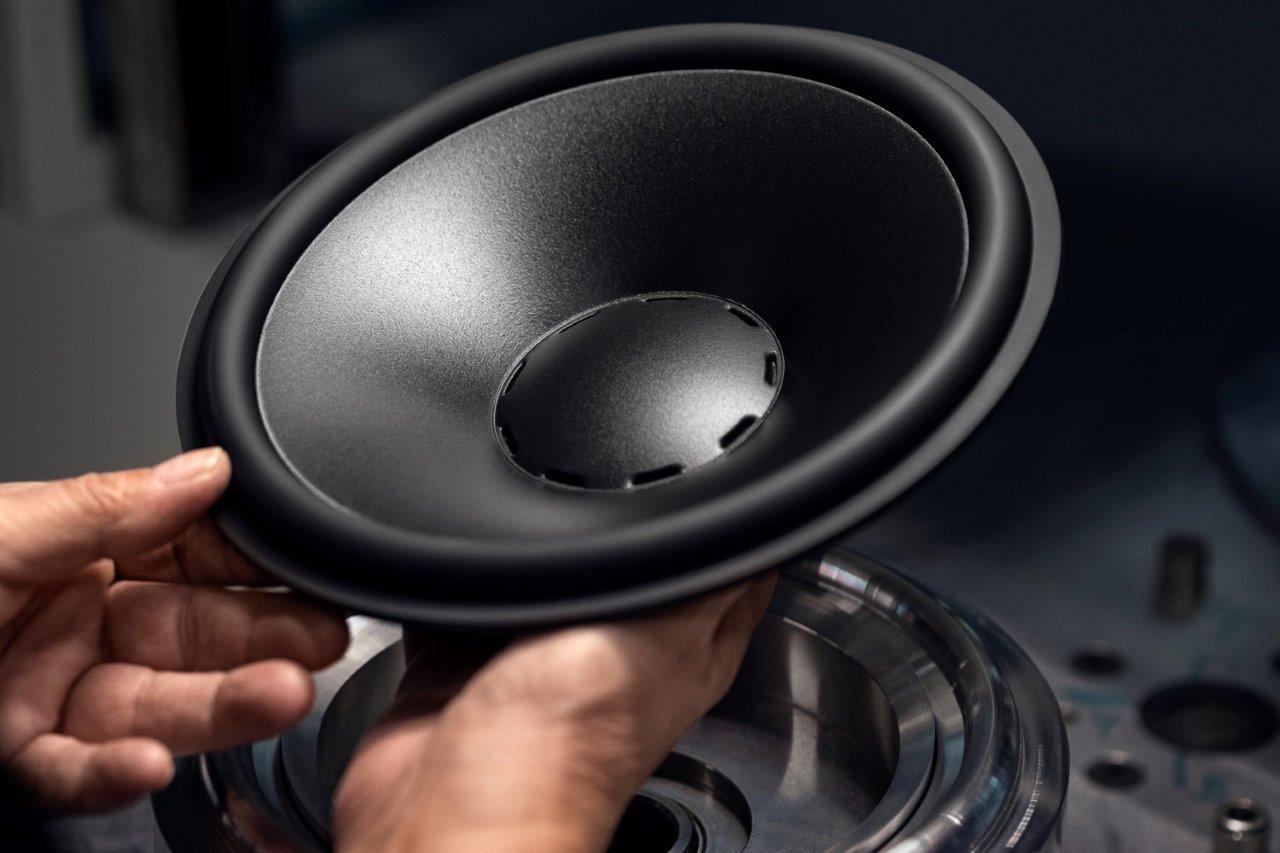 The company's cones are made from a material unique to Dynaudio 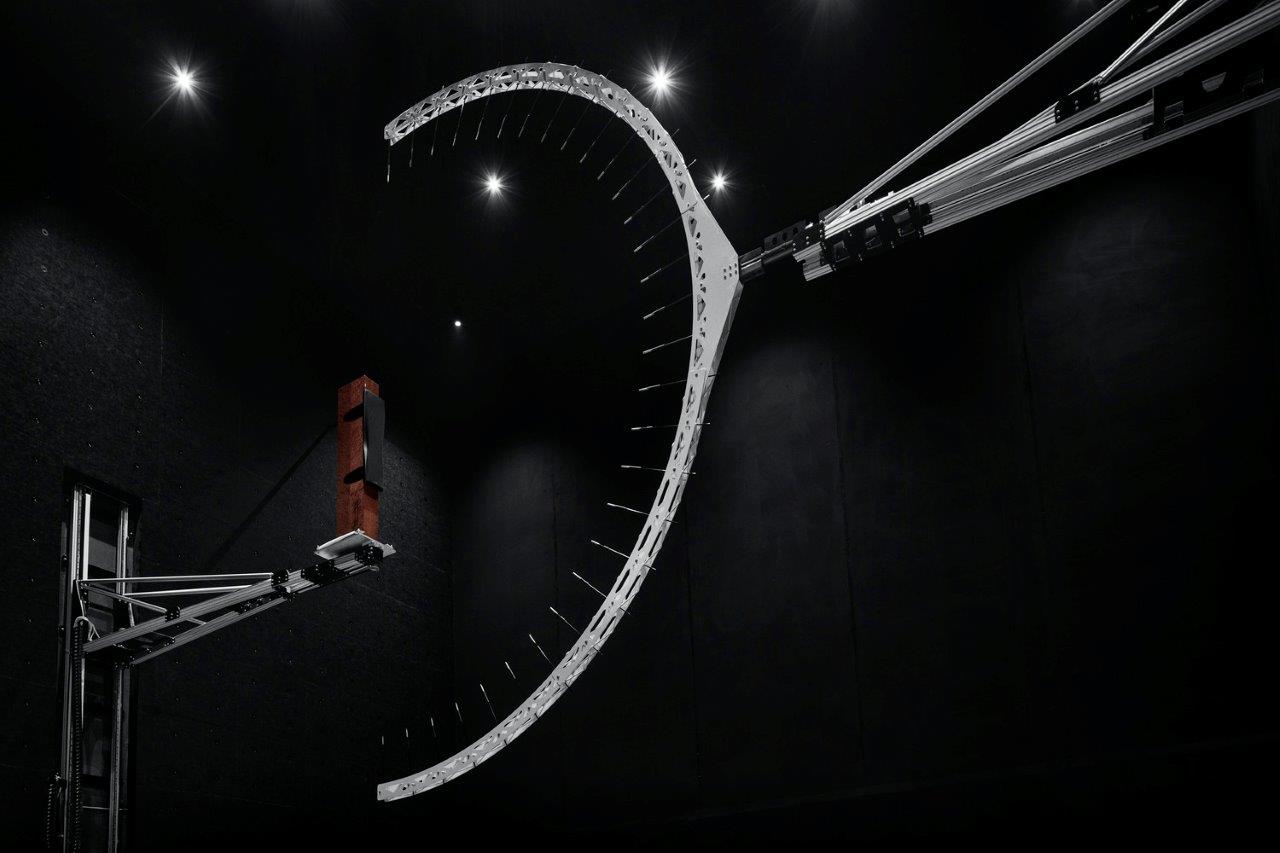 The Jupiter testing facility is the largest in Europe 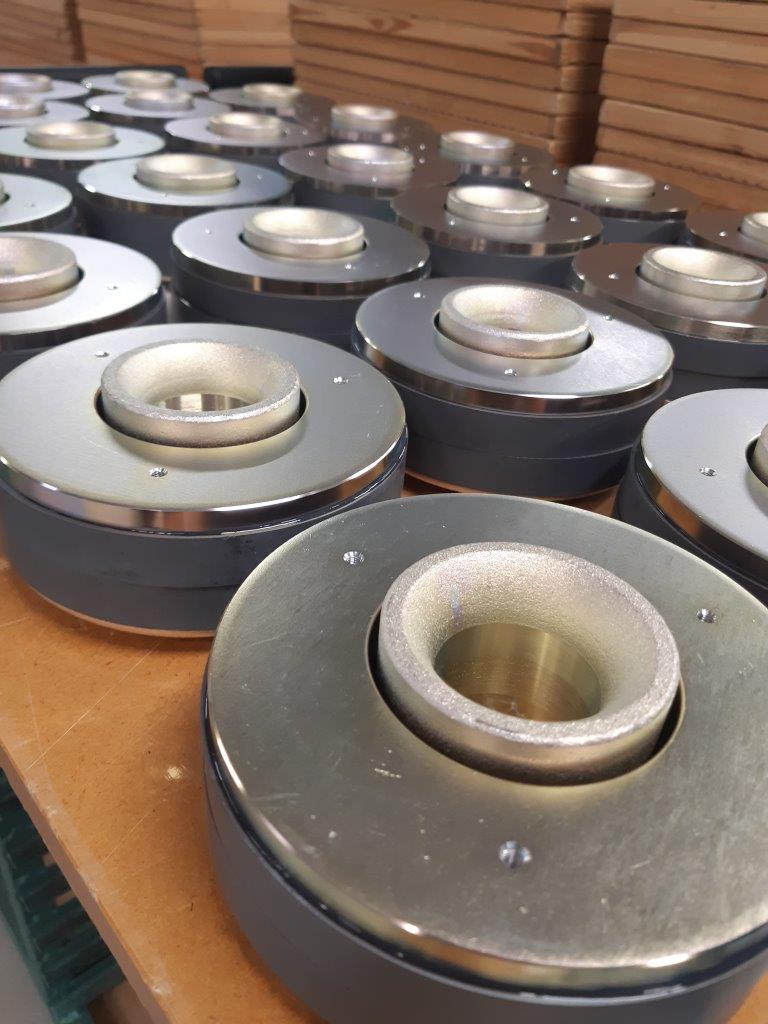 The magnates are all treated and charged on-site
Home
Features

Part one of our major look behind the scenes at Dynaudio

EI recently took a trip to the impressive company HQ of Dynaudio. Famed for its two-channel master pieces, the company has more recently shifted into the CI space and is winning many supporters with its huge attention to detail and imposing audio performance.

In part one of this inside the lines story, Dynaudio explains how its speakers are created.

The Danes know a thing or two about design and this is immediately apparent even before you enter the building located near the pleasant lakeside town of Skanerborg in Denmark.

Company HQ, including the R&D centre finished only one and a half years ago housing the famous Jupiter testing space (more about that later), echoes the importance of cool exteriors and attention to detail inside that the company holds at its heart.

Dynaudio has been here since it began in 1977 with the ambition of making the purest sounding speakers it could.

The most recent incarnations of this aim have seen the company producing more integrated and home cinema options including the imminent arrival of its Custom Performance Series.

A full introduction to these speakers and more, will come later in the day, but first, it’s time to see what makes Dynaudio tick with a tour around its impressive production facilities with Roland Hoffman, Dynaudio’s Academy Director.

Just as we enter the factory, Roland points out the area where the company keeps examples of all the components it has created over the years – not just as a record, but also, should a legacy product get damaged or need replacing, Dynaudio can make sure the customer can keep enjoying their experience.

Roland underlines that the company goes to great lengths to produce the finest ring magnets to deliver precision movement to its speaker cones.

Dynaudio produces no less than 80 different kinds right on the factory floor and as the company magnetises its own core material, it can regulate the exact amount of magnetism for each speaker design. Dynaudio uses larger and more powerful magnets than many brands as they offer more detailed, precise control.

Cone material is one of the most important decisions to make when creating a speaker. Roland explained, “There is a huge choice of materials. Everything has pros and cons. Paper cones can be prone to humidity variations and thin metal can present colouration issues, so you probably need to do something in the cross over to compensate. Kevlar offers good damping but lacks a little bass; you can stiffen it, but then that has disadvantages too. We avoid many of these issues, by using our own unique material developed in-house.”

Another unique aspect to Dynaudio cones is the lack of a dust cap in the middle of the driver. Sticking with the more often used ‘hole in the centre of the cone with a dust cap glued into place’ method, can create compromises in the audio performance, which will need to be compensated somewhere in the design, probably in the crossover.

Roland was at pains throughout the tour to point out that Dynaudio’s aim is to deliver audio in as pure a shape as possible, which is why Dynaudio creates single piece cones that the rest of the speaker is built up around.

The voice coils are another crucial aspect of the design. Roland again underlined that Dynaudio did not want to follow the pack here and has created its own approach. Roland explained, “A key issue with coils is the length. The longer the coil, the more range the speaker has, but if the coil is too large, the extra weight causes performance issues. Whilst most makers use copper, we use aluminium. It has half the mass, so we can have more windings before you encounter any weight problems; it gives us the performance we want.”

Centring the voice coil band slap in the middle of the speaker structure is another Shangri La destination for speaker makers.

Dynaudio gets the job done by adding hair thin wires (0.25mm) that hold the coil in place whilst the glue dries. The wire is then removed after the drying process.

Tweeter time, and once again Dynaudio wanted to show how unique its approach is.

The company uses a special coating (the exact composition of which is top secret) over a silk soft-dome tweeter to get the response that it wants.

Keeping mass to a minimum is always desirable with any tweeter design, and Dynaudio achieves that with its soft-dome approach, but also creates a tweeter with very small amounts of roll on/off and little or no resonance.

A key reason for the soft dome approach for Dynaudio is the ringing frequency generated by harder materials, which again has to be compensated for somewhere else in the design of the speaker, so we are back to tweaking the cross over.

The key message from Roland throughout the trip is that Dynaudio tries to put as few barriers as possible to the audio signal as it travels through the speaker. Some of what Dynaudio does means it takes more time to get to the end of the journey.

The coating on the soft dome tweeters needs to dry for up to nine hours in special cabinets, for instance, but for this maker, the extra effort is definitely worth it.

Another aspect of the approach that Roland was very keen to emphasise all the way through the factory is just how important uniformity of design and production is to Dynaudio.

This is particularly true in home cinema performance because if every speaker does not perfectly match its opposite number, the experience is compromised.

So, Dynaudio goes to extreme lengths to make sure every single product in a range is exactly on-spec and will voice match its fellows.

All the speakers are, of course, thoroughly tested before they ever see the light of day. Some of the most experienced workers in the factory operate the testing equipment, as well as using their own experience, to make sure this promise is delivered on.

Dynaudio says that until each speaker gets its approved serial number sticker, it does not exist. Factory failures rank at just 1%.

With all this innovation and skill flying about, you might think this was the most memorable part of the factory.

Impressive as that is, what EI remembers most was the friendly atmosphere, and the smiles on the faces of the staff. Dynaudio must be doing something right and as we always say, happy people make better products.

One of the most impressive parts of whole Dynaudio operation is its famous Jupiter room, located in the recently opened R&D part of the building.

This space-age room is used to test, test and test again, so each speaker is right where the engineers want it to be. To give it its technical title, Jupiter is a free field impulse measurement room.

It’s the largest one in Europe (hence the name) and offers a cube which is 13 metres in every direction, within which to test all of the company’s designs to extreme accuracy.

The Jupiter room’s most imposing feature is its speaker array which bristles with 31 microphones and in just 20 mins, from 60 different positions, can deliver a full assessment of any product the company needs it to.

Conventional techniques can take hours, with technicians needing to adjust test speakers many, many times to get the same result.

Consequently, testing is a very time consuming experience so it’s difficult to find the time engineers would ideally like to test at each stage during the design process.

Jupiter represents a huge investment for Dynaudio, but it saves a huge amount of time and means the company can test each design far more than it could without it.

Witnessing the room in action is like watching a scene from 2001: A Space Odyssey live as it happens.

After the speaker has been raised up on a special platform, the massive array moves into position in total silence and beings its sweep – it’s deeply impressive and a little awe-inspiring.

A slightly different method is used for the install speakers, which are placed in a special chamber in the floor to simulate a real world install.

Jupiter is basically a time machine, Dynaudio’s very own Tardis, that allows the engineers the time they want to test every aspect of the speaker, meaning the maker can control areas like off-axis performance, as well as getting the voicing they want.

In part two, we get to listen to the speakers and find out if all the hard work seen in the factory and in R&D has paid off – this will arrive next week.