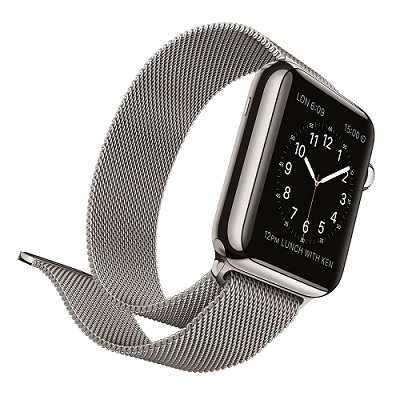 Said Tezel from Finite Solutions, a home technology specialist; specialising in everything from home automation to home cinema, explores how the Apple Watch is set to impact the ‘Smart Home’.

With the recent release of Apple Watch, the smart home industry is also starting to show what’s up their sleeve. Lutron, Honeywell, Alarm.com and Savant have already announced their support for the Apple Watch.

The implementation of Apple Watch in home automation makes sense in few ways. The differentiating feature of Apple Watch is that it focuses on short transactions. This is often a contrast to smartphone Apps that have gained expansive features. The concept of smart homes already rely on small actions to fully control the home; locking the door, setting the heating temperature, turning off the lights etc. Apple Watch could be beneficial in offering such small actions quickly for users without forcing them into extensive settings on their phones.

The launch of Apple Watch has already attracted a few renowned Smart Home companies to update their mobile control system to take full advantage of the Apple Watch. In the coming months, we should be expecting an even bigger adoption of Apple Watch capabilities as smart home developers develop their own implementations on wrist. Here are a few smart home companies that offered launch day support for Apple Watch and how they function in a convenient Smart Home ecosystem.

Lutron is bringing the convenience of their Caseta wireless lighting and Serena motorised shades on to the simple interface of Apple watch. The Lutron Smart Bridge connects both Caseta and Serena to the cloud wirelessly. This enables quick control of lighting and shades easily from anywhere in the world.

You can see which small highlights such as which lights are on and the room temperatures through ‘Glances’ on your Apple Watch. It could also notify you if you left your forgot to turn the lights off when you leave home. The online connectivity of Caseta and Serena means that regardless of where you are, you can access directly to lighting and shade elements at home. For instance, with the help of the app, you can turn on/off the lights and shades at home to give the impression that the house is occupied.

Honeywell’s smart thermostat Lyric is also among the first party apps that are getting Apple Watch support. Users of Honeywell Lyric will be able to easily set the temperature right on their wrist. With the help of geofencing features, when you leave a pre-defined area on the map, the app will also send you a notification, asking whether you’d like to switch on “Out of Town” mode.

One of the leading providers of the Apple’s HomeKit, Insteon also drives innovations for easy control of their home automation system. They released their updated smartphone app that also supports Apple Watch in its launch week.

Savant is often cited as the “Apple of the Smart Home industry”, and their latest move certainly maintains their comparison to Apple. With the release of Apple Watch, Savant also updated their iOS app to be compatible with the Apple Watch. The app will offer access to different predefined scenes at home without having to reach out for the smartphone or tablet. So you will be able to turn off lights for sleep mode, activate multi-room music or set up mood lighting for dinner.

PEQ is a home automation brand that is probably unknown to many. However their implementation for Apple Watch seems to be the most extensive among their competitors. FastCo Design had an exclusive look on the capabilities of PEQ on Apple Watch. PEQ implemented ability to create different ‘Glances’ for different smart home features like locking the door, setting the temperature and switching off the bedroom lights.

Glances offer quick ways to interact with Smart Home elements, in comparison to having to grab your phone and dig through app’s multifunctional interface. It provides access to quick actions on Apple Watch just by swiping up and going through different glances. Designers of PEQ Apple Watch app are aiming at minimising the distraction caused by the constant wave of notification on users’ smartphones.

Alarm.com was one of the companies that were announced to have Apple Watch functionalities during the announcement keynote last September. Alarm.com app, created for the Apple Watch, allows users to monitor home security systems and take quick actions to control them. The app makes extensive use of actionable notifications.

Geofencing feature of the app predicts if the user has left the home without locking the door or setting up the alarm, and quickly notifies for action. With a single tap, the user can activate alarms and lock the doors. The notifications also have great functionality in informing the user when the alarms are triggered at home, by streaming the CCTV feed right onto user’s wrist. This benefits a great piece of mind for the users when they’re away from home.

Apple Watch is Apple’s answer to the smartwatch industry that has been gaining traction in the past few years. It is estimated that by the first weekend of its release on 24th April 2015, Apple sold some 1 million units worldwide.