The Cinema Wonder Of The Wirral 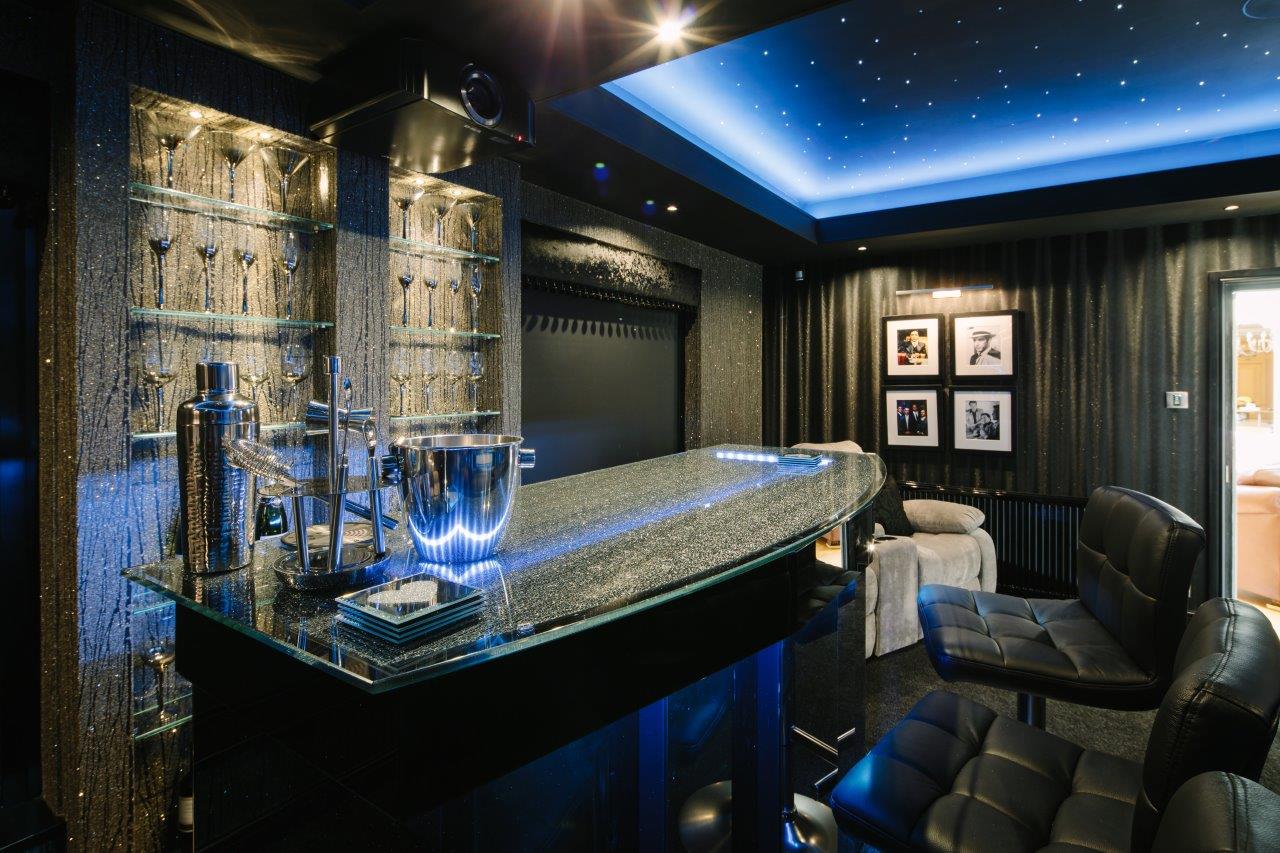 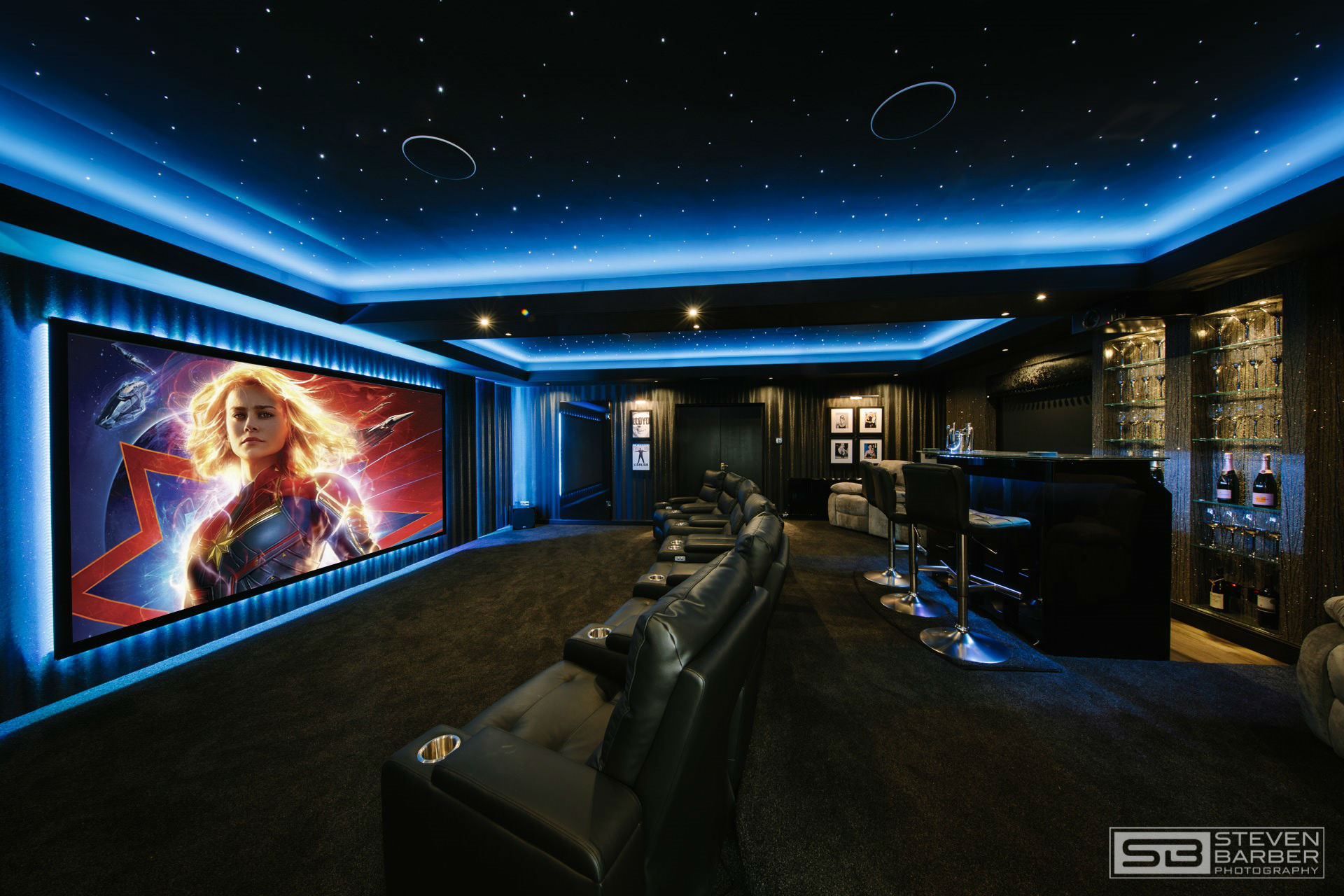 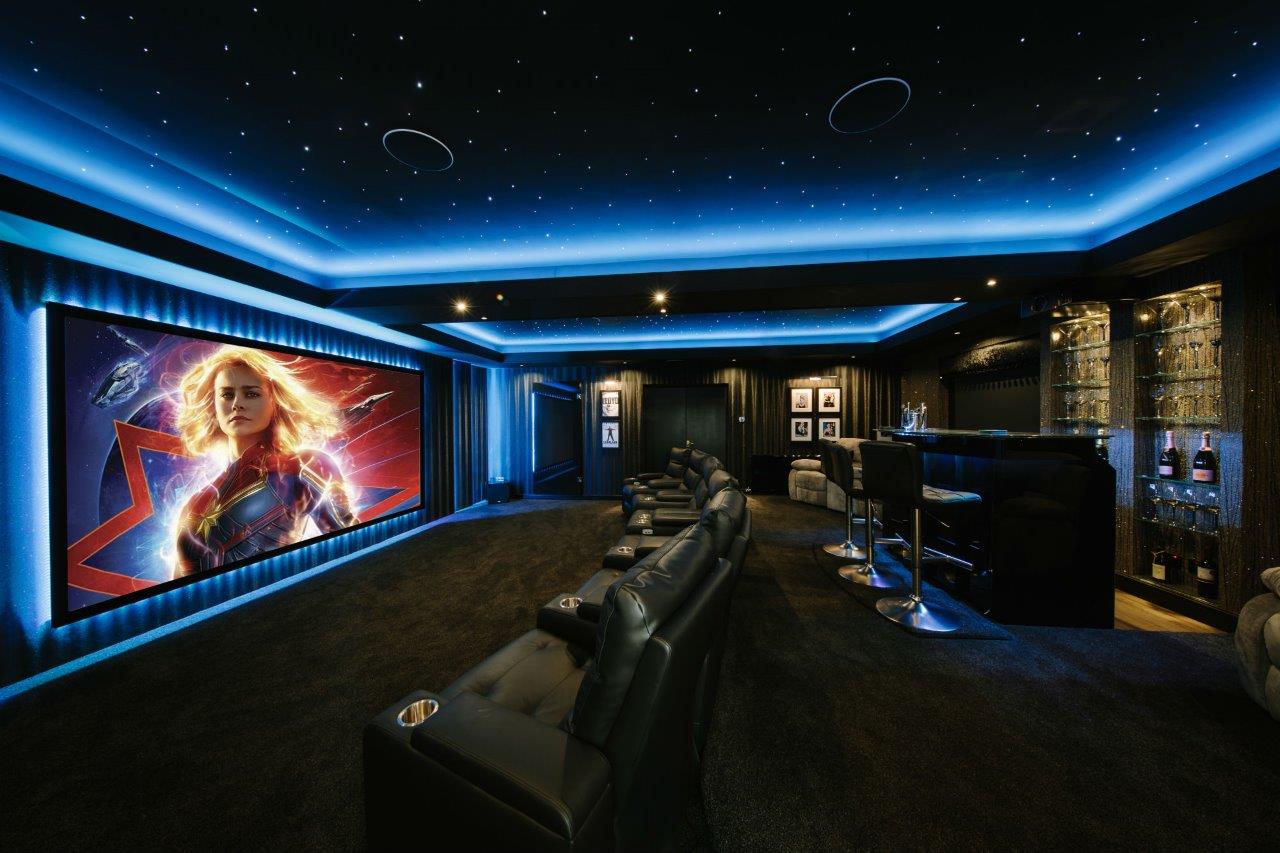 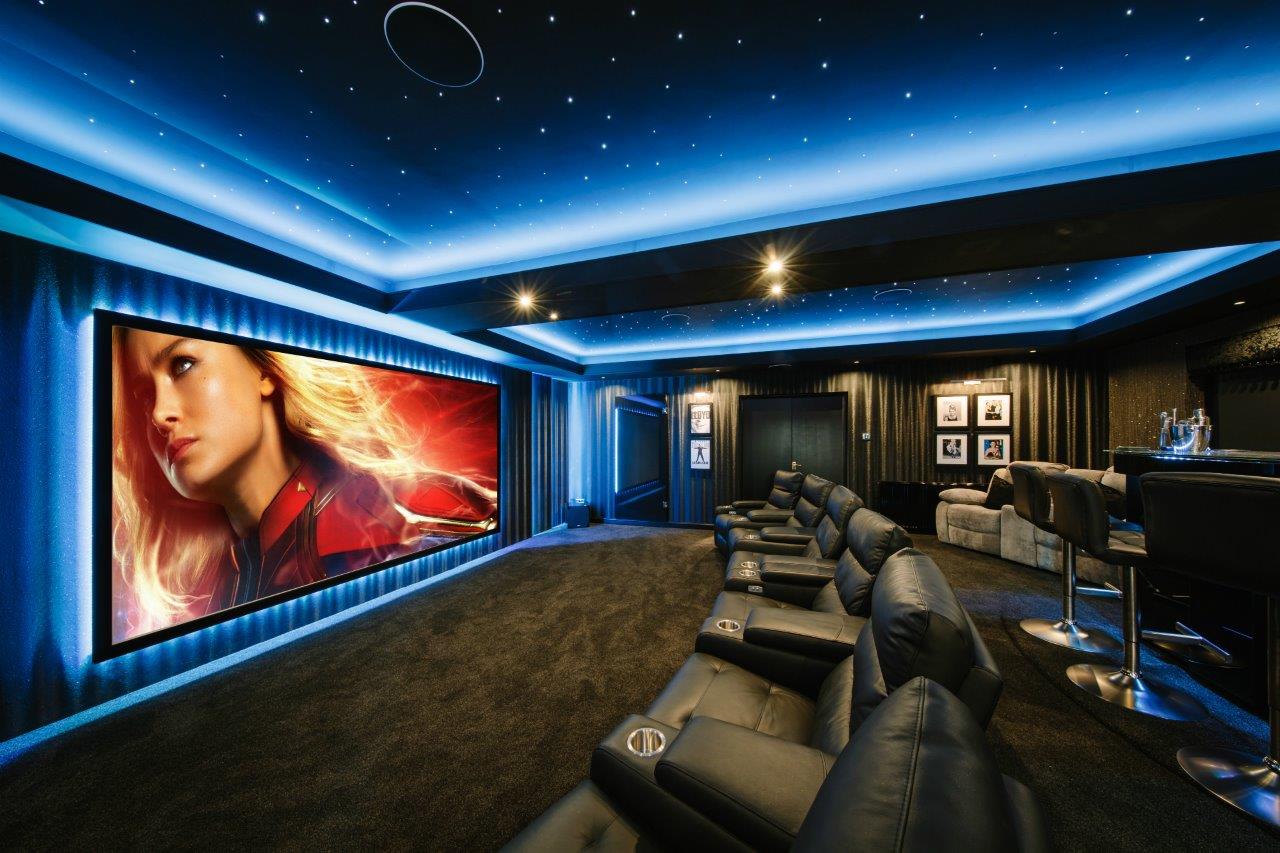 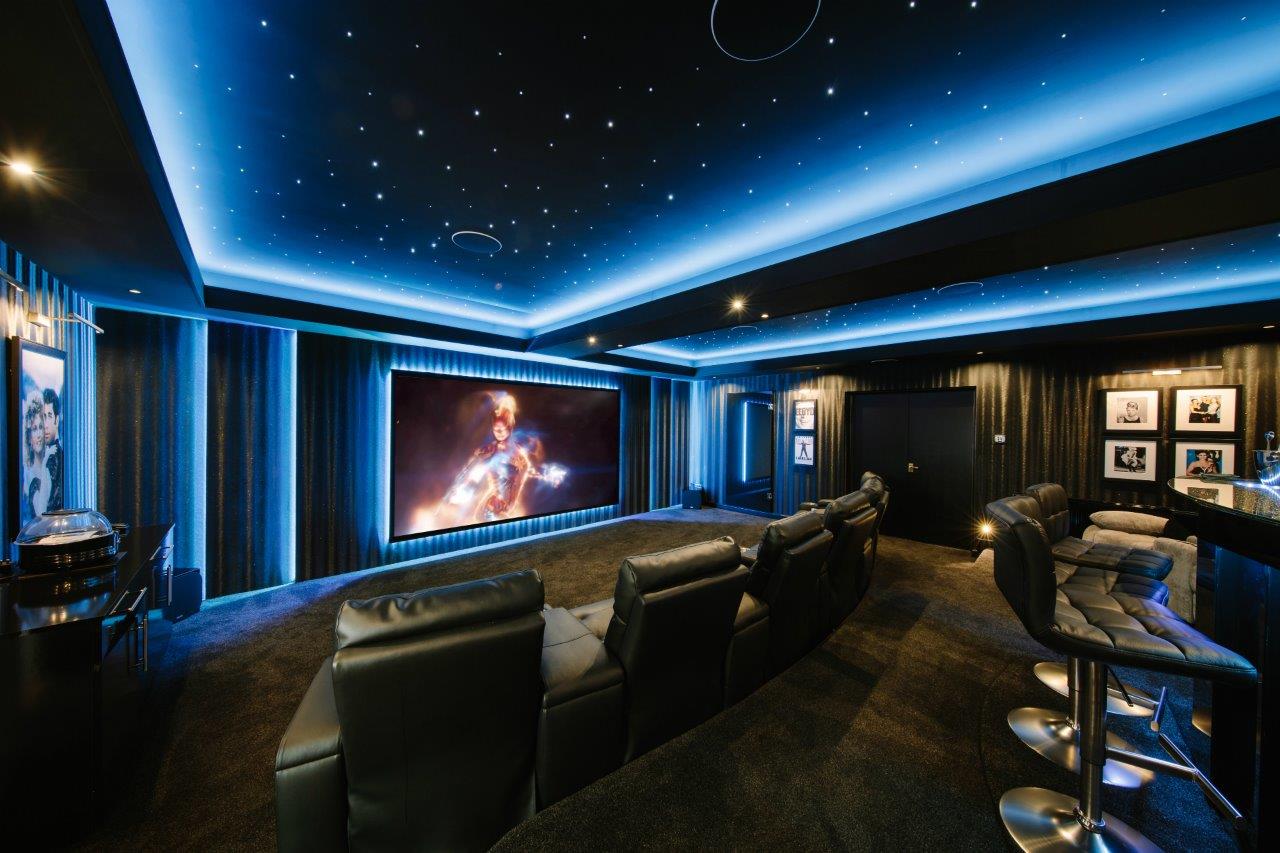 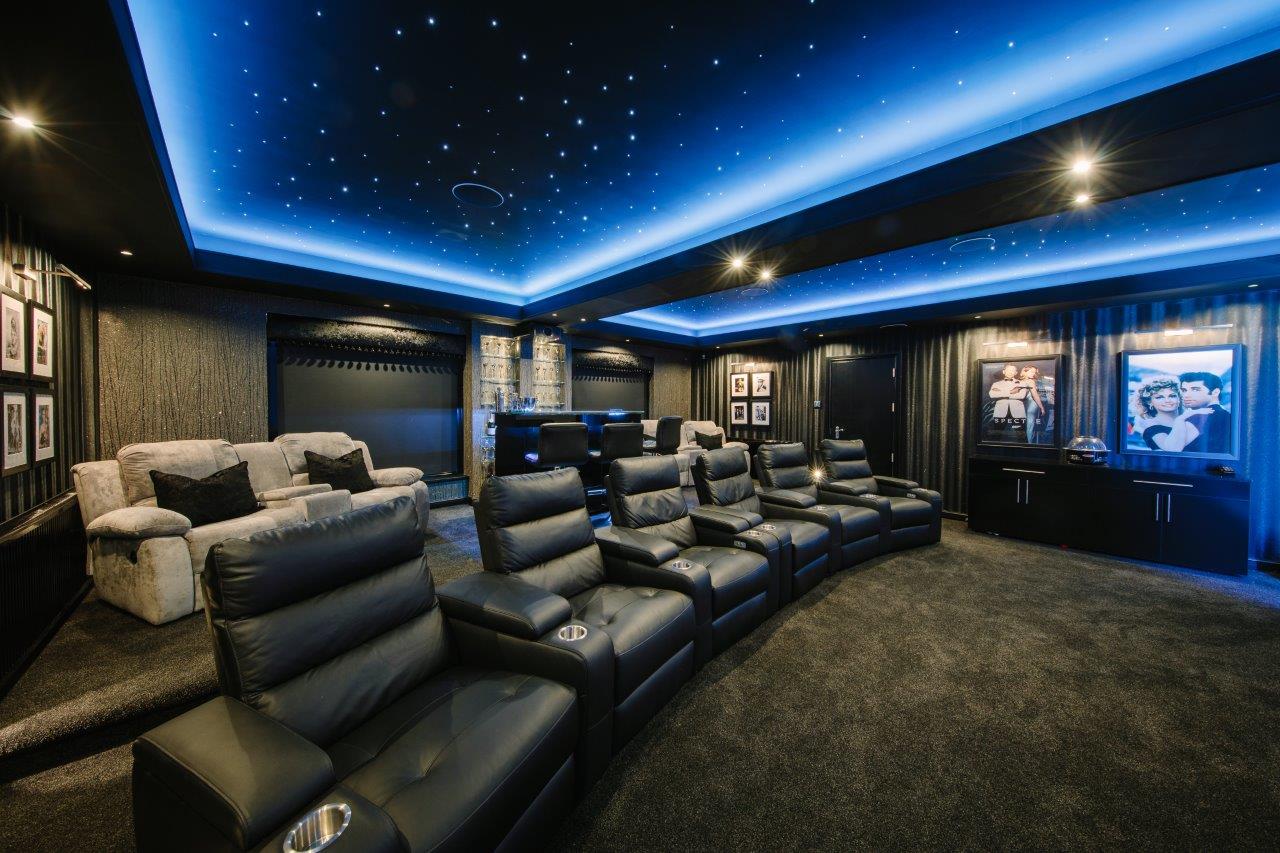 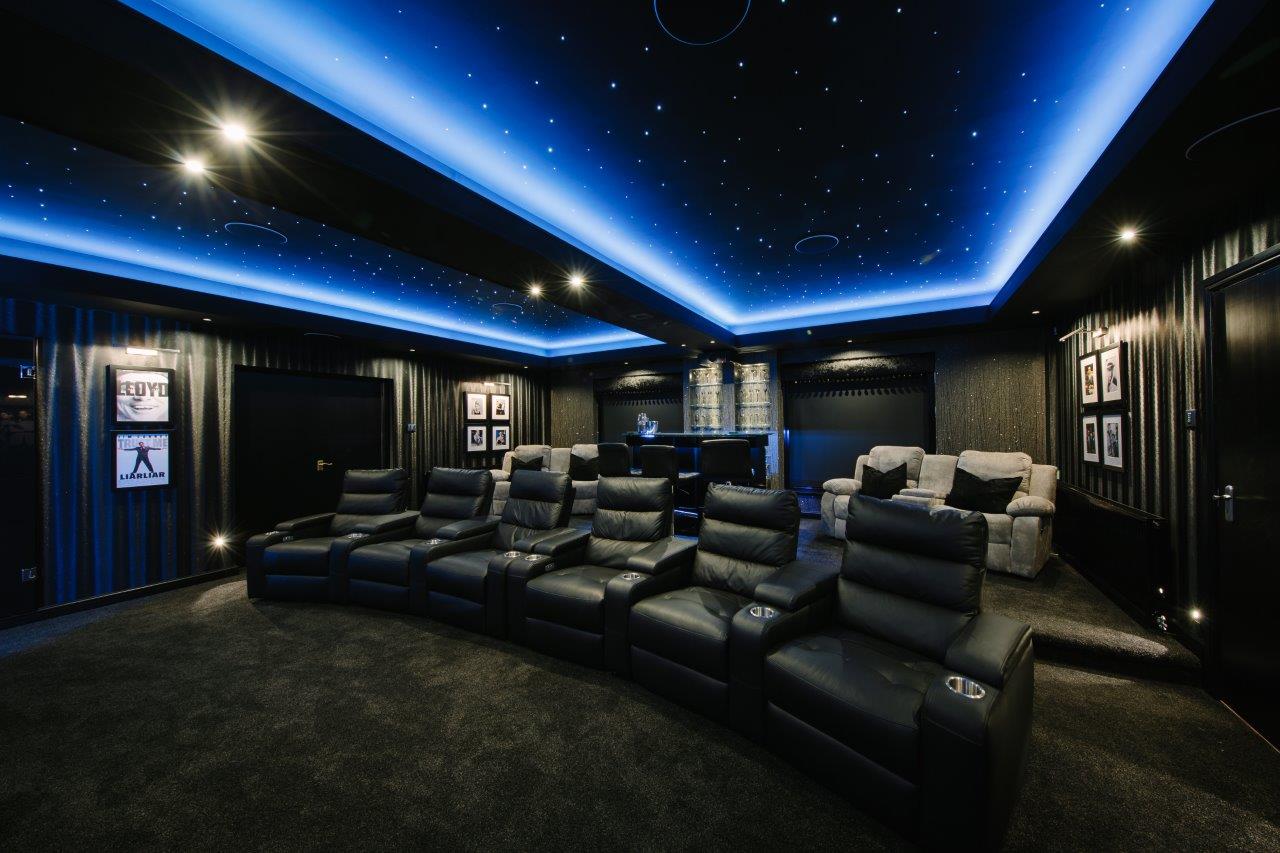 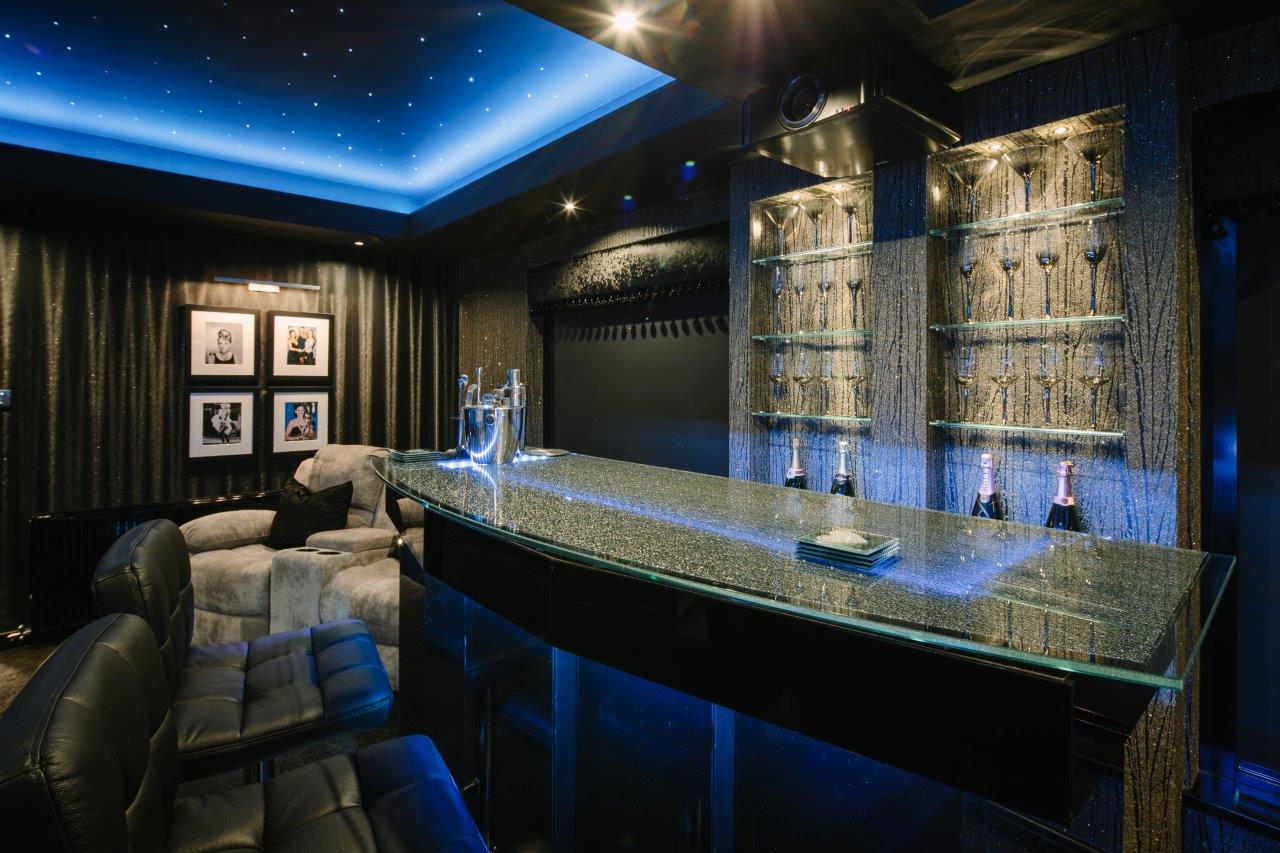 The clients for this project approached the team at install company Majik House to design and create a state-of-the-art home cinema room for their family home in the Wirral’s leafy suburbs.

Focus was to be placed on the very best in picture quality, dynamic audio and intuitive lighting design. The space needed to have the wow factor, but be easy to use for the whole family.

Black out blinds have also been used to intensify the visual quality on the screen, provided by QMotion. The room is controlled by Control4, used for its customisation options, bespoke customer interface and reliability. For the cool bar area the team worked alongside Hollianna Interiors, with Furniture provided by Palladio.

Project Manager, Neil Taylor, takes up the story, “We were recommended to the customer by a neighbour for whom we’d done work previously. The family had a rather tired looking games room which had been outgrown by the kids who were now teenagers, and the parents were also looking for a space in which they could entertain.

“The brief was to create a home cinema and bar within the same space and for the space to look and feel completely different to the rest of the house. We came up with a proposal to completely re-model the room and presented our proposals to the customer complete with CAD drawings. The design included a concept for the bar and re-modelling the ceiling to create two coffered Starscape ceilings, a curved row of cinema seats, raised seating area and a dramatic cinema wall including a 3m wide screen and feature LED lighting.

The customer loved it and the specification and design were agreed and remained unchanged throughout the project.”

Neil furthers, “The initial part of the project was the re-modelling of the room. The customer had a trusted builder who worked to our construction drawings to create the coffered ceilings, cinema wall and raised area. An in-wall recess was also created to house a slide out equipment rack which was fitted with a black glass door, to maintain complete blackout in the room. Our engineers then fitted the fibre optics to the ceiling provided by Starscape.

“This was a lengthy process; each fibre being fitted one by one from above. We’ve since completed a similar project using the company’s new system of pre-fibred plaster board sheets which was much quicker and allows installation from below. The speakers are all flush mount and the front wall was constructed from 18mm MDF and designed to accommodate the three front speakers behind the acoustically transparent screen.

“The specification for the speaker system was a no compromise Dolby Atmos 7.2.2 system, made up of three Kef Ci3160RL-THX at the front, six Kef Ci200RR-THX in the ceiling and two DD10+ subwoofers from subwoofer specialists Velodyne.”

The speakers are powered by an Arcam AVR850 with additional channels provided by the P349 power amp and the room was EQ’d with the Dirac Live Room Calibration system. Content is provided by a Sky Q Silver box, the latest 4K Apple TV and an Arcam Blu-Ray player (FMJ UDP411).

Neil explains, “The QMotion blackout blinds were chosen for their direct Zigbee integration with our control system of choice, Control 4, which also supplied the lighting control system. The picture is provided by JVC’s stunning DLA- X5500R-BK-2D projector and the majority of the light fittings are from Majik House’s own range of LED fittings.”

Key challenges included the fact that all the kit had to be installed within the room without compromising the aesthetic. Fortunately, the team was able to recess the main rack by installing a Middle Atlantic slide out rack into one of the side walls, but there was still a fair bit of lighting control and LED power supply kit to hide.

Neil explains, “We created an equipment cupboard behind the screen, in between two of the front speakers. The acoustically transparent screen passes air and so there are vents below and above the equipment to draw air through the screen to cool the equipment and the engineers made a great job of neatly fitting everything in.”

Project highlights? Neil concludes, “The sound in this room is one of the best we’ve done. The two Velodyne subs go extremely deep and the positioning of the sound on movies is amazing. The customer loves the whole thing and told us it’s the best money they have ever spent!”