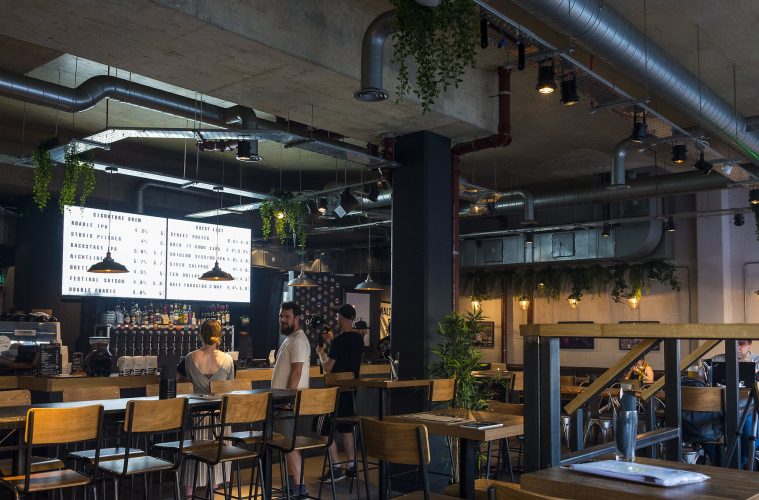 Pro audio specialist, Amber Sound recently supplied an EM Acoustics system to The Collab in Walthamstow – a collaboration between award-winning food and drink providers, Signature Brew brewery and We Serve Humans. The audio system will be used to provide high quality audio for a range of live music events as well as traditional playback.

Co-founder, Sam McGregor, who has a music industry background, explains that Signature Brew was born in 2011 as a result of being fed up with drinking terrible beer at gigs. “We decided that the way around it was to create our own beer in collaboration with a band, and things went from there.”

Indeed, the concept has been so successful that, for their latest venture, and in keeping with the spirit of collaboration, Signature Brew has teamed up with We Serve Humans to open a new venue in Walthamstow – Collab.

“Music is such an important part of what makes Signature Brew special that we couldn’t possibly open a new venue with the aim of hosting live music sessions – either bands or DJs – and not have a great quality audio system,” says Mr McGregor. “We talk so much about high quality music in combination with high quality beer, we had to be able to deliver that here. We went to Amber Sound for help and they recommended EM Acoustics.”

Marco Marini and Kelly Morris from Amber Sound along with EM Acoustics’ Dave Kelland went to visit the venue in order to assess the requirements. They recommended a pair of i-C12s with vertical yokes flown from a section of horizontal truss for the stage area.

“We deliberately decided on the truss as it gives the look and feel of a small stage and a music venue vibe to the restaurant,” adds Mr McGregor. Four EMS-61s on horizontal yokes supply sound to the rest of the restaurant and bar whilst a compact EMS-51serves the bathroom corridor. Power is supplied courtesy of an EM Acoustics DQ-10 amplifier, and a Yamaha TF-RACK rackmount digital mixer handles control, including the ability for independent control over the three zones as required.

“We’re delighted with the results,” affirms Mr McGregor. “We’ve had DJs and live music, including a bit of jazz, and it all sounds great. The system has been properly EQ’d for the room, so it sounds good wherever you are. We’ve got it set up so that you can control the levels according to where you are, the time of day and the kind of atmosphere you want to create – for example, we have lots of families during the day and it’s important that they feel comfortable, particularly in the dining areas where you don’t want to be overwhelmed, but in the evenings we’re looking for much more of a lively party atmosphere, especially around the bar, and we can do that too. We’ve had great reactions from everyone so far, and in particular we’ve been seeing lots of really positive comments online. So many people really care about the sound in the places they choose to eat and drink, and those for whom it’s important have left very favourable reviews.

“We want to be known for very high quality beers in the music space, but if you’re associating beer and music, you have to invest equally on both sides of the equation. I think we’ve achieved that, and the results speak for themselves.” 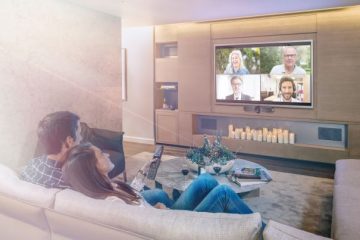