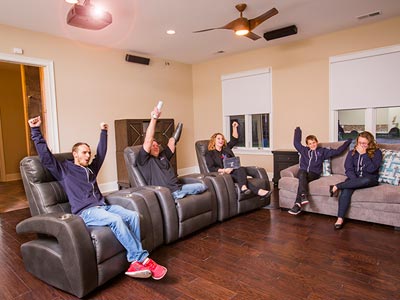 MSG John Masson recently received a brand new smart home in North Carolina, USA, through the Gary Sinise Foundation, an organisation set up by the actor which supports veterans and first responders.

In 2010, while conducting Village Stability Operations in Afghanistan, John stepped on an improvised explosive device (IED) and lost an arm and both legs.

Thanks to his training, he was able to assist his fellow Medical Sergeant in treating his wounds – actions which saved his life.

Returning home to face new challenges presented by his injuries, John was delighted to discover that as well as delivering convenience and of course entertainment, this project also proved that the smart home industry can change lives.

The family were recently handed the keys and iPad to their new specially adapted smart home at a dedication ceremony held in Southern Pines, North Carolina.

John was selected by Building for America’s Bravest, a partner program of the Gary Sinise Foundation’s R.I.S.E. program, to receive a smart home that aims to ease daily challenges and afford him independence.

With new technologies donated from manufacturers including Core Brands, almost all aspects of the home can be completely controlled through the family’s smartphones and tablets wherever they go.

“This is truly a blessing and it’s changed our lives,” John says of his family’s experience in the home. “I’m thankful every day for everyone involved, from the builders and workers on site to the companies that donated equipment and materials, to Gary Sinise himself who helped get this amazing house built in less than 10 months.

“The technology is fantastic and it helps me do a lot of things much easier, even something that seems simple like changing a DVD. That could be a challenge for me alone, but now through the ELAN g! iPad App and the Kaleidescape movie server, I can change what I’m watching without needing to get in my chair and cross the room, saving me time and frustration. I’ll never be able to thank everyone enough, but I’ll continue to do so at every opportunity.”

The home also offers many other features, such as retractable cabinets and shelving, automated lighting, window shades and security systems, transfer benches and whole-home audio and video.

Nearly $130,000 (retail value) of technology equipment was donated and installed, with the central control taken care of by an ELAN g! system that gives John and his family control of the whole house.

The home includes two large ELAN in-wall touchscreens and an iPad to make it easy for the family to manage three climate zones, 29 motorised window shades, a full Lutron RadioRA 2 system, two doors with electronic locks, security, surveillance and multi-room audio and video including a home theatre, affectionately referred to as the man cave.

John says: “The man cave is one of my favourite things about the house. Anything that makes my life easier or more convenient is a huge help for both functionality and my state of mind. It all comes back to the wonderful people who made this all possible, who’ve given me back a lot of freedom to live comfortably.

“It was challenging to have guests over since I came back in 2010 and that’s something a family needs. Now we can have our family and friends come to the house without worrying about complications or space and I can set up all the music, lights and anything else from my iPad.”

According to Joel Berrettini, the project’s lead technology integrator and owner of IT and Media Solutions, working on this home is the least he could do: “I would do anything for these men and I will continue to do so as long as the opportunity is available. Providing wounded veterans these homes, to regain a sense of normalcy and independence, takes a lot of partners and a lot of cooperation.

“The product donations from Core Brands and our other valued sponsors make these homes possible and we cannot thank them enough.”

Joel’s journey into home automation was also triggered by some personal difficulties and changes in his life: “In 2010 I was a director of IT for a chain of car dealers for a decade. I lost my mother, job, gall bladder and my father in that year and in that order.

“It was time to hit the reset button, personally and professionally. I wanted to stay in the tech sector, but just have some more enjoyment and fulfillment. So becoming a system integrator was the logical choice for me.”

On this most recent project brief, Joel explains: “This was another project on a list of men that need our help. So I’m just continuing the tasks at hand.

“Nothing changed during the project, I get zero interference from any of the stakeholders involved. The challenge is handed to me and I just do what I do. Having their trust and confidence was one of the paramount goals I felt necessary from the onset.”

Using the latest technologies from ELAN Home Systems, Niles Audio, Sunfire, Lutron, QMotion and others, Joel designed a system that gives John as much control as possible to stay in charge of his home.

In fact, the property will soon be one of the first in the world to use the new ELAN 6×4 HDMI matrix to deliver HD video throughout the home.

Joel is expecting to install two of the matrixes this year.

From installing touch-panels at a height comfortable for John and using occupancy sensors in key areas to a one-button setup to turn on the home theatre, fast access and ease of use is the key.

Additionally, Joel gave John and his wife some peace of mind by setting the system so the kids can only access controls for the lights, media and window shades.

Remote access was also a top consideration, which is simple with the ELAN g! system.

The family can now use the ELAN g! mobile App on nearly any mobile device to check their cameras, security, lights and HVAC from anywhere in the world.

As far as the future development of assisted living technology in general, Joel says: “I see a migration into voice commands (once the technology supports it). Some have tested the waters and it is sketchy at best, especially with so many different dialects of the different languages.

“Incorporation of eye movement and control of tablets for those with quad disabilities. This is being worked on now by certain wheelchair and robotics organisations and am looking forward to their developments.” 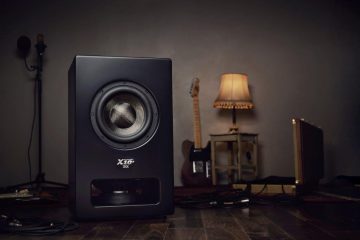 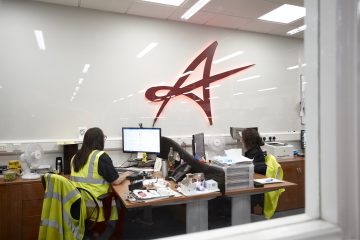