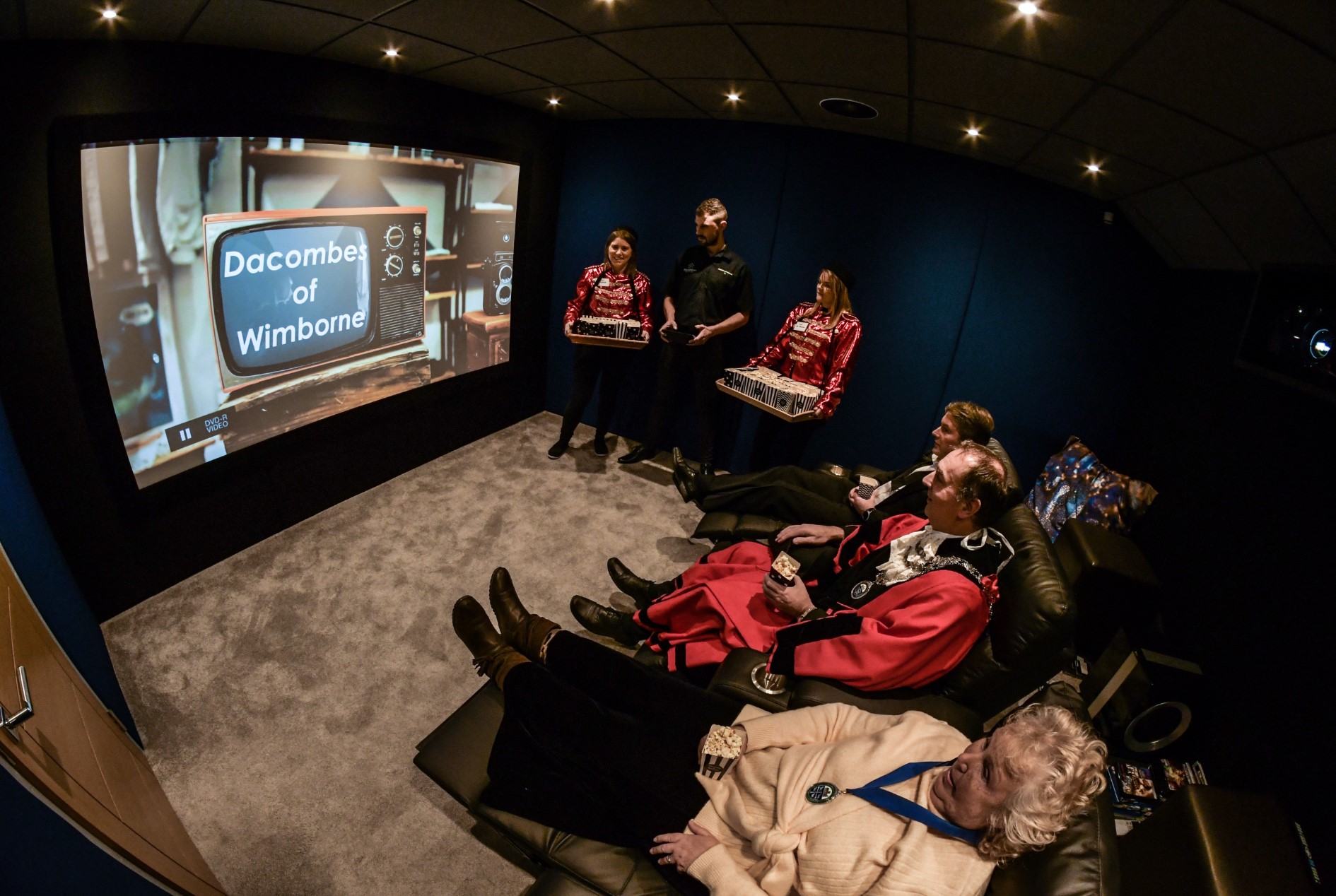 Guests included The Mayor and Mayoress of Wimborne Minster who enjoyed a movie preview, as well as private customers and businesses. Guests were welcomed into the event by Dacombes Usherettes, The Greatest Showgirl, and other surprise Hollywood guests included Darth Vader and his Storm Troopers, Beetlejuice, as well as appearances from Dacombes very own James Bond, The Queen, The Godfather, The Doctor and Shaun of the Dead.

Food demonstrations were provided by nutritionist Barbara Cox, who treated guests to healthy popcorn and snacks. Whilst Nico Degrandy, local private chef and chocolatier from SALT Co demonstrated how to temper chocolate and provided some dark chocolate ganache to sample.

Dacombes have been serving the local community since 1920, and this latest investment from the family owned and run store, showcases the latest in 21st century home and workplace entertainment systems which uses smart technology.

The smart home apartment and home cinema are controlled by URC and make controlling lighting, sound, security and even the window blinds an absolute joy.

The Home Cinema is powered by Arcam and Monitor Audio with THX Extreme Cinema Speakers from KEF. A Sony 4K Projector and Blu-Ray players provide the entertainment.