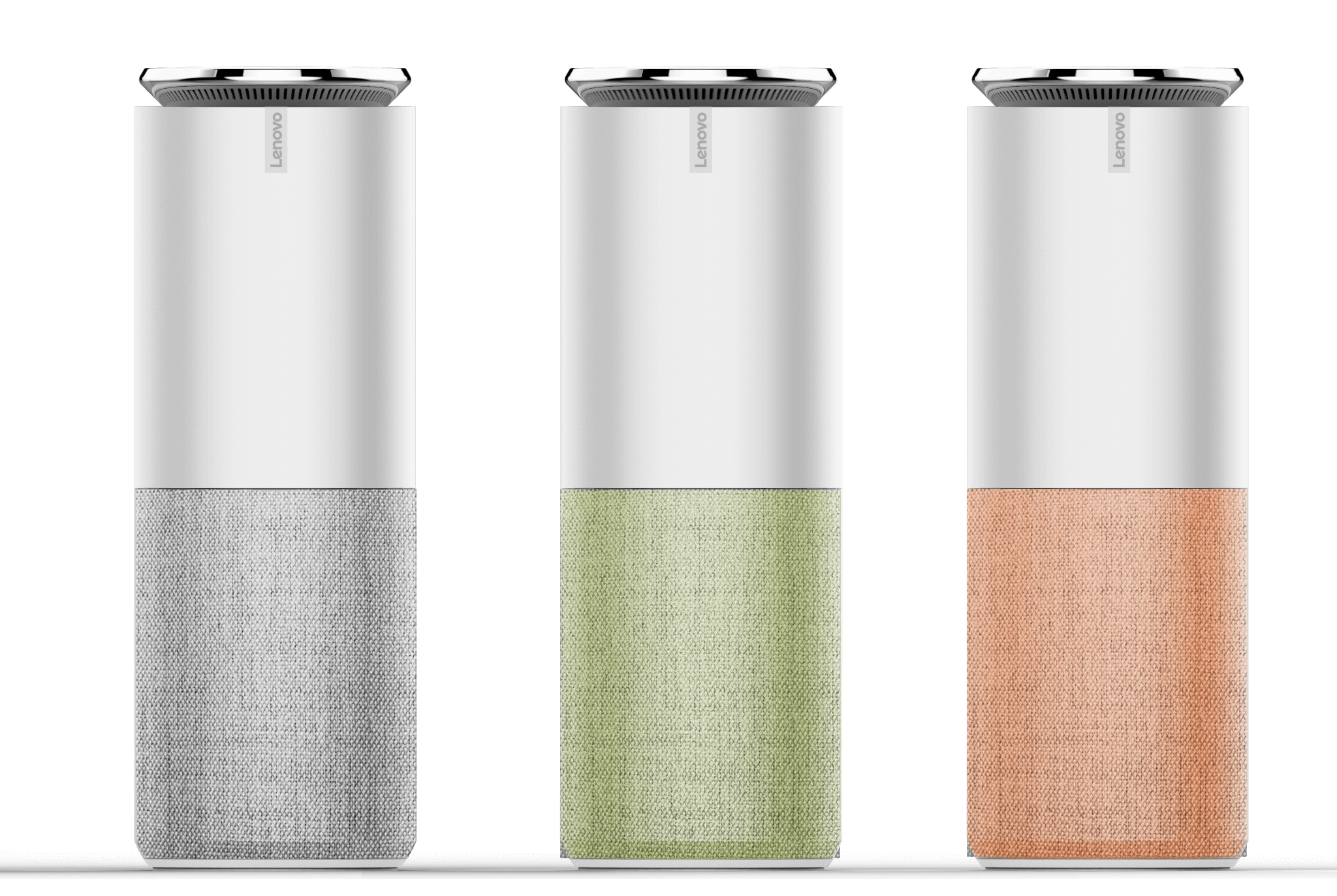 Lenovo is officially jumping on the Amazon Echo bandwagon at CES 2017, with the company’s own smart assistant-cum-Bluetooth speaker on show in Las Vegas. The Chinese OEM is also launching a wireless storage solution dubbed ‘Smart Storage’.

With the smart home set to sky rocket in 2017, it’s clear that Lenovo is positioning itself for a slice of the ever-growing pie. In December 2016 alone Amazon managed to shift 400% more Echo speakers than in December 2015.

In order to carve out its own slice of the pie, Lenovo is launching its very own Amazon Echo clone dubbed Smart Assistant. The use of the word ‘clone’ is no mistake, as the Lenovo Smart Assistant is every bit an Amazon Echo where it counts – its AI. That’s because Lenovo has opted to use Amazon’s Voice Services and the already well-established Alexa voice assistant to power its speaker.

Those who already own an Amazon Echo or Echo Dot will find the Lenovo Smart Assistant all too familiar. Alexa handles all of the device’s important functions, including playing music, answering questions, providing calendar updates, creating lists and even shopping on Amazon’s vast online store.

So what exactly is unique about the Lenovo Smart Assistant? Well, Lenovo says that instead of developing its own AI in-house it opted to use Alexa thanks to its already widespread support. That way the company could concentrate on designing a speaker instead.

For the most part Lenovo has achieved what it set out to do. Its speaker boasts eight 360° far-field microphones, one more than Echo’s seven. Those microphones are also capable of suppressing noise and cancelling echoes, while Lenovo says that the Smart Assistant speaker is capable of picking up voice commands from up to 16ft away.

“In the same way a person’s IQ is measured by applied knowledge, we believe products are ‘smart’ to the degree they’re actually understood and applied to daily life by their users.”

In addition to more microphones, Lenovo also packed in a 5W treble speaker and 10W woofer – which should hopefully give it some bass, something the Amazon Echo sadly lacks. If that’s still not enough, Amazon has also partnered with Harman Kardon for a special edition version of the speaker. Meaning those who are avid fans of the Harman Kardon brand now have another option over Microsoft’s Cortana-equipped speaker. The Harman-Kardon Edition is currently tipped to retail at $180 in the US, an extra $50 over the normal edition.

Both versions of the Lenovo Smart Assistant are set to begin shipping in May – although many have already begun asking themselves whether there’s room in the market for them. Sure they’re thinner, longer and promise better sound quality – they standard edition is also $50 cheaper than the standard Amazon Echo but still is that any reason to buy? Those who care about sound quality and price could stump for a $50 Amazon Echo Dot and then connect it to a high-quality sound system, which is bound to be better than both Amazon’s and Lenovo’s offering. Both offer the same voice assistant, and Amazon is likely to offer more incentives and features to its own customers than those using its AI through a third-party.

In addition to the Smart Assistant, Lenovo also announced a new connected hard drive at CES 2017 dubbed Smart Storage. It’s hardly the most exciting smart home product for the company to debut on, but it’s designed so users can wirelessly back up their mobile content and access the data from wherever they are in the world.

When it launches in May 2017, Lenovo will offer a 6TB unit costing around $130. This is just the beginning of the Chinese giant’s smart home plans however, as the company noted in its press release. “We’ll continue to work collaboratively with customers to imagine, design and build home products that they want, can afford, and will use — with the vision to fundamentally improve every aspect of their home life,” it noted.