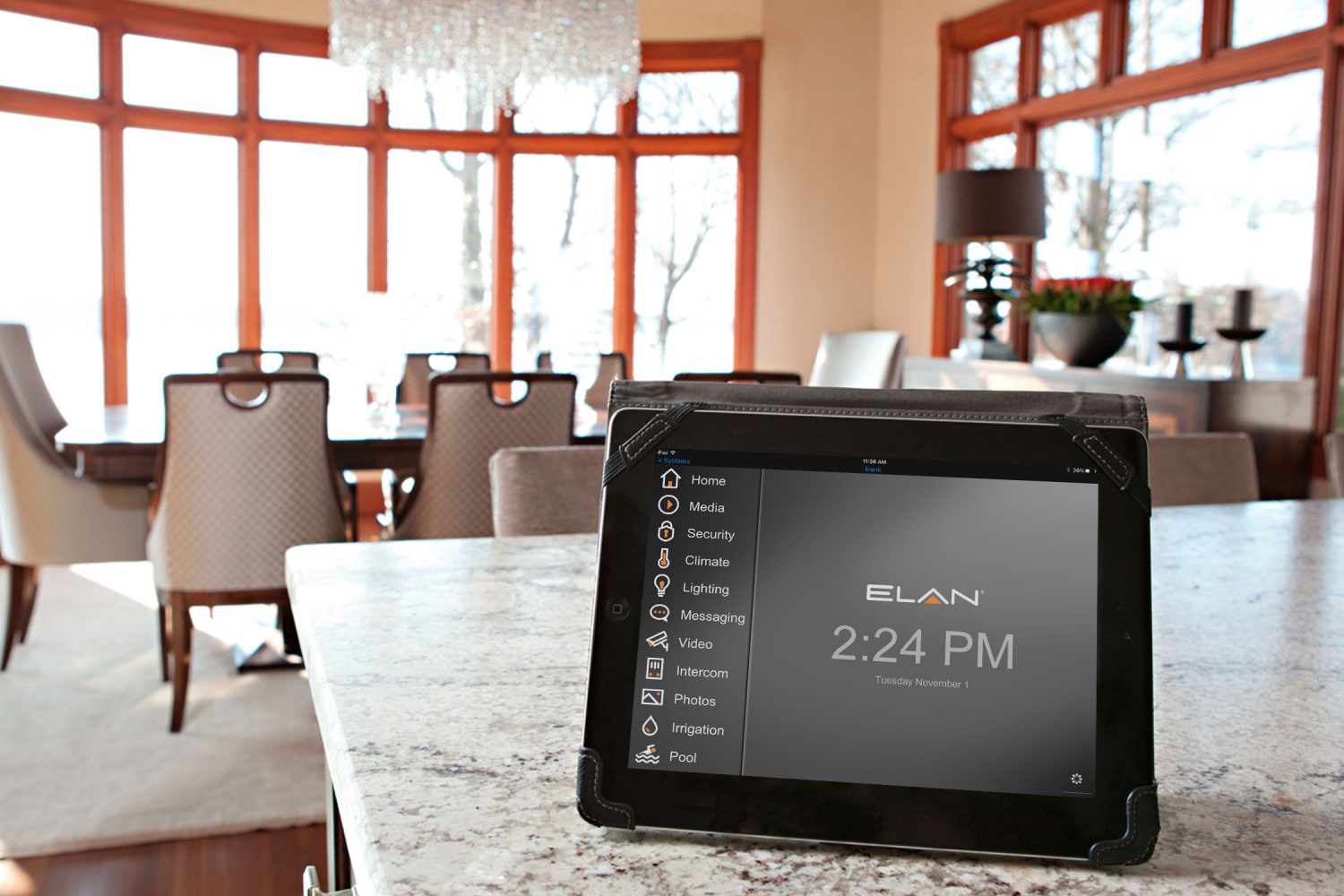 CES is typically associated with consumer-grade technology launches, but at CES 2017 one high-end custom installed smart home solution managed to walk away with one of the coveted ‘Best of Show’ awards. The company that managed such a feat was ELAN, which was awarded the ‘2017 Human Interface Product of the Year’ from the Consumer Technology Association’s (CTA) Mark of Excellence Award Program Committee.

The product that managed to secure the award for ELAN was its home automation system ELAN 8. The company’s UI has recently been enhanced through a number of new features, including voice control through Amazon Alexa.

“The smart home just got smarter,” says Joe Roberts, president of Core Brands, the parent company of ELAN. “With ELAN 8, homeowners can integrate all of their individual ‘smart’ devices and subsystems and control them through the intuitive and elegant ELAN interface that anyone can learn in minutes. ELAN 8 represents the very best blend of robust and reliable custom installation technology that can be easily personalised, leveraging the new generation of IoT devices and appliances. We are thrilled to be honoured with a CTA Mark of Excellence award.”

The ELAN 8 software eliminates the need to have multiple apps and control switches for managing lighting, security, audio, video and other aspects of the connected home. All of these components can now be controlled by the ELAN system. In addition to integrating with Nest, Lutron, DISH and other popular subsystems, ELAN enables voice control through Amazon Alexa to access its common control functions.

Security is an important part of the enhanced smart home experience and the new ELAN 8 steps up its functionality with a new dynamic video transcoding feature. This enables ELAN to pull high bitrate video from popular cameras and door stations and dynamically transcode those videos in real-time to ensure the video footage delivered to the user is of high quality, and that it’s reliably delivered to mobile devices.

ELAN 8 adds an all-new media tab and streaming interface, with a new ‘zone’ sleep timer function. All updates display the flexible elegance that users have come to expect from ELAN. The new channel guide and ‘TV favourites’ interface lets everyone in the home manage their own channel favourites and family members can group media zones ‘on the fly’ for the most responsive entertainment experience possible. The update adds new slider controls, hundreds of new subsystem icons and a custom tabs option and integrates Microsoft Outlook, Google Gmail and Apple iCal into the ELAN calendar module, for a seamless fit with the homeowner’s lifestyle.