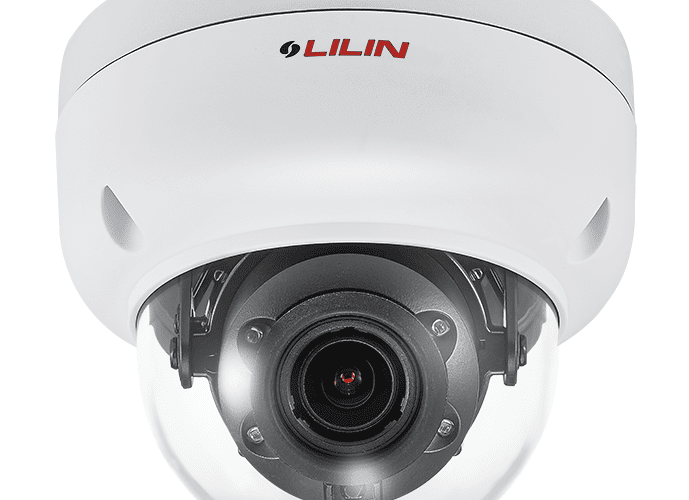 Merit LILIN is starting off the new year with a bang, with the firm expanding its 4K range of security cameras with a new 4K mini dome, while it has also announced the promotion of its UK sales manager to the role of CEO.

The ZHR6482EX2 dome camera promises to provide four times the pixel resolution of a standard HD camera, which should help with the identification of would-be intruders. The 4K ZHR6482EX2 is made even more effective thanks to the addition of autofocus and a motorised zoom lens; it’s this zoom lens which should make the 4K resolution infinitely more useful than other 4K cameras on the market, such as the Nest Cam IQ, which predominantly rely on the higher resolution for better digital zoom.

While Merit LILIN is having to contend with consumer-grade smart cameras from Nest, Ring and Arlo, the firm’s range is arguably the smartest and most versatile currently on the market. That’s largely thanks to a huge array of different options from PTZ to facial recognition cameras and everything in between. Each of the company’s smart cameras also offer advanced features such as Tripwire, Tamper and Advanced Motion Detection.

Availability of the new ZHR6482EX2 has yet to be announced.

In non-product news, Merit LILIN Ltd now has a new CEO, as Steve Liddiard has been promoted from the UK sales manager role. Taking the helm of the Taiwanese camera manufacturer’s UK arm from January 2, Steve brings 34 years of experiences in the security sector to the company.

“I am honoured to have been selected for this promotion and excited to begin this new role as a new step in my LILIN journey. I have every confidence in both my UK team and overseas colleagues that together we can continue to expand and provide high-quality products, services and innovative solutions to our customers,” he noted in a statement.

Steve brings to the role 34 years of experience in the security sector in both sales and print magazines, with 15 of those years spent within Merit LILIN. Steve has steered his LILIN UK sales team through the transition from analog to IP to expand LILIN’s business on integration into the custom install market.

Mr. Hsu, the company owner, says of the appointment, “I am thrilled that Steve has accepted the role of CEO for LILIN UK. His work for LILIN has always been of the highest quality standard and his enthusiasm for our work unparalleled. I am excited to see what the next year brings under Steve’s fantastic leadership and re-energised staff.”