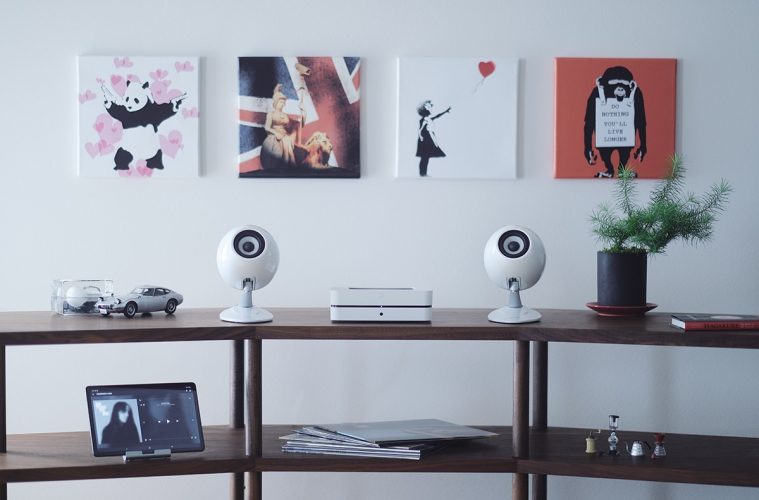 ECLIPSE has launched a new loudspeaker, the company’s first new model in seven years. The new TD307MK3 is a compact, full-range speaker for the modern music lover. Several years in the making, the TD307MK3 benefits from the latest ECLIPSE technologies, ready to deliver today’s high-resolution music. It directly replaces its predecessor, the TD307MK2.

Developed and refined in the Kobe factory in Japan, the new TD307MK3 features the same technologies as ECLIPSE’s upmarket models at a fraction of the price. Highly flexible, the TD307MK3 can be used for more than just music: a clever integrated mounting bracket with angle adjustment enables wall- or ceiling-mounting for a range of A/V applications, including custom installation projects.

At the heart of the new TD307MK3 is a new high-performance 6.5cm full-range fibreglass drive unit upgrade (the first-time fibreglass has been used in the TD307 series). The new driver is supported by 12 key improvements, many of which help it deliver its full potential.

A new, larger ‘repulsive’ neodymium main and sub-magnet system have been implemented to provide greater power for the new driver. The magnet system not only increases efficiency, but perfectly complements the material, helping to deliver a wider frequency response, especially in the bass region: the TD307MK3 has an 80 Hz–25 kHz range.

The new fibreglass cone also benefits from greater speed, lower vibration, greater dynamics and a lower noise floor. Vibration has been reduced by 50% over its predecessor and ECLIPSE’s engineers have achieved an 80% increase in linearity.

The unique ovoid cabinet now has a greater volume to provide an improved environment for the new driver which now moves a greater volume of air. Further improvements include a new, improved terminal arrangement, that accepts both bare wire and banana-terminated speaker cables, plus a new cable-routing design, with the ability to both accommodate larger cables and obscure them from view (for desktop users).

Of course, the TD307MK3 also benefits from ECLIPSE’s established, time-proven proprietary technologies, including the diffusion stay, where the drive is internally mounted onto a vibration-eliminating five-pillar stay, and the mass anchor, giving a solid support for high-speed cone movements.

Achieving great sound quality for music, movies or TV is simple with the integrated angle adjustment which provides -25 to 30 degrees of movement when placed horizontally, plus 0 to 90 degrees when used on a wall or ceiling.

Commenting on the new model, Masaya Shirai, ECLIPSE’s Sales Executive (outside Japan) says, “There are lots of great loudspeaker systems in the UK, however, there is something unique in what ECLIPSE does in terms of ‘sound space reproduction’. We are proud to launch the TD307MK3 which achieves sound space reproduction just as well as ECLIPSE’s higher-performance models. We hope music lovers will find an opportunity to experience them and ‘see’ artists perform in front of them, instead of just listening to loudspeakers.”