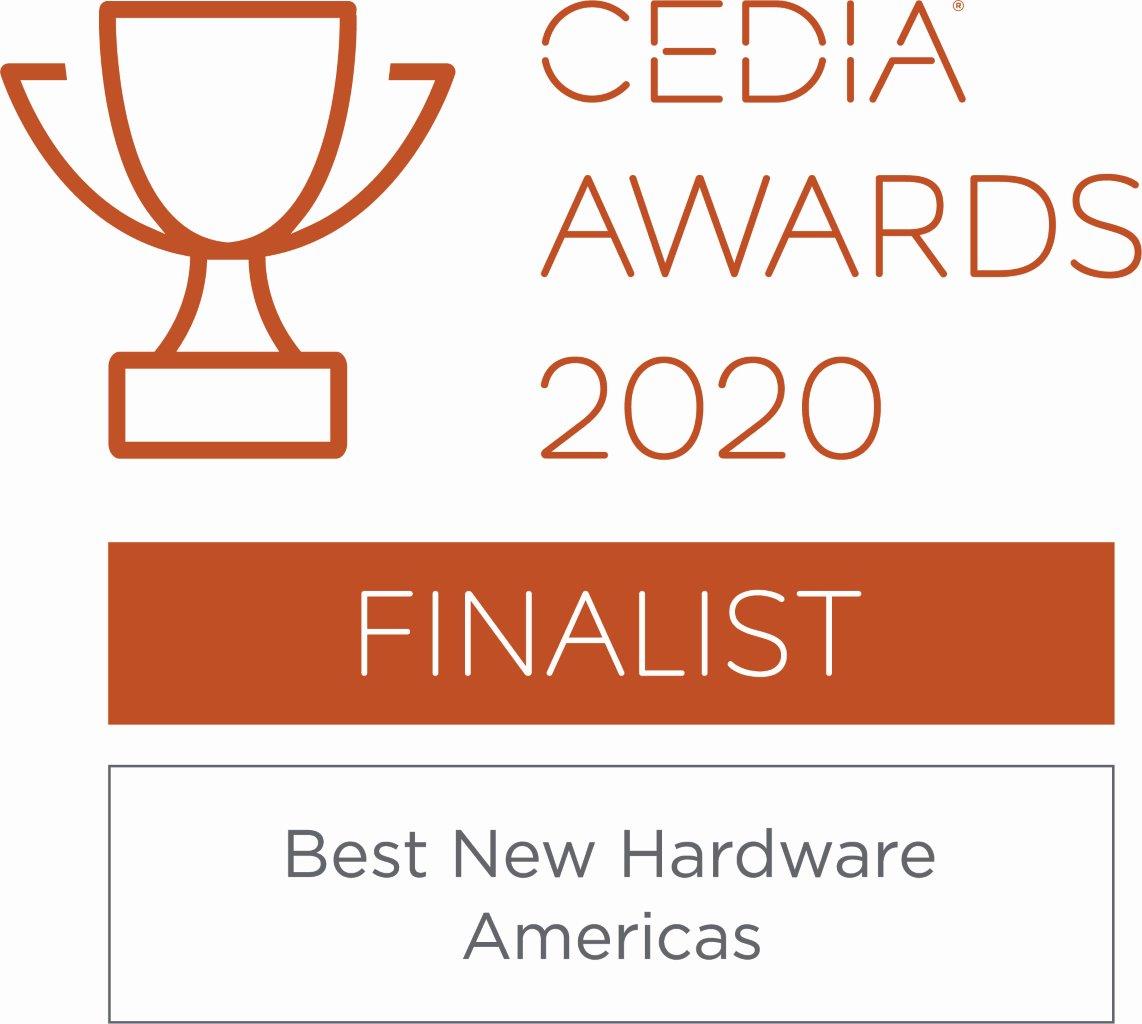 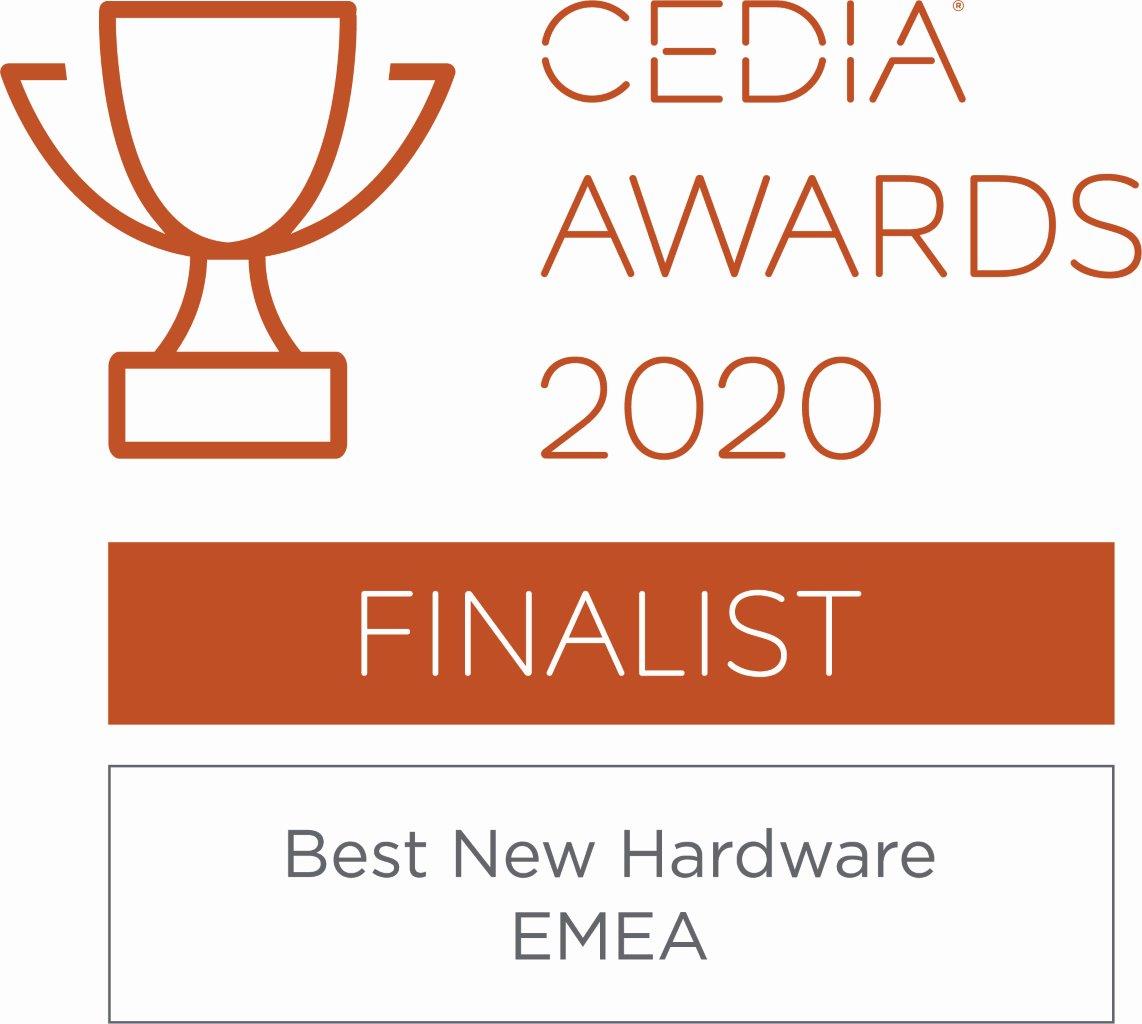 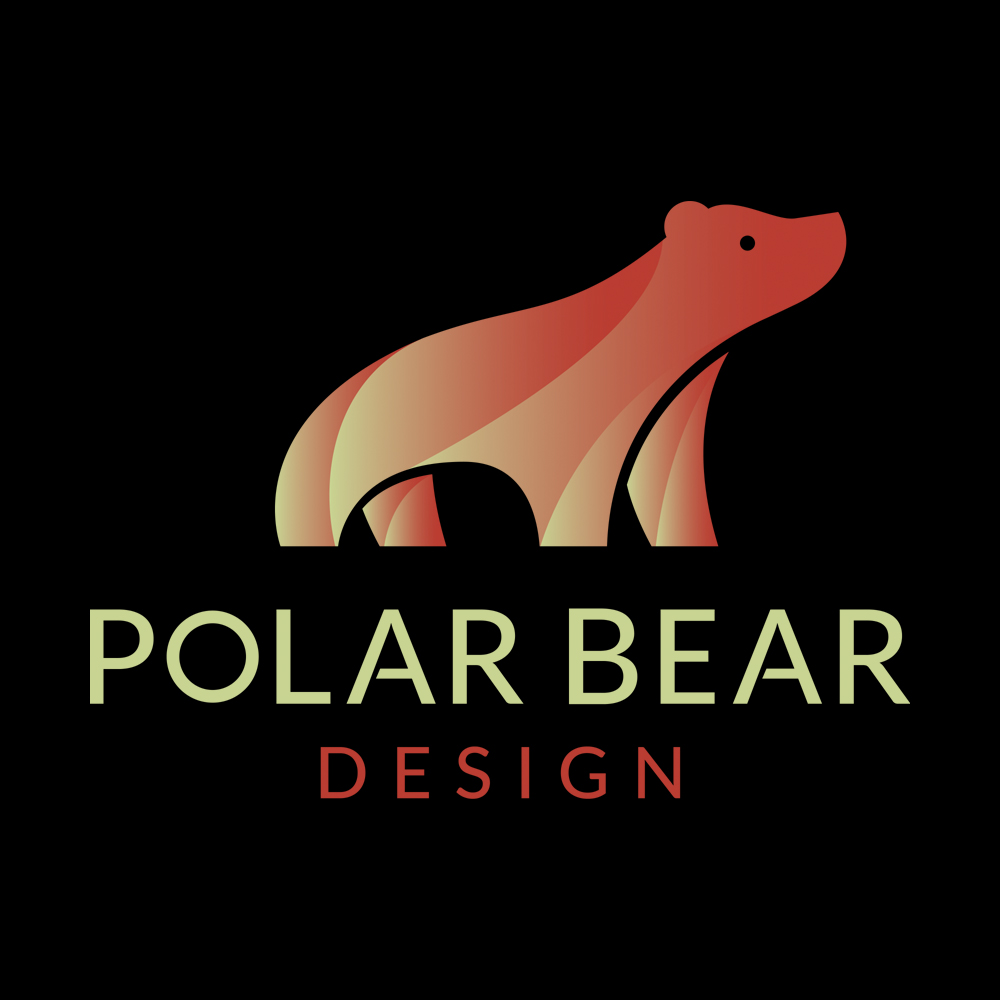 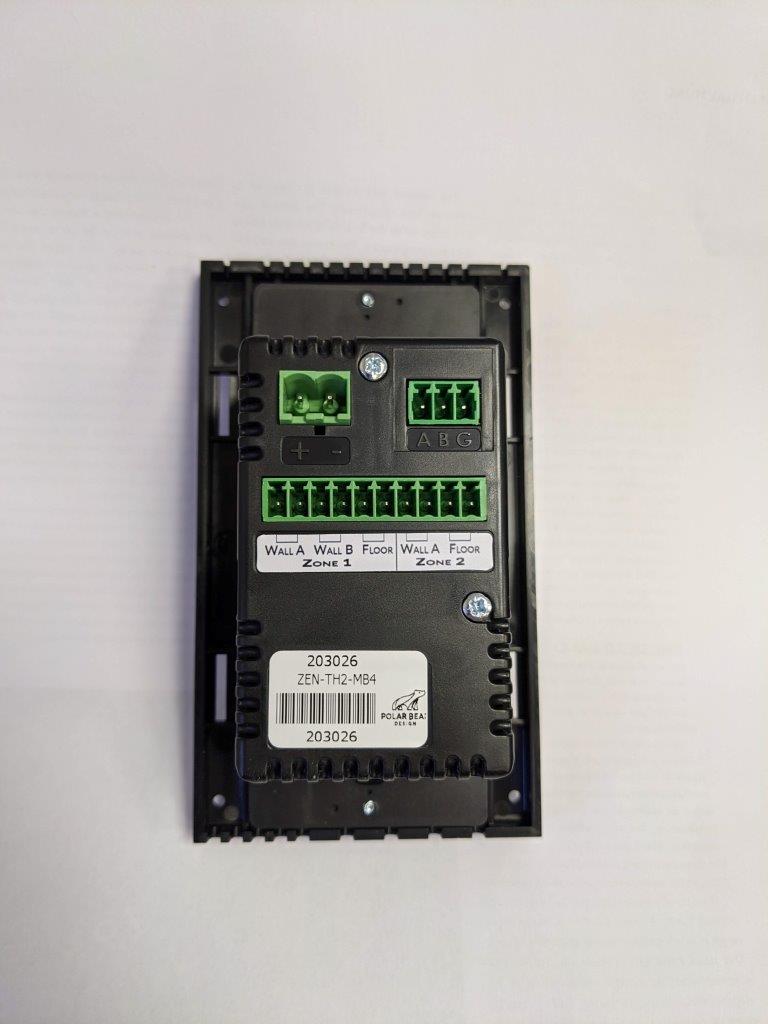 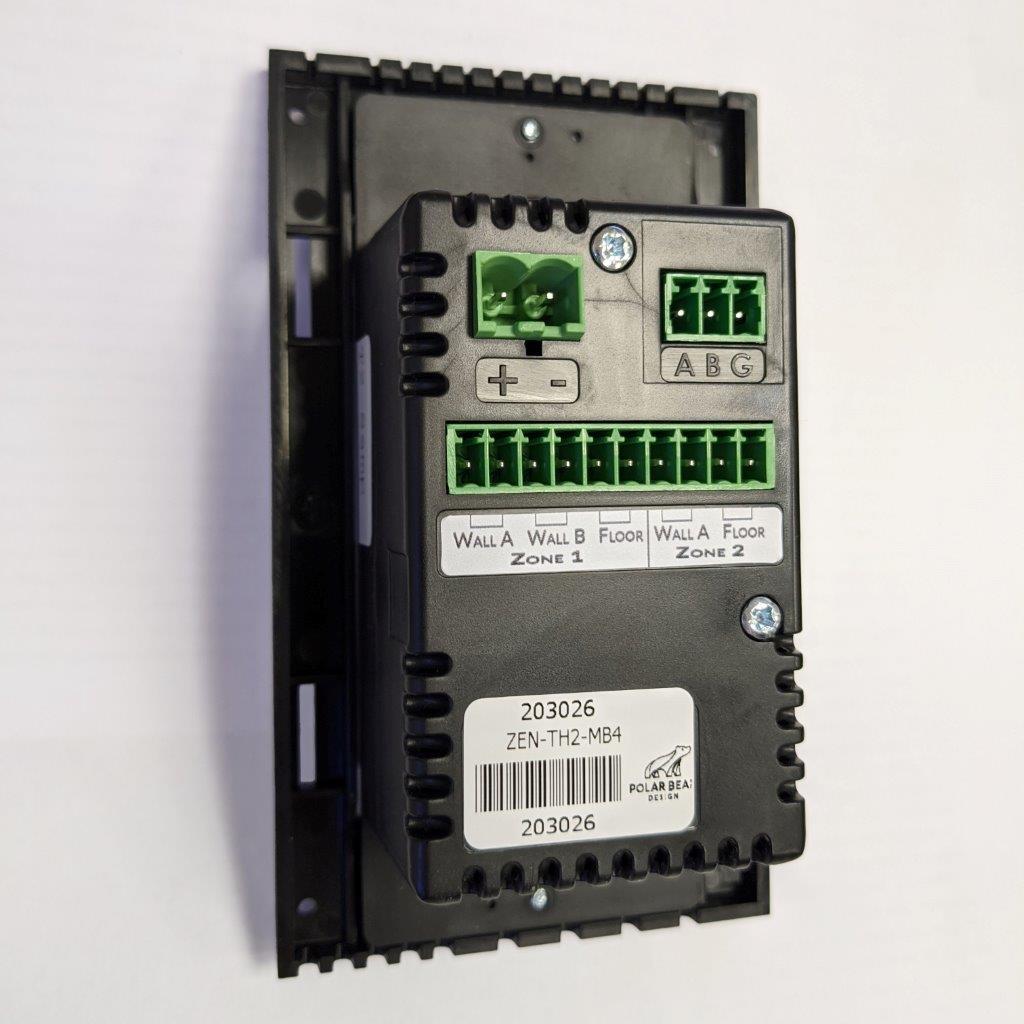 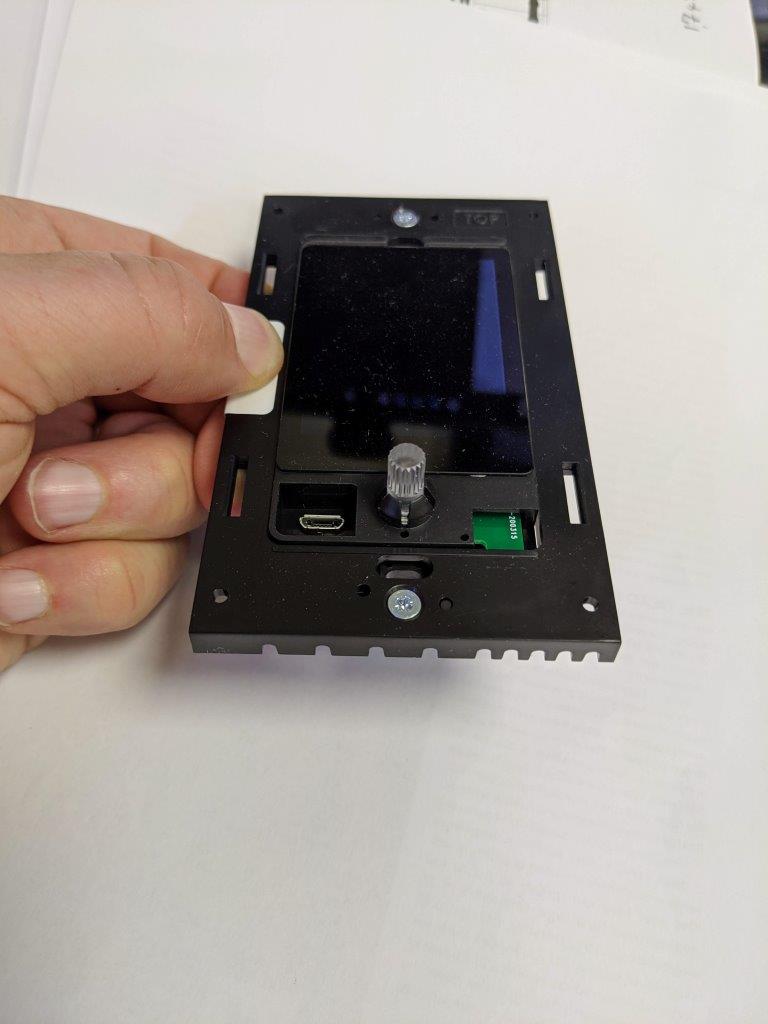 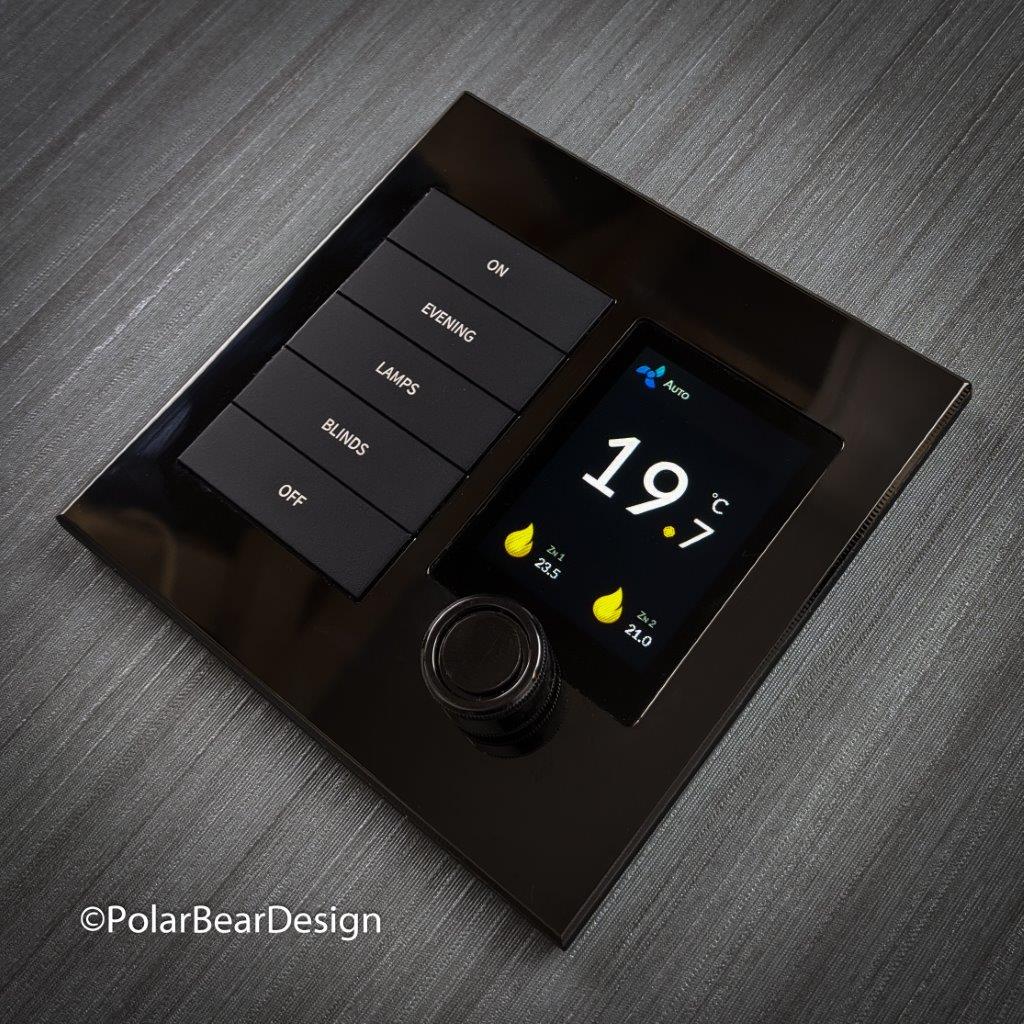 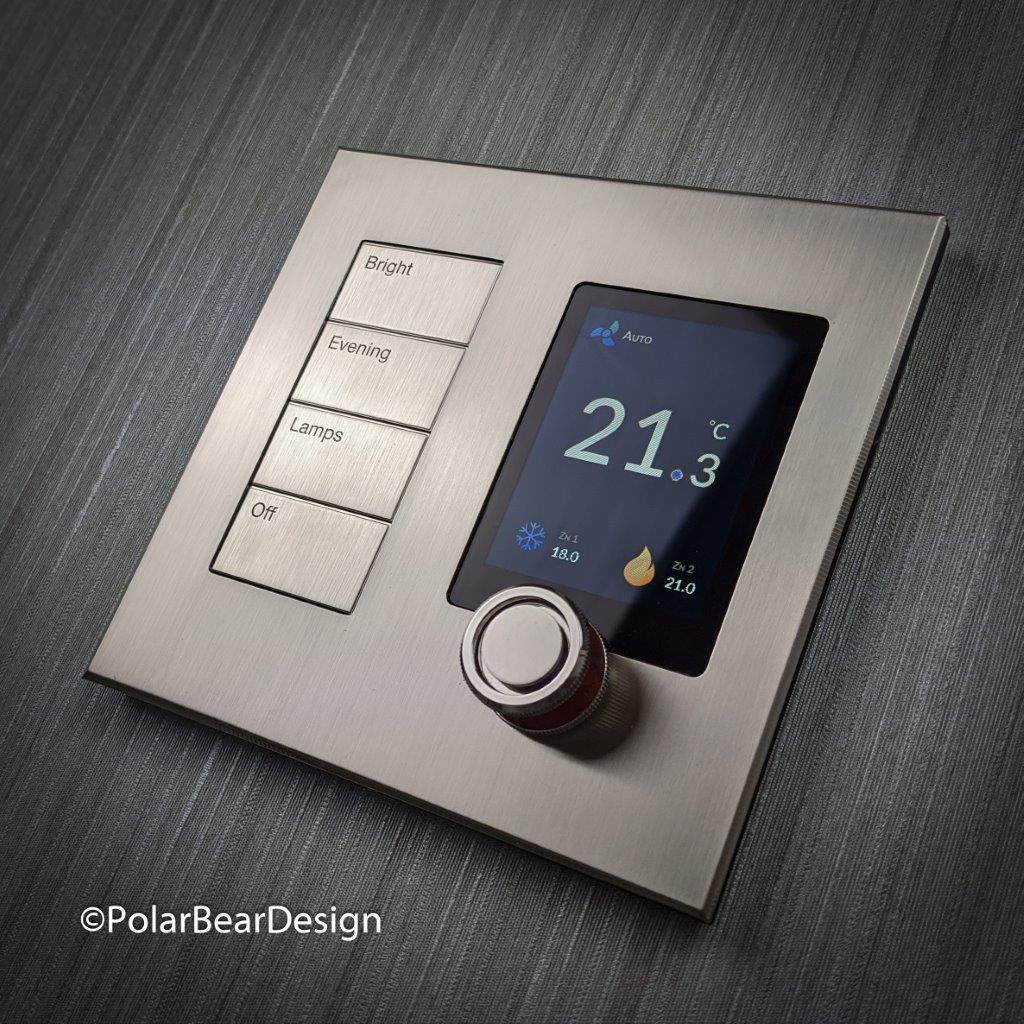 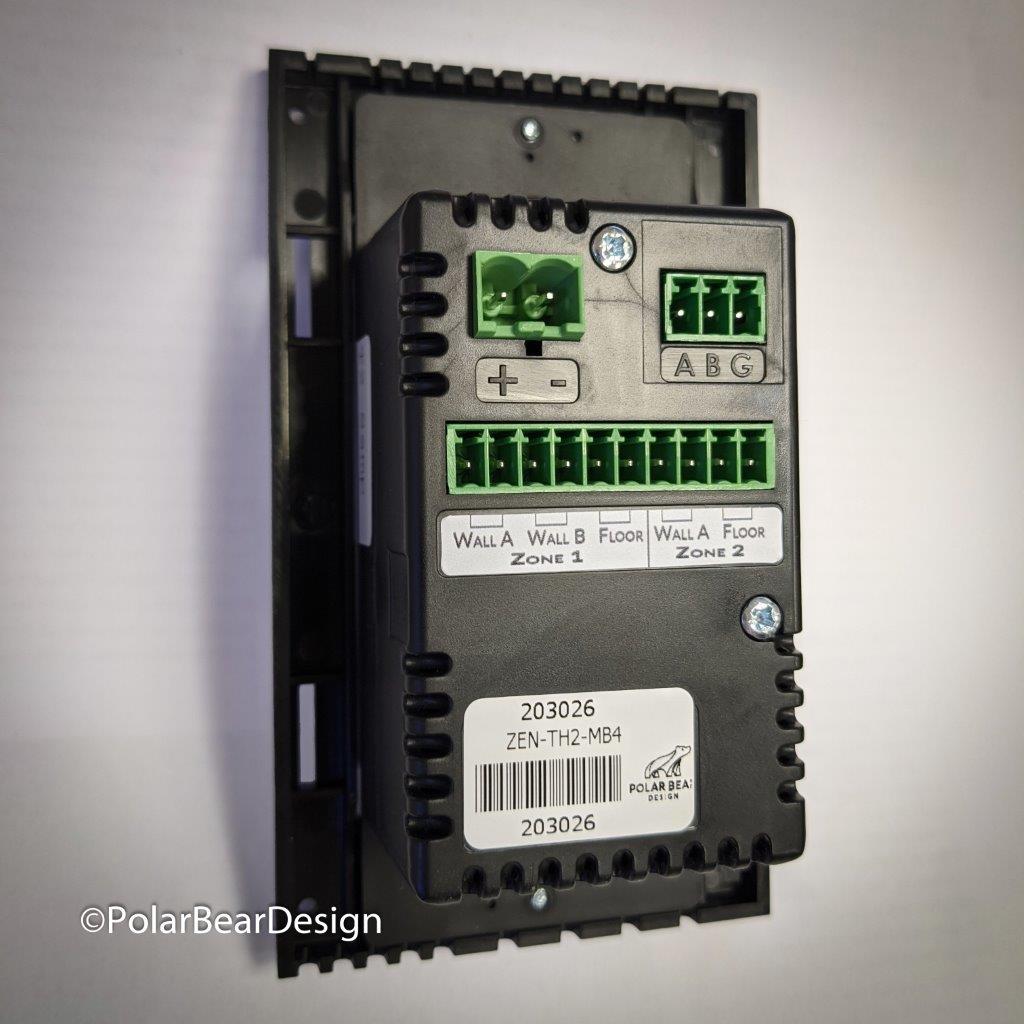 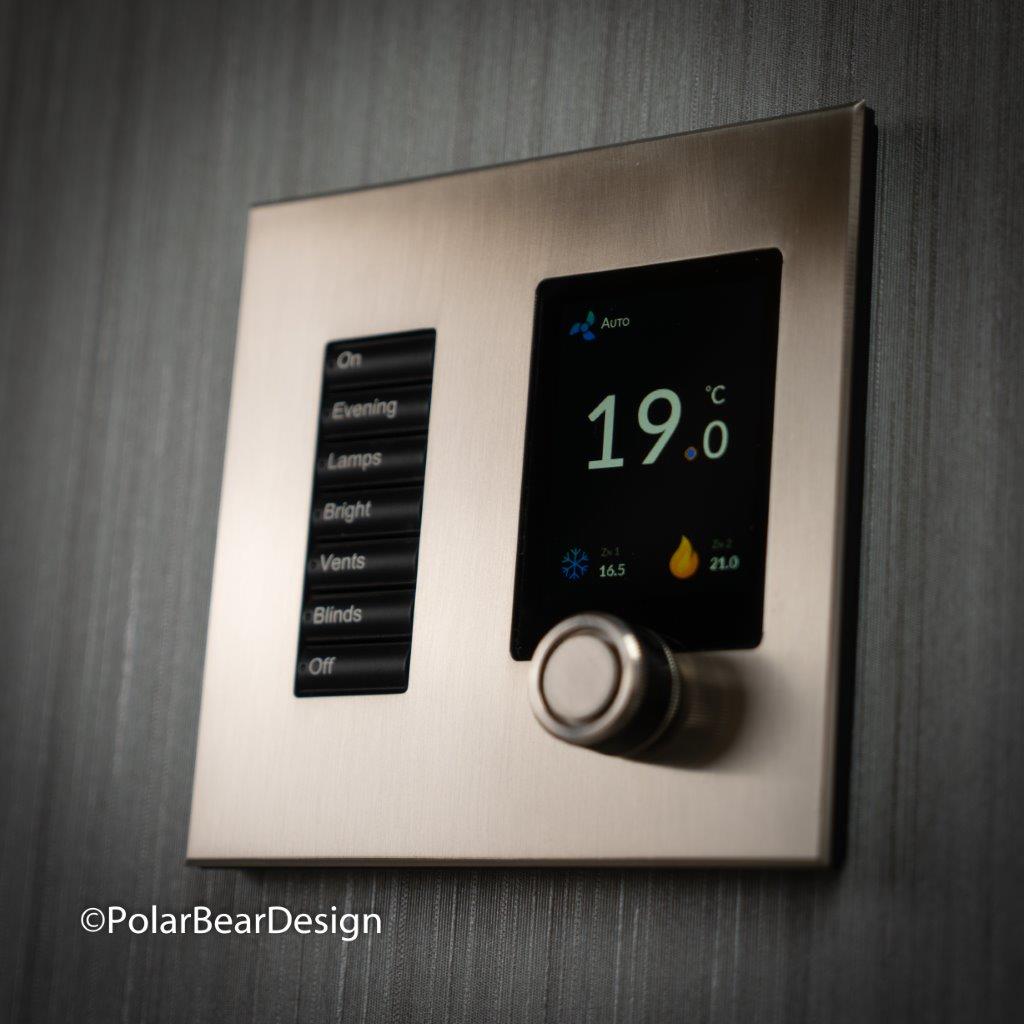 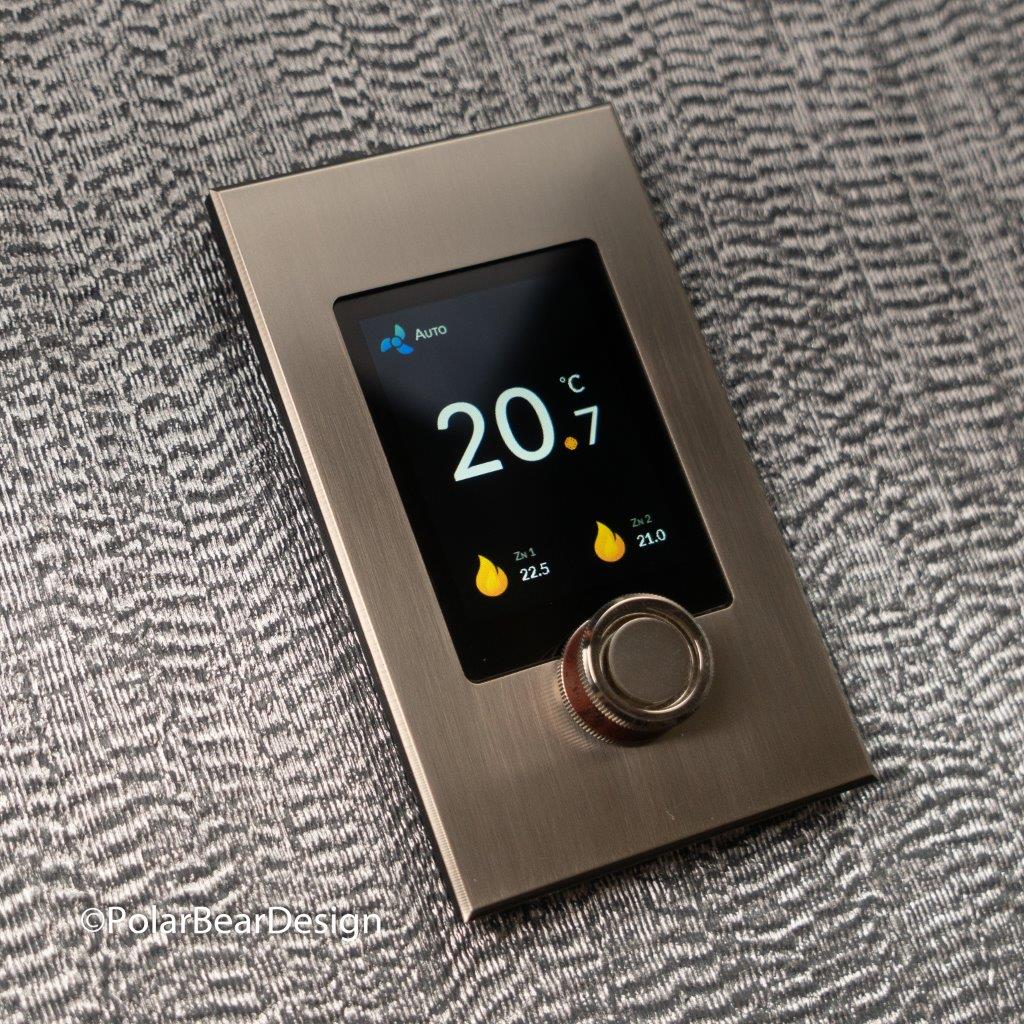 Polar Bear Design has announced that the company is a finalist in the CEDIA Awards Best New Hardware of the Year category on both sides of the Atlantic!

Polar Bear Design has reached the finalist stage of the CEDIA Awards for the first time and in what EI thinks is a first, certainly for a UK maker, the entry for the Zentium Thermostat has been recognised in both the Americas and EMEA regions.

The Best New Hardware section of the awards was set up to recognise CEDIA member manufacturers and features products operating on the global stage. The winners are set to be announced on October 8 of course during the 2020 awards presentation which this year takes place as a virtual event. Sign up to watch the awards is  here.

In reaching the final of the awards, Polar Bear Design underlines it is competing with some of the largest and well-known companies in the smart home and AV sector. This year’s finalists include Barco Residential, James Loudspeaker, Leon Speakers, Lutron Electronics, Savant Systems, Sonance and Trinnov. All these companies have considerably more resources at their disposal than Polar Bear Design, so the company is rightly proud to have reached this stage.

However, as the company also points out, the product is a really strong one and arguably takes the luxury thermostat to new levels.

The company argues that the success experienced so far, not just in being recognised in the CEDIA Awards, but with customers around the globe, is a strong mixture of form, function and integration.

Polar Bear Design feels the Zentium delivers in all these areas and puts the user right at the heart of controlling their cooling and heating. Installation products that are not simple to use, will not be successful and the maker has said right from the start of creating this product, ‘there shouldn’t be a learning curve to use a thermostat.’

A really important element to its ease of use, is the thermostat’s control dial, called the ‘digital crown’. Not only is it designed to look great and feel pleasantly tactile to use, its function is universally understood as immediately the user knows ‘how’ the main control interface works.

If the user turns the crown ‘up’ this increases the room’s temperature, turning it ‘down’ will decrease the temperature. The physical and visual cues do not end there, the user gets feedback via attractive coloured numbers on the wide-angle viewing display. As the crown is turned, a warm orange is used to indicate the temperature is going up and a cool blue is used if it is coming down.

Once the action is completed, the crown glows either blue or orange and the screen displays an orange flame or blue snowflake symbol to confirm the direction the temperature is going in. If the space or property requires further functionality available to the end user, these can be accessed by pressing the crown. Each press cycles from one feature to the next.

The key here is that only the features the user wants to see can be accessed via the interface. If a feature is disabled by the installer, it will not appear to the end user, reducing any potential confusion.

Delving deeper into the product’s abilities, the Zentium thermostat has a built-in temperature and humidity sensor that it uses to maintain room temperatures. Not only does this deliver the required functionality, but also cuts down on unnecessary sensors around a property, again adding aesthetic and practical advantages to any project.

This enables the unit to average out temperatures across larger rooms, taking the temperature of the floor, or providing control of a second area. These extra inputs can also be used as an input hub to return temperatures to the main BMS system, this helps to reduce cable runs and adds another practical benefit to the installer.

Efficiency is of course important and as the Zentium controls the requests for heating and cooling, it manages any potential issues of the room cooling and heating at the same time or in close succession, making the different systems work in harmony.

Polar Bear Design adds that the Zentium also has reliable tricks up its sleeve to ensure underfloor heating works efficiently.

Another issue is the difficulty of controlling VRV or VRF cooling units which have their own built-in temperature sensor. This measurement can often be different from that measured by a wall mounted temperature sensor and so systems lack harmony as the cooling unit does not follow the setpoints initiated by the client because it is using its own reading.

The Zentium deals with this scenario as it can be set to use a ‘virtual’ temperature sensor allowing the cooling system to send its temperature reading to the Zentium. The Zentium then uses this as its own room temperature and displays it to the user, while also using it to calculate its internal control strategy.

Compatibility in the field is also important and the information collected by the Zentium is made available over an open standard, Modbus communications protocol. This provides lots compatibility options with manufacturers of both HVAC/BMS and the AV controls industry. Using this protocol means that any changes made elsewhere from a touchscreen, remote apps or a scheduling feature are automatically replicated on the Zentium.

In addition to the issue of compatibility, its maker says the Zentium has been created to offer a ‘best of breed’ option when installing Crestron, Lutron, Control4, Savant and Elan automation platforms. Polar Bear Design says that working in concert with these systems means installers do not just have a high-performance thermostat and controller, they have a repeatable business model that will benefit their projects and relationships with other trades such as with HVAC and BMS companies.

Other features of the Zentium underlined by the maker include the fact that the faceplate and digital crown can be fitted after commissioning, avoiding the more hazardous phase of the build during first and second fix. After the Zentium is fitted and tested and the property has been decorated with the clients settling on the design scheme, the face plate and digital crown are simply clipped into place.

Custom finishes allow the installer to individualise their offering and match the interior scheme of the property, there are also optional cover plates to match Crestron or Lutron systems.

Pluggable terminals mean the cables can be tested, products set up and initial staging can take place at any time after first fix providing more time to the installer and avoiding any rush during the final commissioning stage.

The Zentium base unit and face plate can be ordered separately, allowing the installer to control cash flow within the lifetime of the project. The product also has a USB port behind the face plate allowing for smooth feature upgrades.

Polar Bear Design is also keen to support its install partners with strong margin and trade protection, that is why the Zentium is only sold to approved trade dealers.

Full report of course on all of the CEDIA Awards winners after the event on October 8.