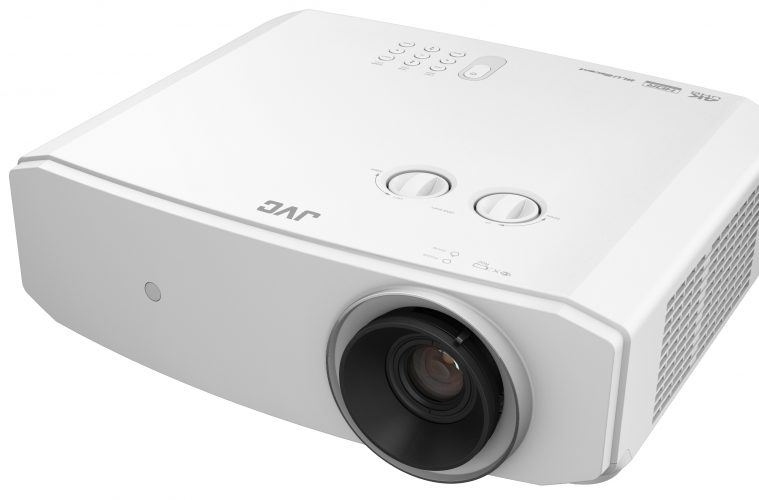 The projector supports HDR content, both HDR10 adopted for UHD Blu-ray and HLG (Hybrid Log Gamma) for broadcast cable, satellite and live TV. It automatically switches to the optimal picture mode based on the signal detected, allowing trouble-free HDR viewing without the need for manual adjustments.

The LX-NZ3 is equipped with JVC’s Auto Tone Mapping technology that reads brightness metadata in HDR10 content (Max CLL / FALL *2) and adjusts brightness for optimal HDR performance from one release to another.

In addition, JVC’s laser light source can control light output instantaneously for the most responsive brightness adjustment of all projected content. Unlike mechanical apertures, which introduce delay when adjusting light output, the LX-NZ3’s dynamic light control is designed to adjust the output of the laser according to the brightness of the scene, reproducing images that the manufacturer states appears consistently more natural.

It features lens shift with a wide ± 60% vertical, ± 23% horizontal range, and is equipped with a 1.6x zoom lens that supports a projection distance of 3m to 4.8m for a 100-inch screen. This flexibility allows placement in a wide range of environments without the need for keystone correction, which can degrade image quality.

The JVC LX-NZ3 and its compact size is in part related to its use of the 0.47-inch Digital Micro-Mirror Device, which allows the projector to deliver high resolution 4K images from a shelf, on a table or discreetly installed in a living room or media room.

Habitech is offering the LX-NZ3 in either black or white finishes.