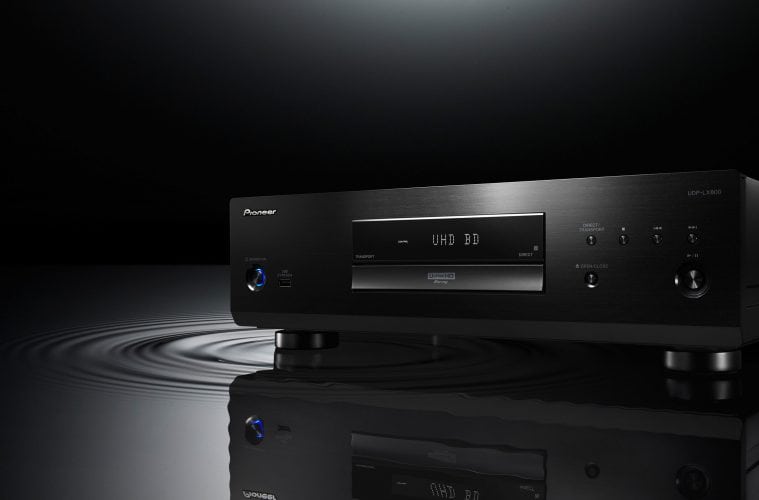 Since Oppo’s exit from the AV industry, Pioneer has stepped up to the plate to fill the gap in the market. That’s why it announced the UDP-LX500 last month, although it turns out that’s not the only 4K Ultra HD Blu-ray player the company had up its sleeve. That’s because the firm has just announced its flagship device, the UDP-LX800.

While the UDP-LX500 promised to be all things to all people, the UDP-LX800 is specifically designed for those who want the best audio and video quality from their Ultra HD Blu-ray player. In fact, Pioneer even goes as far as describing as a ‘truly reference-grade product’.

Oppo was a popular brand among custom installers, but Pioneer’s work on audio proofing the UDP-LX500 earned it some fans. Thankfully, the same attention to audio proofing has made its way to the company’s flagship model. That means the mechanical structure of the body has been specifically designed to handle rotation speeds of up to 5,000 rpm, thanks to a combination of a lower centre of gravity and a bunch of other techniques to suppress vibration. This includes:

Pioneer’s flagship player is not cheap, in fact, the UDP-LX800 costs £2199. That’s significantly more expensive than its first model, so one can expect a similar upgrade in quality. Thankfully, Pioneer has gone all out to ensure this is the best model it offers. That includes opting for parts and materials that it had tested, prototypes and trialled countless times. Thanks to this exhaustive process, the company is confident that it has created a player offering remarkable levels of electrical and signal purity, all the way from the power supply to the circuit paths taken by video and audio signals.

As an example of this, Pioneer says that these are some of the key areas it has invested heavily in:

The UDP-LX800 has a comprehensive range of functions which allow users to further refine video and audio quality according to taste. Including: