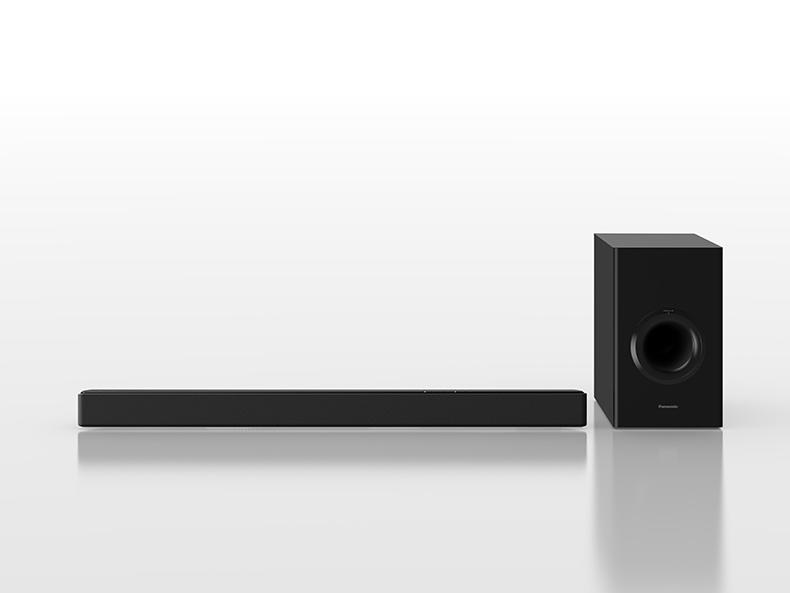 Panasonic may have been a little quiet at CES 2017, although that doesn’t mean the brand doesn’t have anything to showcase. In fact, it turns out the Japanese firm has quite a lot to debut – with two new soundbars and an OLED TV.

The SC-HTB488 should be the product Panasonic shifts the most, as it’s in the fastest growing AV category – soundbars. Basically this soundbar is designed to supplement a large screen TV in a home cinema setting, and boasts two independent speakers, offering a combined output of 200W.

Like many soundbars on the market, the SC-HTB488 connects to a subwoofer wirelessly, which is not the only wireless communication it offers. That’s because Panasonic has also included Bluetooth connectivity, allowing users to wirelessly share their music from either a smartphone or a tablet.

Alongside the SC-HTB488, Panasonic is also debuting the SC-SB1 soundbar concept. This too has Bluetooth connectivity, alongside an HDMI connection with 4K pass-through for connecting to a TV. This model is a little smaller, however, and its three speakers is only capable of a total output of 40W.

While soundbars are likely to shift, Panasonic is hoping to grow the market of OLED TVs – with the company announcing its second model, even though its first OLED has yet to ship. The new model is EZ952, and it’s designed to be more affordable than Panasonic’s flagship OLED, which was unveiled at CES 2017.

The EZ952 is actually two models, although the only difference between the two is size – with one offering a 55in display, while the other boasts 65in. Unlike the EZ1002, these OLED TVs are a little more traditional. That means Panasonic has ditched the unique detachable soundbar this time around, and has instead gone for a typical stand one would expect to get with a modern TV.

Despite lacking the soundbar, and the fact that these are designed as more affordable models, the other differences are slim. Both the EZ952 and EZ1002 will support Hybrid-Log Gamma technology when they launch, while they also feature the HCX2 processor that promises to retain detail even in the darker parts of the image.

Whether or not these TVs will be able to compete with LG’s reasonably affordable OLED sets, or Sony’s new premium offering, remains to be seen – although Panasonic will be hoping to at least steal some of the limelight when this TV goes on sale in June 2017.