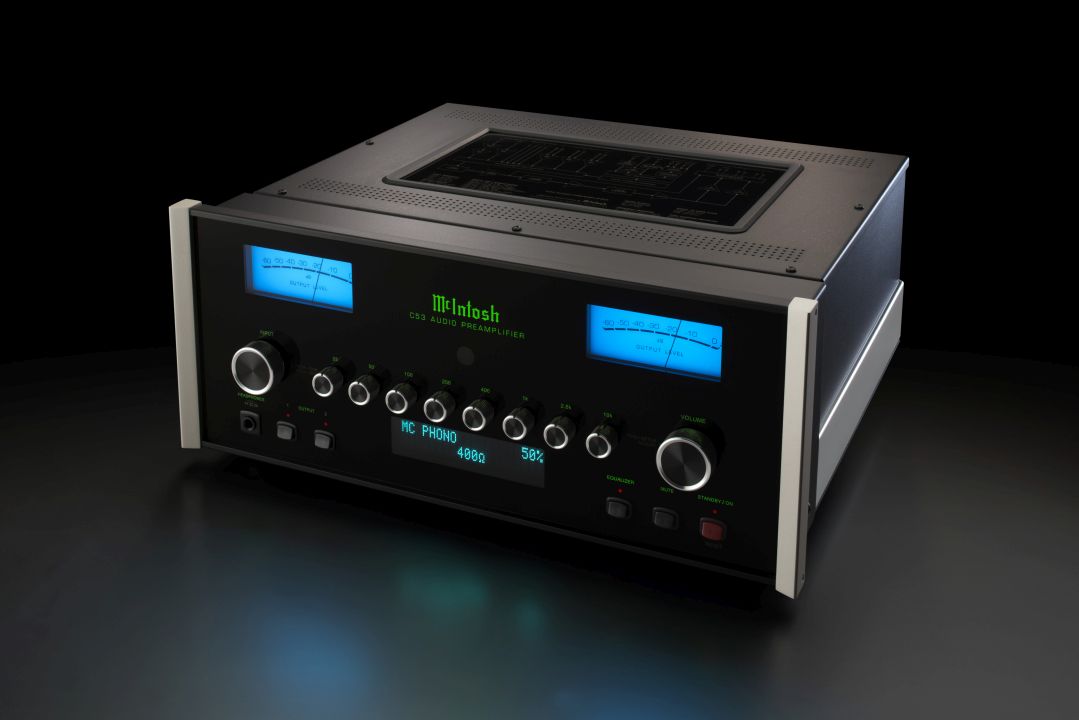 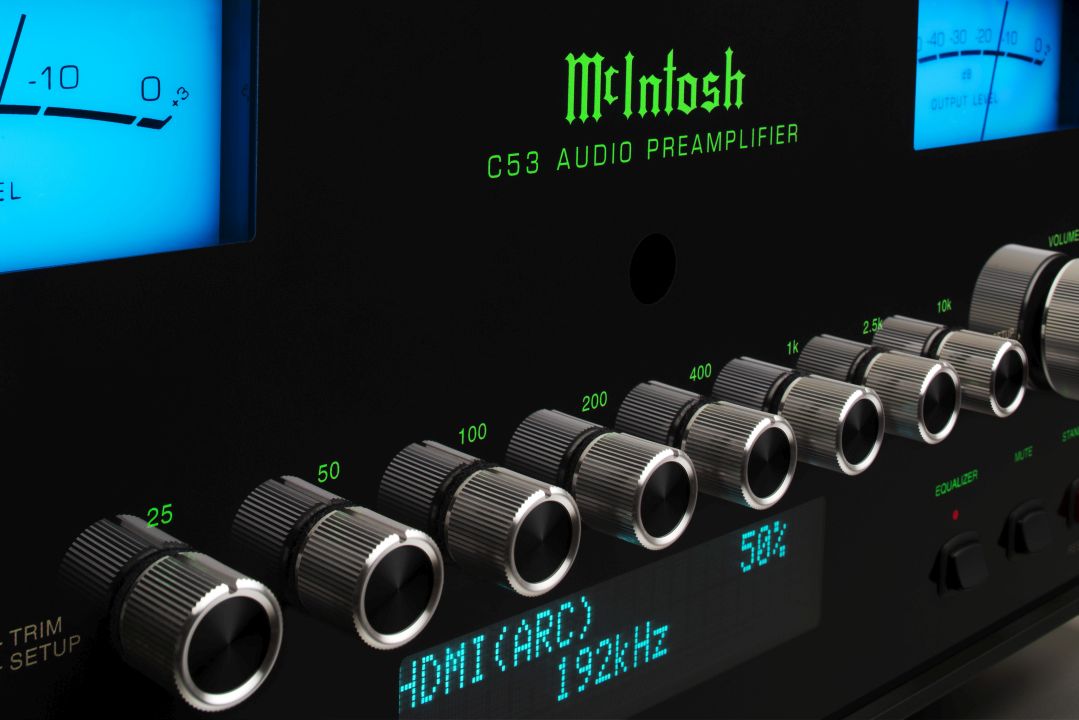 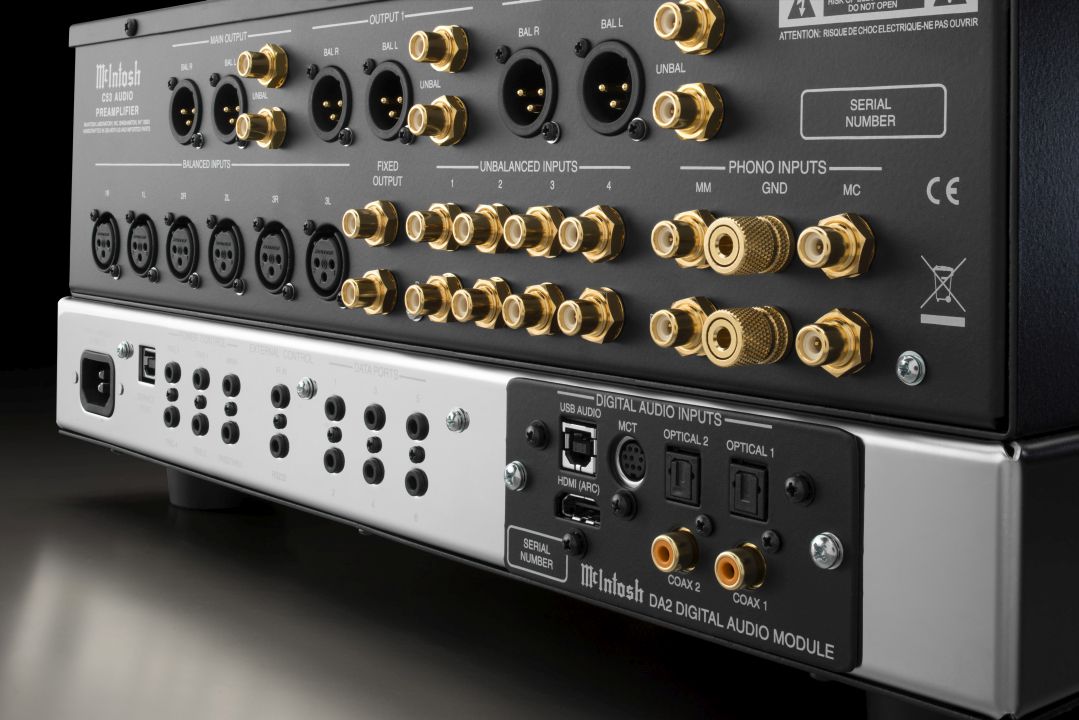 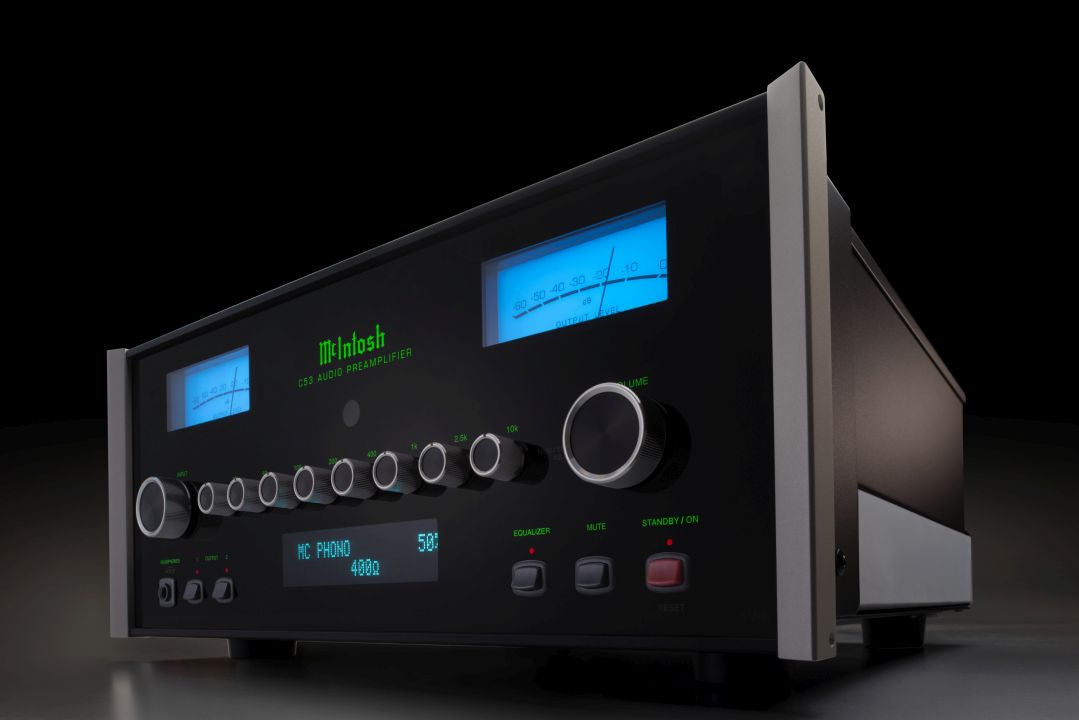 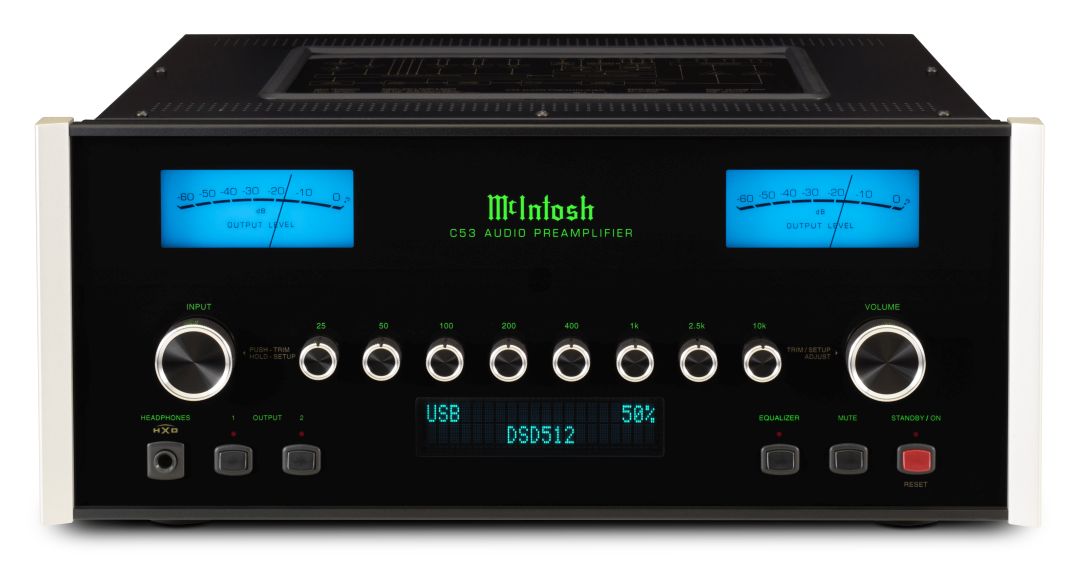 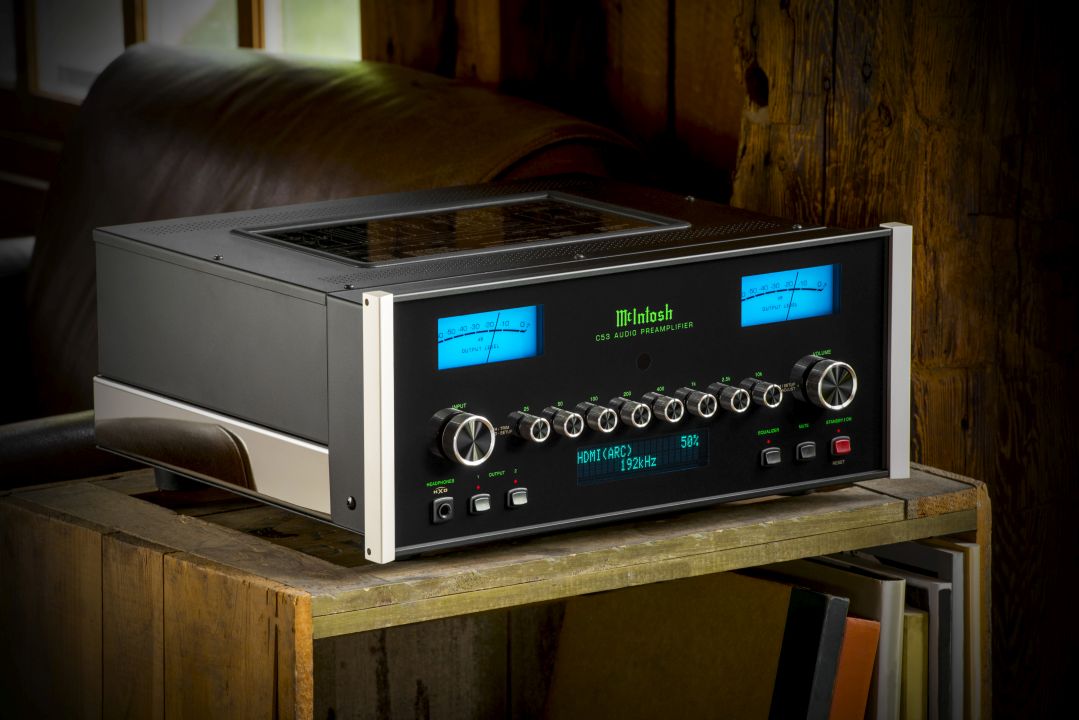 Of course, those familiar with McIntosh already know that the company’s line-up has featured a modular DAC for a number of years, but this model is the first to feature the new DA2 DAC. This boasts expanded capabilities over its predecessor, the DA1, which McIntosh says includes improved dynamic range and lower total harmonic distortion. This is also the first of McIntosh’s modular DACs to include an audio-only HDMI ARC input, which means installers can now hook up a TV to the device before passing it through an amplifier.

It’s not just TVs that can be hooked up to the McIntosh C53, however. In fact, with over 16 inputs, users can connect just about any device they could possibly own. Whether that’s a USB device, HDMI device or turntable. Those connecting USB devices will see the added benefit of the new DAC, as it supports native DSD512/DXD 384kHz playback.

Support has been maintained for Dolby and DTS multichannel formats, which are converted to two-channel, while the DA2’s coaxial and optical inputs offer 24-bit/192kHz resolution and its MCT input offers a secure, custom DSD connection for high-quality SACD playback when paired with a McIntosh MCT Series SACD/CD transport.

To fully integrate the preamp with varying room acoustics around the world, the C53 features an eight-band analogue equalizer with each band adjustable by ± 12dB. For late-night and personal listening, McIntosh’s High Drive Headphone Amplifier can power virtually any pair of headphones, and it’ll even enhance the audio through its Headphone Crossfeed Director (HXD).

Especially useful to custom installers will be the Home Theatre Pass Through feature, which McIntosh says, ‘seamlessly integrates the C53 into a home theatre system’. In addition, those wishing to use it in a media room will find the C53 compatible with CEC communication, meaning users only need to use the one remote for controlling the TV’s power and volume, as well as that of the C53.

While the C53 is the first preamplifier with the new DA2 DAC, McIntosh has stated that it plans to release the DAC on its own, allowing users to upgrade devices with the DA1 DAC. That means those devices can still be enjoyed decades into the future, and potentially saving the end-user a significant expense. A release date of the DA2 DAC has yet to be confirmed.

Those wishing to purchase the McIntosh C53 will be able to do so now, however it will not ship to UK dealers until August. Jordan Acoustics is set to distribute the product in the UK.