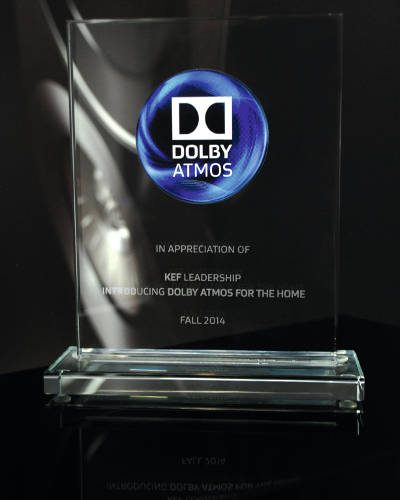 UK audio innovator KEF has won an industry award gong for its early innovation in developing the new surround sound format for the home, Dolby Atmos.

KEF developed a high-performance Dolby Atmos-enabled speaker, the R50 which has received much critical acclaim and has been subsequently installed, along with compatible KEF R Series speakers, at several Dolby offices around the world to demonstrate the sonic benefits of Atmos.

In addition, many audio dealer showrooms around the world have chosen KEF loudspeakers as the optimum way of demonstrating Dolby Atmos and in recognition of this.