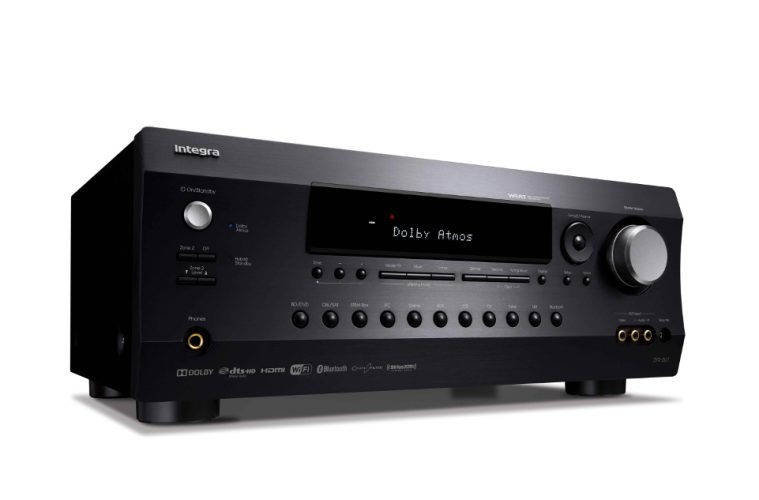 Integra has announced three new 7.2 channel network receivers, all of which are Dolby Atmos-enabled, two being primed for DTS:X.

All three models are ready for Ultra HD video and premium 4K content, each featuring HDMI and HDCP 2.2 compatibility that can pass 4K/60Hz video complete with 4:4:4 colour space and High Dynamic Range support.

Due to be made available this month for a recommended retail price of £1,000, the DTR-40.7 7.2 channel network receiver includes THX Select2 PlusTM certification and is Dolby Atmos-enabled and upgradeable to DTS:X.

It features HDBaseT technology, allowing HDMI audio/video signals to be transmitted over much longer distances with a more-easily-installed cable than a conventional HDMI connection.

The unit is optimised for whole-home distribution and can connect to compatible entertainment devices in the home via a single Cat5e/6 cable, making it particularly suitable for custom integration professionals. The unit can also take digital audio (both coax and optical) and send to Zone 2.

Meanwhile, the DTR 30.7-7.2 channel network receiver is available now for £850 and supports the latest Dolby Atmos and DTS:X formats, 4K/60Hz video and an array of network options.

Boasting Integra sound and 170W at 6Ohms, the DTR 30.7 features the same network connectivity as the DTR-40.7 but goes further by adding Wi-Fi and Bluetooth connectivity.

Priced at £700, the DTR-20.7-7.2 channel network receiver is also available now and is ready for Dolby Atmos, boasting many of the same components as the DTR-30.7, including the 384kH 32-bit digital-to-analogue conversion from AKM.

Offering 115W at 6Ohms, the unit features six HDMI inputs and one output (4K Ultra HD/HDCP 2.2). Also on board is an Advanced Music Optimiser to improve compressed digital audio quality and a proprietary CinemaFILTERTM that restores the correct tonal balance of a film soundtrack in the smaller environs of a home theatre.

DTS:X launches as a competitor to Dolby Atmos, but how does it differ?