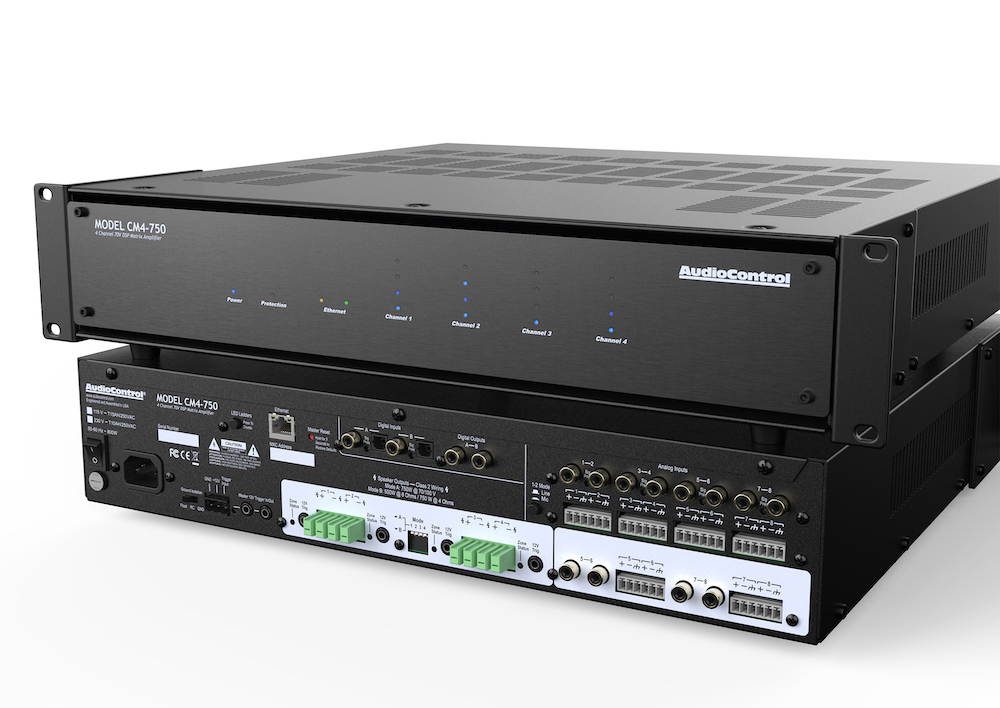 AudioControl will be expanding its amplifier offering at ISE 2019, with the company set to announce a new CM line of 70/100V amplifiers, new home cinema amps, and a solution for those with smart speakers.

The biggest launch for AudioControl at ISE 2019 will arguably be in new CM Series 70/100V amplifier solutions, which deliver 750W per channel all-channels-drive. These new amplifiers have been specifically designed with flexibility in mind, allowing for nearly any system configuration. That makes it ideal for both residential and commercial applications.

AudioControl’s new Rialto 400 features a smart-switching auxiliary input capable of overriding both digital and analogue inputs when it senses signal. This enables the user to query using voice commands on Amazon Echo or Google Home and rely on the Rialto 400 to pause either input, provide the response from either automated device and immediately switch back to whichever input was active.