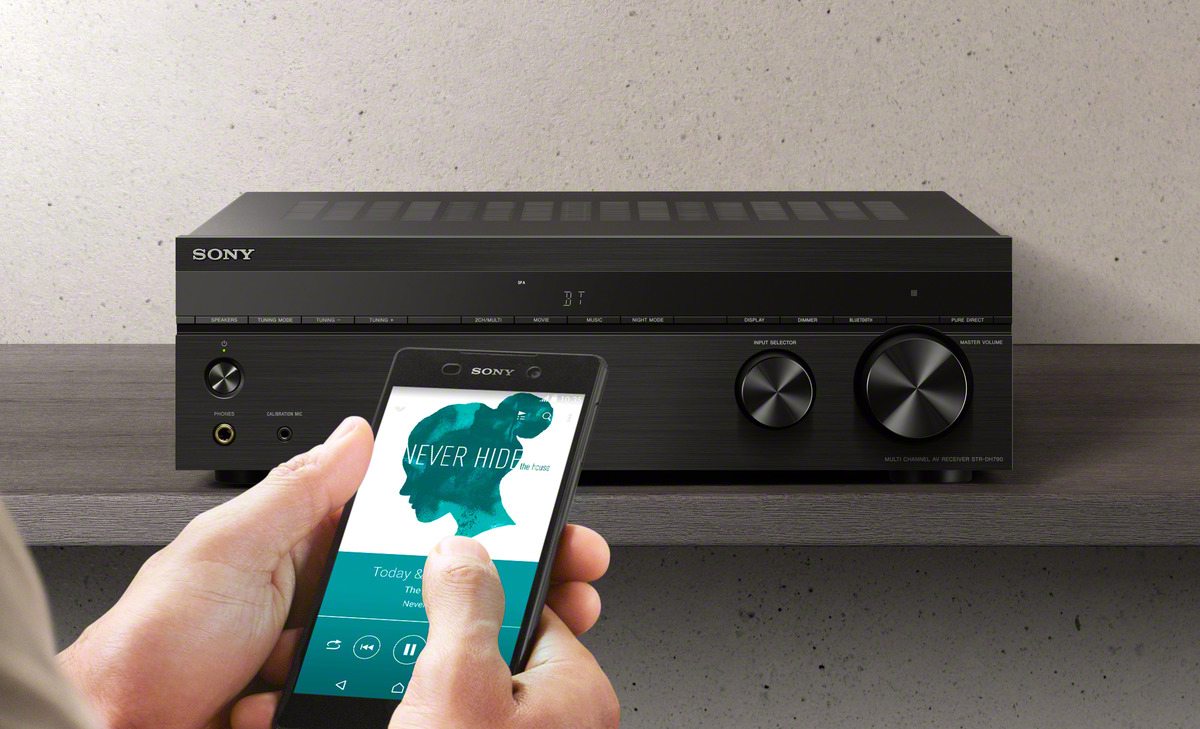 AV manufacturers are making it harder than ever to resist the alluring call of 3D audio, with CES 2018 offering a myriad of options to consumers. The easiest way to upgrade is by buying a soundbar, but Sony is going back to basics – with the company debuting a brand-new Dolby Atmos and DTS:X AV receiver in Las Vegas, and it comes with a wallet-friendly price.

The STR-DH790 isn’t Sony’s first attempt at a Dolby Atmos AV receiver, but it is the company’s most affordable. That’s because its features list is a little more basic than the company’s current offering, the STR-DN1080. That’s why the slightly lower price may not be enough for most consumers.

Sony’s new AV receiver offers a flexible 5.1.2 Channel configuration, with both Dolby Atmos and DTS:X support. This is a noticeable climb-down from the 7.1.2 support that was offered on the STR-DN1080, thanks to that model’s support for a technology called ‘Phantom Surround’. Thankfully, support for 4K, HDR10, and even Dolby Vision is still present on the newer model.

There are advantages to only supporting 5.1.2 Channel support, however. The STR-DN1080 has a height of 156mm and a depth of 331mm, while the STR-DH790 is relatively svelte at just 133mm and 297mm, respectively. Unfortunately, the slimmer dimensions come with a slight sacrifice of power output, with the new model capable of 145W, compared to 165W on its predecessor.