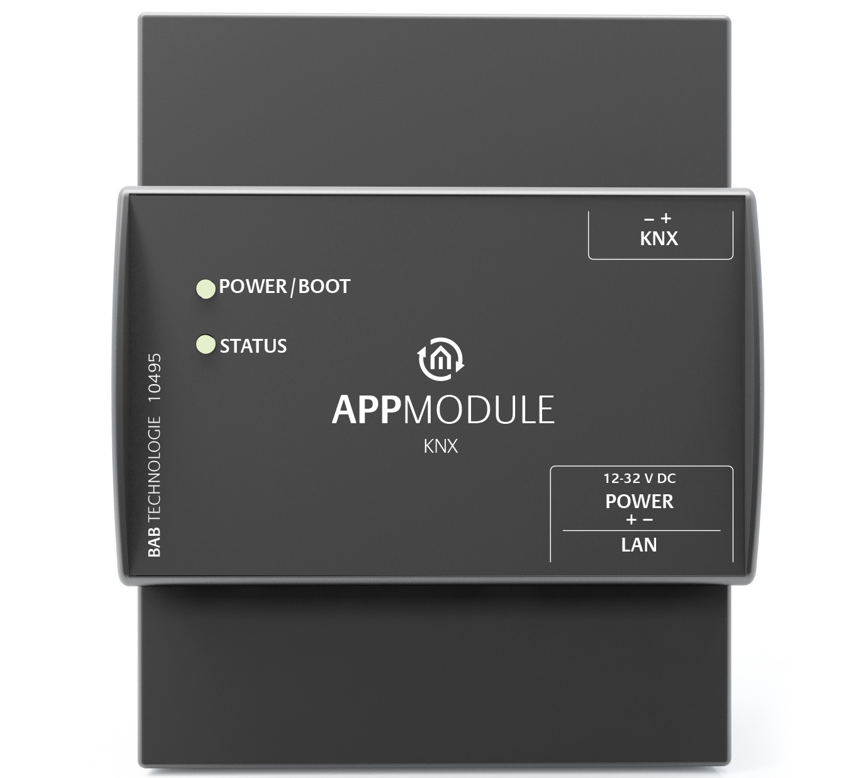 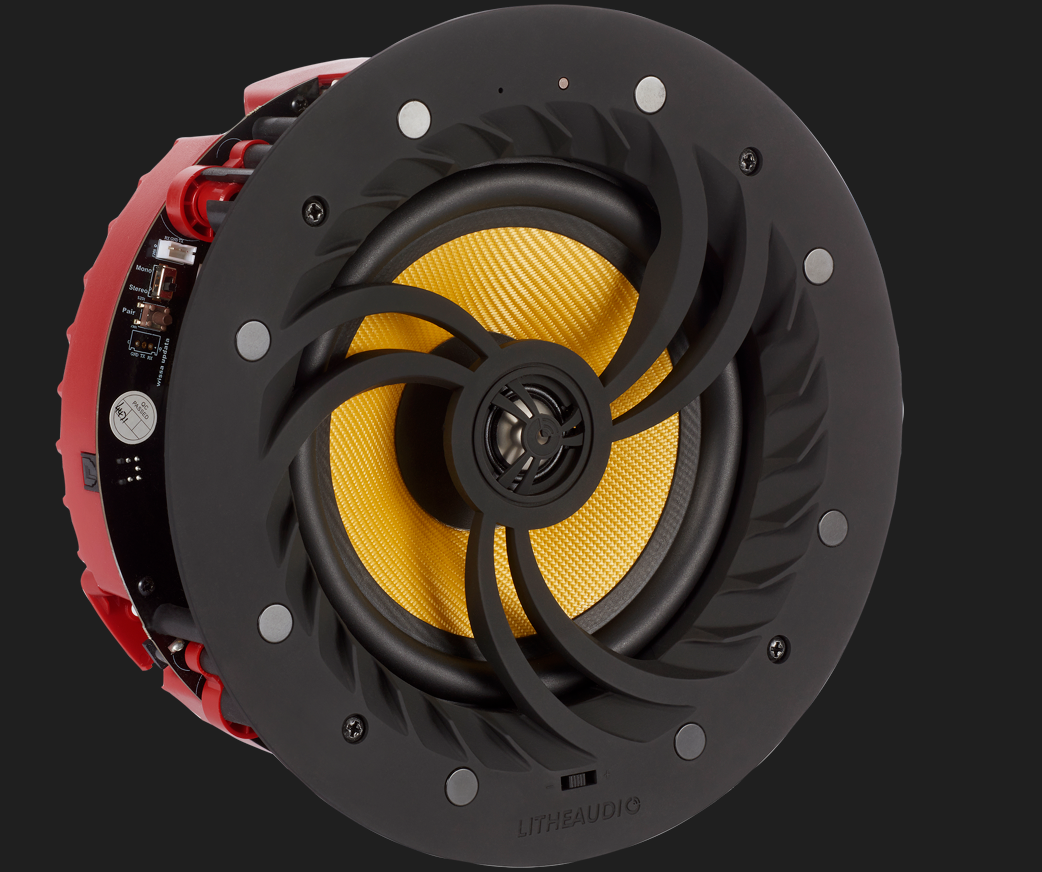 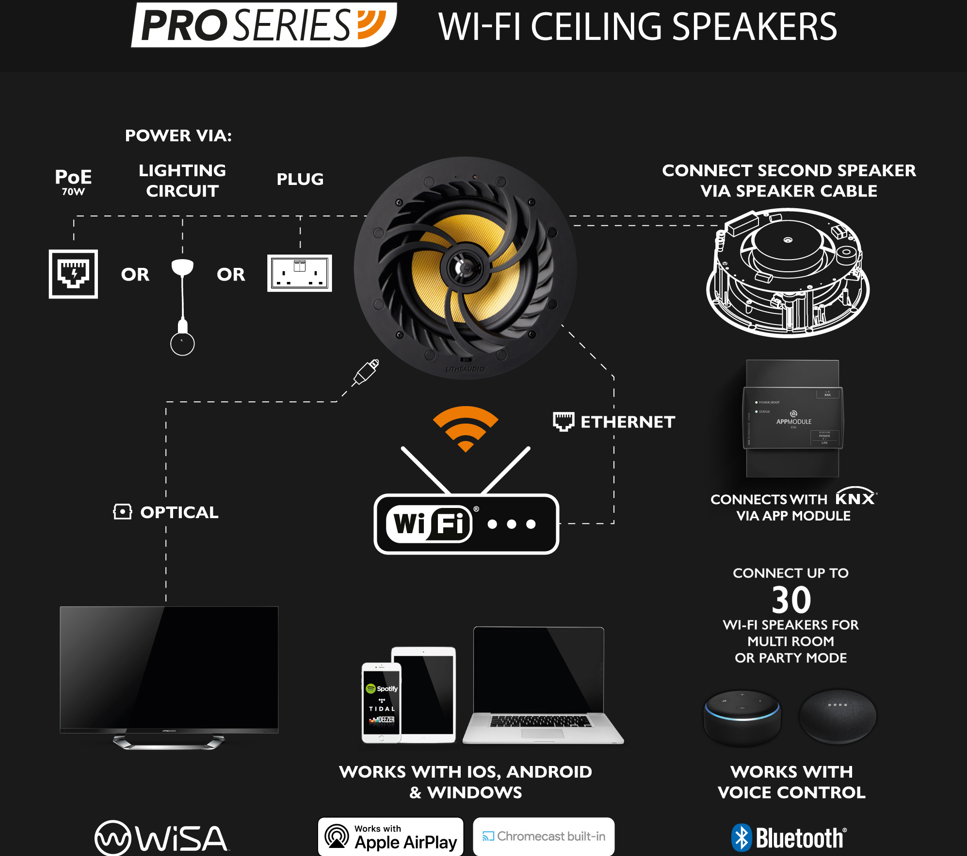 Now, upgraded firmware in the Pro Series speaker for KNX includes on-board memory alarms, chimes and tones as well as doorbell and intruder alert sounds. Once integrated with the KNX system you can also control the speaker functions such as play and pause, as well as stream from multiple sources such as radio, podcasts, Tidal, Deezer, Amazon Music and more. Connecting KNX with Lithe Audio’s speaker also allows multi-room playback in up to five different zones.

The Pro Series speakers use a BAB TECHNOLOGIE APP MODULE and the corresponding smart home app (Lithe KNX Connect) to wirelessly – or through ethernet connectivity via a router – allow for full programmability and integration to KNX.

“We’re delighted to be bringing our highly rated multi-room Pro ceiling speaker solution to the innovative KNX open ecosystem,” say Amit Ravat, Managing Director of Lithe Audio: “With our Pro Speakers we wanted to add that versatility that other speaker products were unable to deliver on – namely simple-install and great features in a single all-in-one unit, to easily deliver awesome sound in bathrooms, kitchens, living rooms and bedrooms.

“We believe that our speaker solution will bring a new dimension to the KNX community. And without the need for racks or running additional cabling, just simply connecting from the lighting circuit with the BAB Tech hub, it couldn’t be easier for installers to deliver this exciting new smart home audio experience.”

To ensure they integrate beautifully into any interior, Lithe Audio’s frameless speakers are designed to ‘disappear’ into the ceiling, only protruding 3mm. The magnetic grille covers can be removed easily for cleaning or for replacement with a different coloured finish, and can be painted to match the ceiling for a barely-there look.