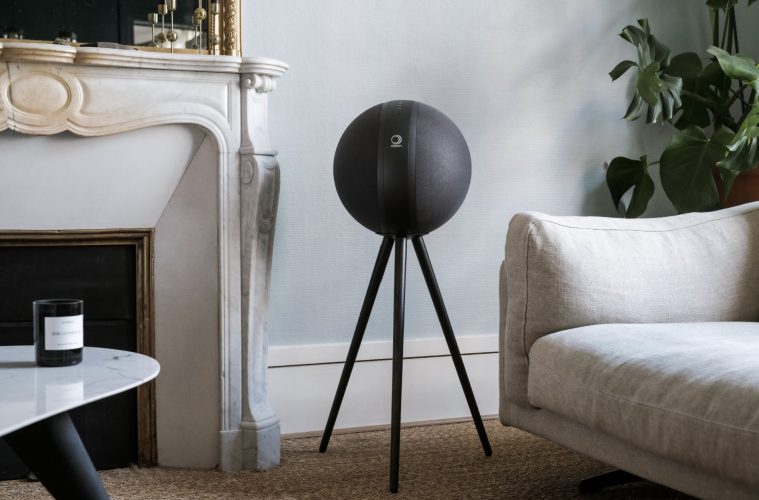 AV Industry has announced the launch of Elipson’s latest addition to its Planet Series of loudspeakers, the W35 – the culmination of over 80 years industry experience and a three-year research and development program into Omni-directional audio from a spherical shaped loudspeaker. The manufacturer states that the result ‘sets new standards’ in loudspeaker performance, functionality and aesthetic design.

Multi-room functionality also offers the opportunity to add additional W35s around the home from a Wi-Fi network connection, enabling users to play the same music in all rooms, or different music in each room.

Although a full remote control is supplied, Elipson has also created its own app for the W35, making operation from iOS or Android smartphone and tablets simple and intuitive, whether it’s to configure a multi-room system, explore more than 15,000 internet radio stations or access music libraries in full HD audio quality streamed from Spotify Connect, Deezer, Qobuz, Tidal or Napster. The W35 is also compatible with all Amazon Alexa devices.

The 35cm diameter sphere has been designed with two cloth frames separated by a central band, where push buttons for on/off, source, mute and up/down volume can be found at the front, with wired connections around the back. Housed within are two 165mm mid-bass drivers with two centrally mounted 25mm tweeters, both coupled to the latest specification digital Amps.

The result of this acoustic design is a spherical shaped loudspeaker capable of producing a stereo, Omni-directional sound with 350 watts RMS of room-filling HD audio power.

Accessories have also been carefully designed to compliment the speaker and offer easy installation at home, on the floor with a tripod or single column stand, wall or ceiling mount, or simply on its own, placed on a bookshelf or sideboard.

The new Planet W35 wireless speaker will be available in the UK later this month and available in charcoal grey at a UK SRP of £799 each.