HDMI Forum, Inc has announced the upcoming release of Version 2.1 of the HDMI Specification, bringing with it support for a range of Higher Video Resolutions and refresh rates including 8K60 and 4K120, Dynamic HDR and increased bandwidth with a new 48G cable.

Version 2.1 of the HDMI Specification is backward compatible with earlier versions of the Specification, and was developed by the HDMI Forum’s Technical Working Group whose members represent some of the world’s leading manufacturers of consumer electronics, personal computers, mobile devices, cables and components.

The new specification will be available to all HDMI 2.0 adopters and they will be notified when it is released early in Q2 2017.

“This new release of the Specification offers a broad range of advanced features for enhancing the consumer entertainment experience, as well as providing robust solutions to the commercial AV sector,” comments Robert Blanchard of Sony Electronics, president of the HDMI Forum.

“This is part of the HDMI Forum’s continuing mission to develop specifications for the HDMI eco-system that meet the growing demand for compelling, high-performance and exciting features.”

What HDMI 2.1 Means for Integrators

CE Pro Eu sister site, CE Pro, brought up an interesting point: what does this mean for integrators?

“We have no clear understanding of when products will be out,” admitted HDMI Forum CEO Chris Pasqualino. “Many of the HDMI Forum members have an early look at the spec so they may be working on products already. There will be a requirement for active cables after a certain length. I do not expect to see significant growth in the footprint of the cable. Connectors will be the same. A compliance test is being developed. It is underway now but it will take months to write it.”

Prior to the release of the compliance test, it will be up to the individual companies themselves to test their equipment to the spec.

Rob Tobias, HDMI Licensing Administrator president, told CE Pro that integrators can expect to see 8K prototypes from every TV manufacturer at CES 2017. He notes that there is not a strong push for 8K right now, except in Japan because that country wants to broadcast the 2020 Summer Olympics in Tokyo in 8K.

Rob added that the main focus among manufacturers is 4K and dynamic HDR and the higher frame rates in 4K, but he says he expects to see a push for 5K coming from the PC manufacturers. (5K being an even higher monitor resolution suited for gaming.)

For integrators and their clients, every piece of equipment in the ecosystem must be 2.1 for the customer to receive full 4K with HDR or 8K, according to Chris. “There is some margin in the system and the reliability will be good. There will be a short early adopter phase before we see a very quick ramp up to a stable ecosystem,” he adds.

Rob furthers, “How an individual piece of equipment will meet the 2.1 standard will depend on the manufacturer and the features. Some manufacturers may be able to achieve 2.1 compliance with just a firmware upgrade; others will require new hardware.”

Does 48G Cable Even Exist?

So while the parameters are set for HDMI 2.1 to handle 48Gbps, are there cables that even exist that can handle that bandwidth?

According to Chris, there are some HDMI Forum members who are currently running lab tests to validate that 48G speed.  “The compliance testing will check the speed when it is completed,” he says.

The HDMI Forum currently has a membership of 83 companies, and is actively inviting more companies to apply for membership and help shape the future of HDMI technology. There is also a focus to encourage more companies to participate as the global presence of HDMI-enabled products and solutions continues to grow.

“It is strategically important to take an active role in the development and innovation of technology which is central to global consumer entertainment and impacts the overall user experience. It is very important for our customers to enjoy video services on their PC’s, mobile, and consumer electronics devices,” says Joseph Frank technical manager of video devices at Comcast Cable. “That’s why Comcast Cable joined, and I strongly encourage others to contact the HDMI Forum to find out about membership details.” 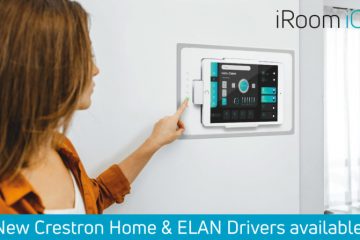 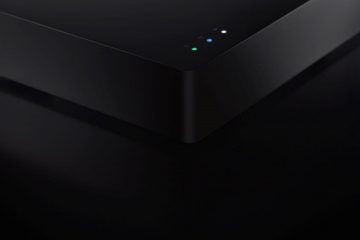