Bang & Olufsen has partnered with Warner Music to honour the work of Factory Records and one of its iconic founding partners, Peter Saville CBE. Factory Records is renowned for being probably the most influential music label of the ’80s and ’90s.

As impactful as the music it produced, is the iconic album artwork created by  legendary graphic designer, Peter Saville. His album sleeves are as synonymous with Factory Records as the music itself. The technically clean, hauntingly atmospheric designs for Factory Records artists – in particular, Joy Division and New Order – are some of the most compelling artistic creations of the period.

While Factory started as a club night in 1978, it wasn’t until Factory Communications Limited was established in 1981 by Tony Wilson, Alan Erasmus, Peter Saville, Rob Gretton and Martin Hannett that it became the music powerhouse that is known today.

To celebrate 40 years since this momentous occasion, Bang & Olufsen has worked with Warner Music to craft a timeless capsule collection. This comprises 40 exclusive Beoplay A9 wireless speakers featuring iconic Factory Records artwork, including the first Factory Poster (also known by its catalogue number FAC1), Joy Division’s iconic album ‘Unknown Pleasures’ and New Order’s seminal record ‘Power, Corruption & Lies’. Just 10 units of the Beoplay A9 will be produced for each of the four artworks, to give a total of 40 units. These will be sold exclusively through Selfridges for a period of six weeks.

Factory was famous for nurturing genre-defining artists such as Joy Division, New Order and the Happy Mondays, building the infamous proto superclub the Hacienda, plus an extensive and now highly regarded creative output, such as posters, films, concerts and concepts.

Scott Anderson, UK Market Director at Bang & Olufsen, says: “Factory Records is undoubtedly the most influential indie label of all time. Some of the most innovative, pioneering and cutting-edge music ever produced came from this Manchester-based creative enterprise and it still resonates today on a global level. We’re proud to be celebrating this through Peter Saville’s work.”

Bang & Olufsen like Factory is renowned for never compromising in their approach to delivering the most impactful designs possible. Saville’s seminal cover art is about the apparent simplicity of its original concept, yet this pared-back approach has produced some of the most instantly recognisable work of our times, mirroring Bang & Olufsen’s approach to timeless design that can be appreciated by multiple generations. 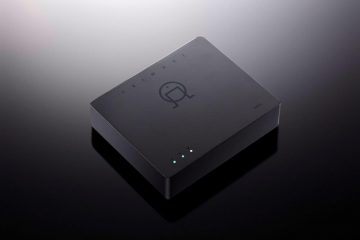