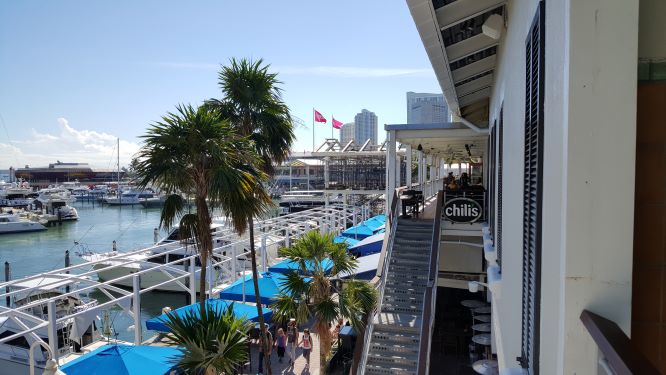 Weather in the southeastern United States can be quite severe. Miami is plagued by heavy rainfall, high humidity, gale-force winds, and the occasional hurricane, which are certainly not  electronics-friendly conditions. After several years of silence and echoes from nearby shops and bars, the property management team at the Bayside Marketplace in Miami, Florida decided it was time for a cohesive sound system to bring the whole venue together as one unified location.

The management team had put off audio integration because the project appeared extremely complex geographically. The collective Bayside Marketplace is made up of three separate, but joined, segments that form a large outdoor shopping and entertainment centre. The North End houses the important parking garage as well as two full levels of retail outlets and restaurants; this segment is mainly indoors and distanced from its outdoor counterparts. El Mercado is an open, outdoor space situated between both the northern and southern ends. It is a large space with room for a live band to play music.

At The South End, there are more indoor shops and restaurants overlooking Bayfront Park. Simply put, it would be difficult to join all three areas together with a uniform, linked system due to El Mercado in the centre – it lacked grid support and only had access to wired internet. Traditional speaker wiring systems were an impossible fit for Bayside Marketplace, and they had put off the job for long enough.

While a great portion of the Bayside Marketplace was indoors, it made little sense to add one cohesive sound system that could not link The North End with The South End. Also, it seemed impossible to conceive of a speaker that could withstand the harsh Florida weather. These speakers and wiring jobs needed to be water-tight, sea salt-proof, and installed securely enough to withstand hurricane-force wind.

For this client, several things needed to be accomplished by PIElectronix for a single sound system to fit Bayside Marketplace’s needs. First, the entire system needed to be operable from the main control room to control all three portions of the marketplace. The second requirement was that wiring not be visible to customers. This was a challenging task due to El Mercado’s walls being entirely concrete.

Finally, the client wished to have the potential for emergency paging services – which would be impossible if the three portions of the marketplace were not tied together to a central hub.

After an introduction to MSE Audio through their local sales representative, Manev had finally found a solution to the unique needs of the venue. During the design phase of this project, it was apparent that Soundtube’s Weather Extreme 70V speakers were the right fit for the job. Two different types of speakers were used – 42 SM500i-II-WX speakers for the lower areas where less coverage was needed, and 20 SM890i-WX speakers were used for larger coverage applications.

One of the main reasons the client decided to go with the SoundTube WX line was that each speaker is highly weather-resistant and logo-free.

Speaker placement was a difficult task in the design stage; audio experts had to distribute speakers such that full coverage was achieved, all while choosing spaces that could be decently anchored. For example, it was difficult to mount speakers into concrete, due to the wiring requirements, but it was of the utmost importance to the client that the wires were not visible to customers. In addition to this, some wiring had to be run through businesses that were not open at all hours; the goal was to create a seamless system from the customer-facing side.

This product spread allowed full coverage of the venue while maintaining congruity in design and unanimous function through a central hub. The central hub was licensed for the iPad and worked perfectly for the client’s application.

Since the SoundTube installation began, the client has been extremely pleased. During the first phase of installation for the venue, an item was on backorder. To complete the job in time, changes were made to existing in-stock products to make them similar in weather performance to the WX speaker line. MSE Audio was able to perform these upgrades within the necessary time period, and none of the system’s components have required a service call in the year and a half they’ve been in use.

According to Bayside Marketplace, “It is now 2020; the system still looks and sounds great and has not required a single service call.” 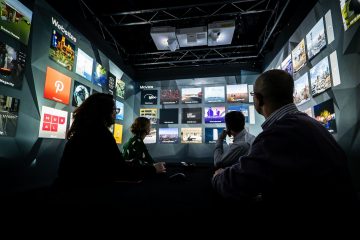 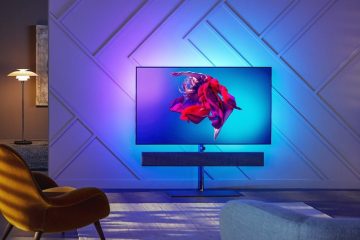