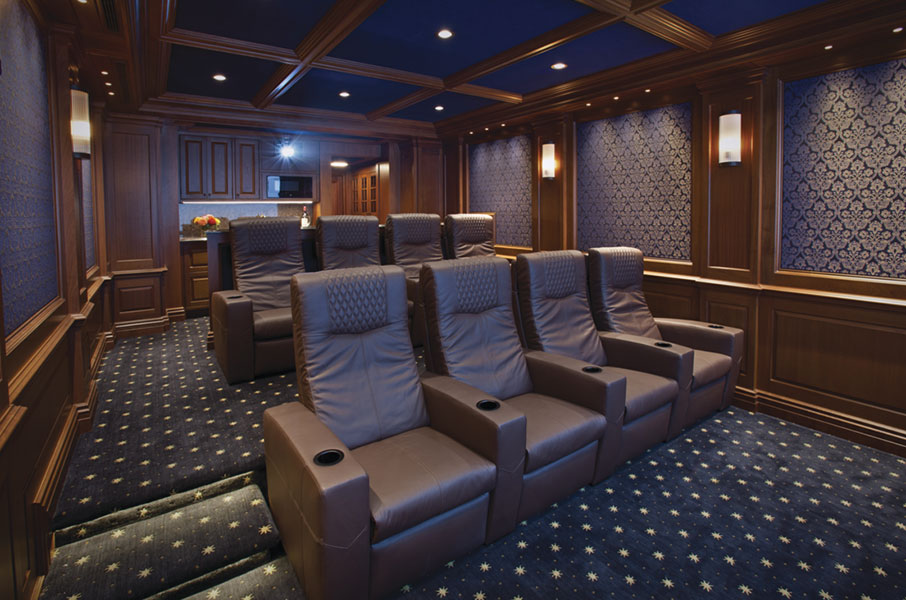 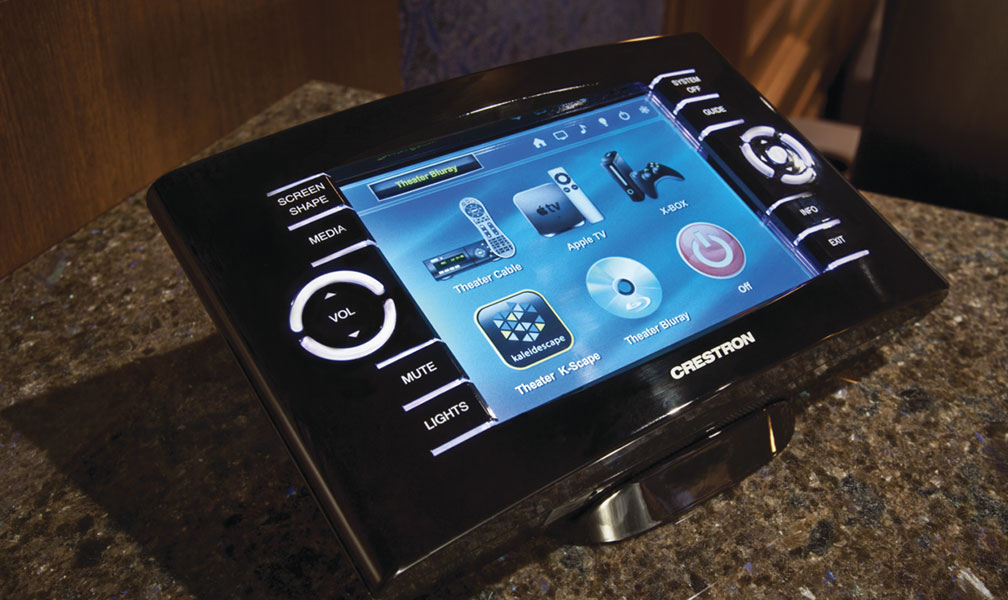 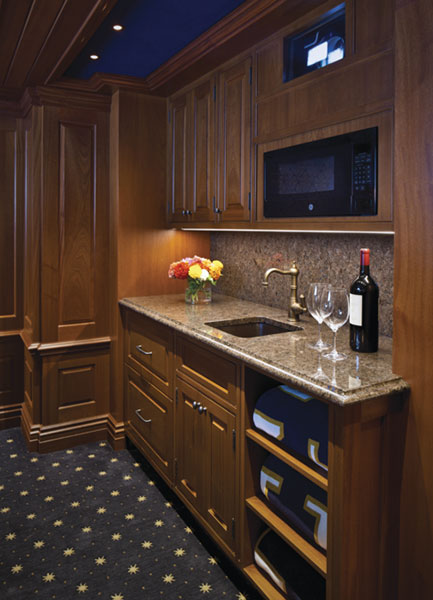 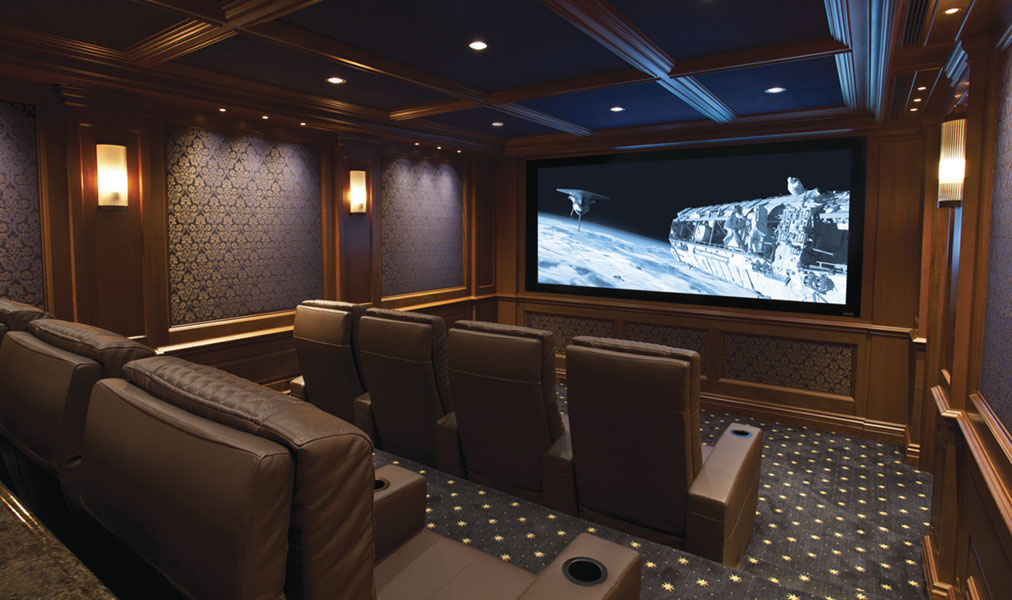 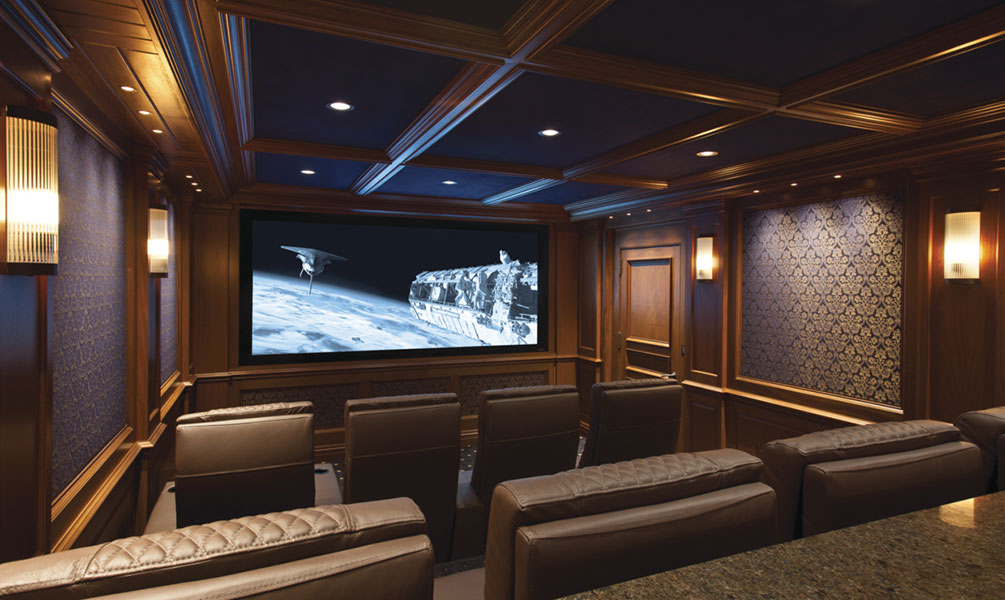 “Sadly, homeowners often see power as a low priority when it comes to their wish list,” he says. “It’s one of the most misunderstood components that all too often requires a ‘sell’ to the homeowner or gets cut when budgets are squeezed.”

So, why then does power make up one-third of David’s list of essential elements for a high-performance system?

“Because if you don’t have good power, you can’t possibly have a good system,” he explains. “Everything we see and hear is essentially modulated power. So, it’s important that you start any system with clean power.”

As with most Multimedia Resource Group projects, equipment from Torus Power does the honors in this award-winning home theatre, providing clean, isolated power to every component in the room.

The product engineers at Torus guided David through the process of selecting a wall-mounted balanced power isolation transformer unit (WM-45-BAL-AVR-TVSS), which offers transient voltage surge suppression, meaning it responds in less than five nanoseconds to power surges up to 80,000 amps, thereby offering outstanding protection of connected equipment. The wall-mounted form factor not only saved rack space, it allowed the electricians to complete their wiring and clean up before David and his team installed the equipment rack.

“I didn’t want to bring in the rack and equipment until the space was dust-free,” he says.

“These speakers are extremely dynamic and neutral, so basically whatever you put into them, you are getting out of them. They offer really tight bass and great dynamics,” he explains. With these speakers, the homeowners can enjoy Auro-3D.

When it came to installing the Pro Audio Technology speakers in the appropriate configuration for three dimensions of Auro-3D sound, David had to address an existing steel beam that stretched across the back of the room. It caused the height of the ceiling to be lower than expected, and influenced the proportions of the wall panels.

With the speakers located in the wall panels and behind the projection screen, he had to make sure there was enough separation between the main speaker channels and the Auro-3D channels. David consulted extensively with both Auro-3D and Pro Audio Technology, and they collectively determined that there was indeed enough ceiling height to meet the correct specifications.

Processing all of this 3D audio is a Datasat RS20i  — a professional audio system designed for high-end private cinemas. Its input/output capacity exceeds what would traditionally be required for most home cinemas, but the ability to fine-tune each channel is a huge benefit for systems of any size.

“From the initial configuration, it was clear that this unit was unlike anything else I’ve used to date,” says David. “The audio quality is so pure, even familiar content sounds different, bigger, more pristine.”

David didn’t route the video signals through the Datasat unit, opting instead for a Lumagen video processor to send video from the home theatre components to a SIM2 SuperLumis projector.

The projector is outfitted with an anamorphic lens, giving the homeowner aspect-ratio control over content shining onto the acoustically transparent 2.35:1 (CinemaScope) Seymour Screen Excellence screen, which can mask to a narrower 16:9 aspect ratio.

A Crestron MC3 processor manages the audio and video equipment, plus 11 zones of Crestron lighting — all of which is controllable via a Crestron touchscreen. The homeowners can pick the appropriate mode for a desired activity, whether it’s watching a movie, intermission, or reading.

David designed the user interface on the touchscreen to be simple for anyone in the house to engage various functions. With the touch of a finger, the homeowner can view content from Verizon Fios, a movie on the Oppo Digital Blu-ray Disc player, Apple TV, or the Kaleidescape movie server.

The homeowner was very involved in the selection of the comfortable Cineak Ferrier seats with dual motorized headrests and footrests. He worked directly with David and his team to customise the seats so they did not include the diamond pattern typical of this model on the armrest.

The millwork is largely attributable to the architect, who spent hundreds of hours crafting its  details. All of the mahogany woodwork is more than just a pretty face, however; it’s actually the icing on the acoustical cake.

The intricate details and alterations of plane aid in the acoustic performance of the room. Installed between each column is acoustically transparent fabric, behind which resides four inches of Fiberglass and air space. David isolated the room from the rest of the home by using a double wall structure and installing two layers of Quiet-Rock sheetrock and a layer of Acoustiblok sound-deadening material.

When everything was complete, video guru Kevin Miller, president of ISFTV, calibrated the video, while Pro Audio Technology’s Paul Hales calibrated the audio.

“When you execute these new three-dimensional surround-sound formats properly, the sound is truly like nothing else you’ve heard,” David enthuses.

In the end, it was Multimedia Resource Group’s strict adherence to David’s three pillars of a truly great room that helped make this theatre a success: structure, equipment, and clean, isolated power to feed the system and provide a difference you can see and hear.

This article first appeared on CE Pro and was written by Krissy Rushing.