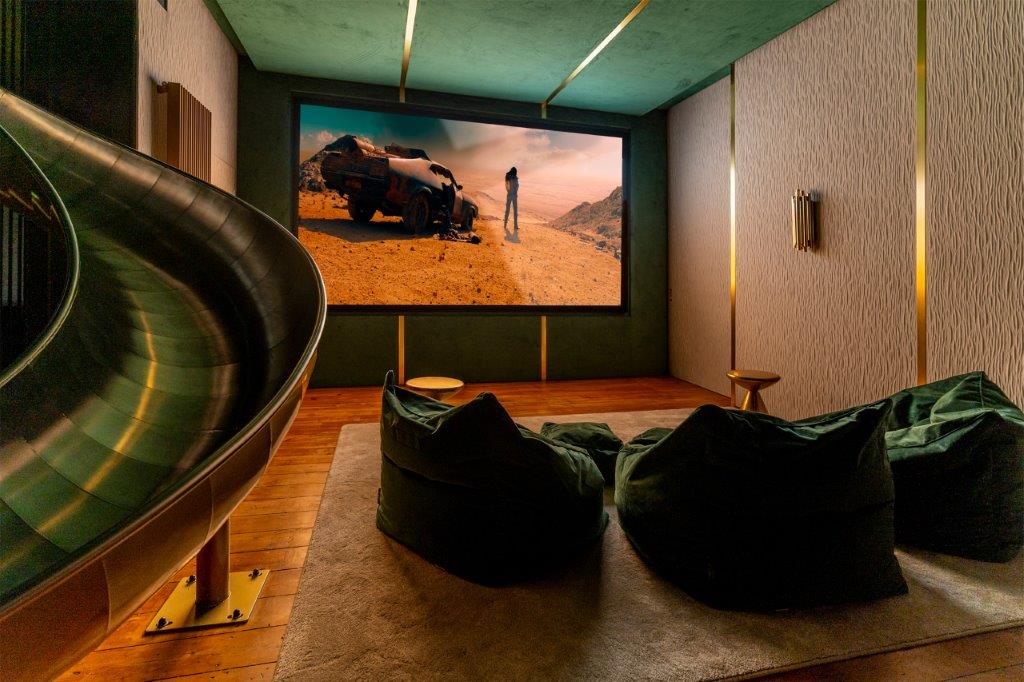 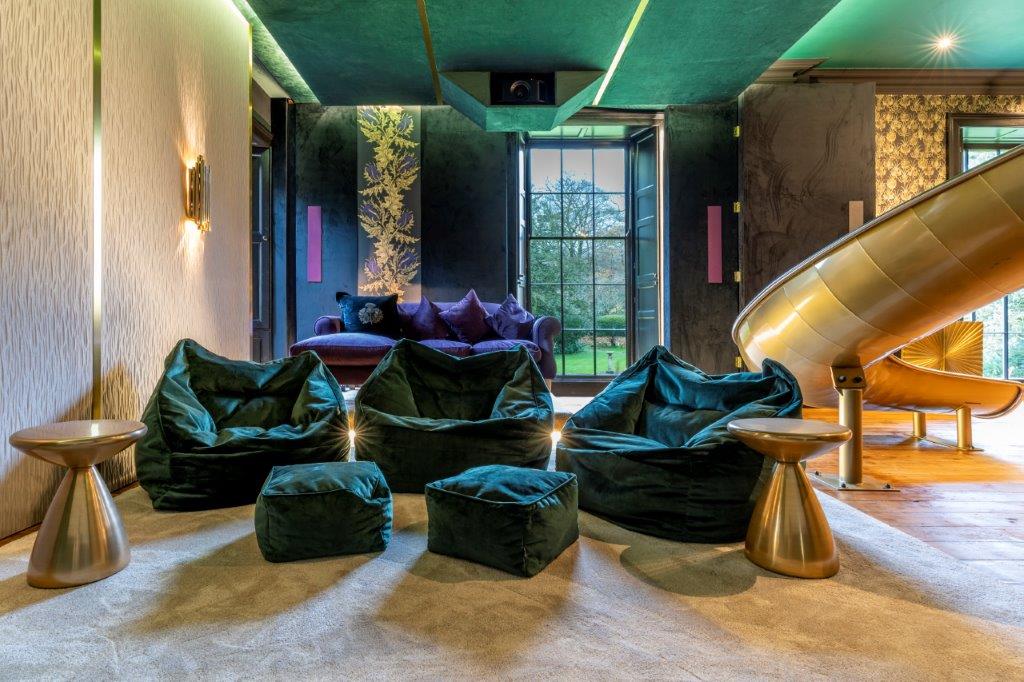 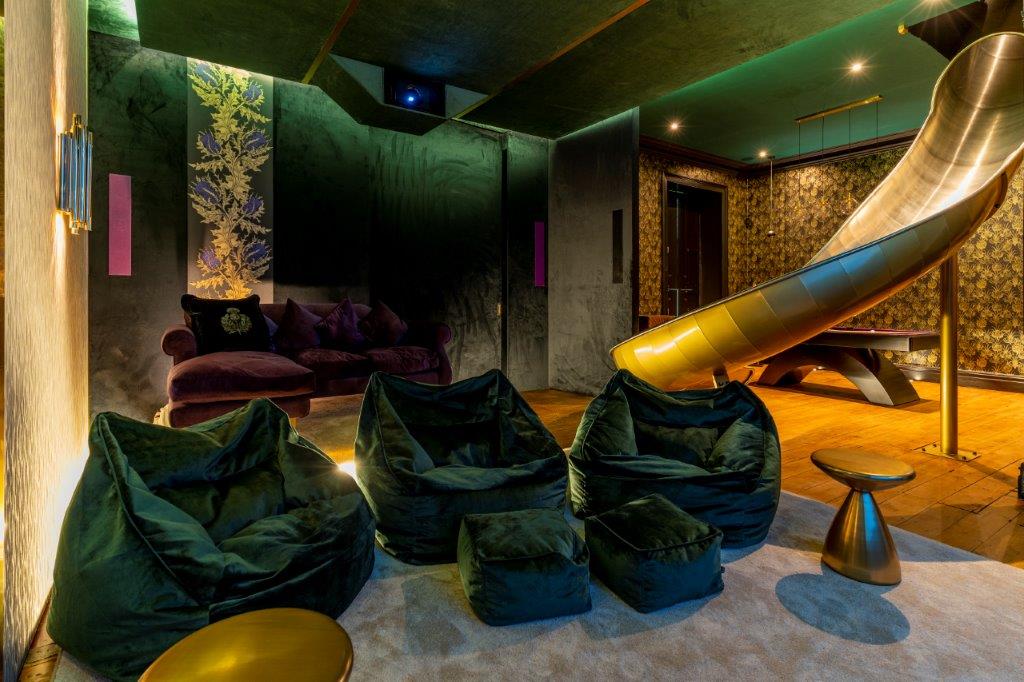 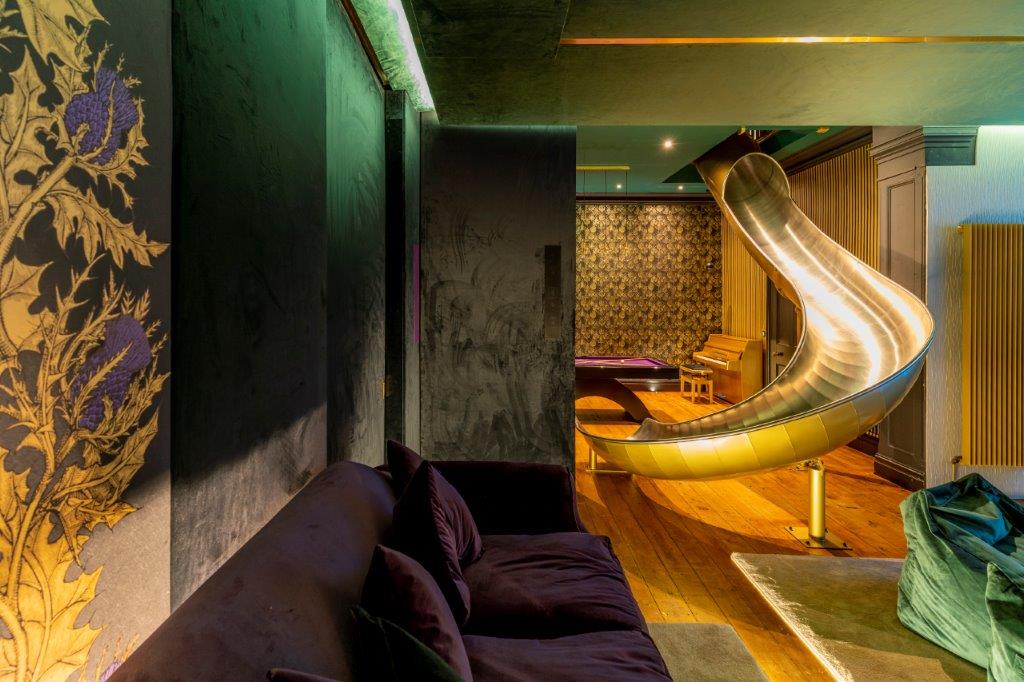 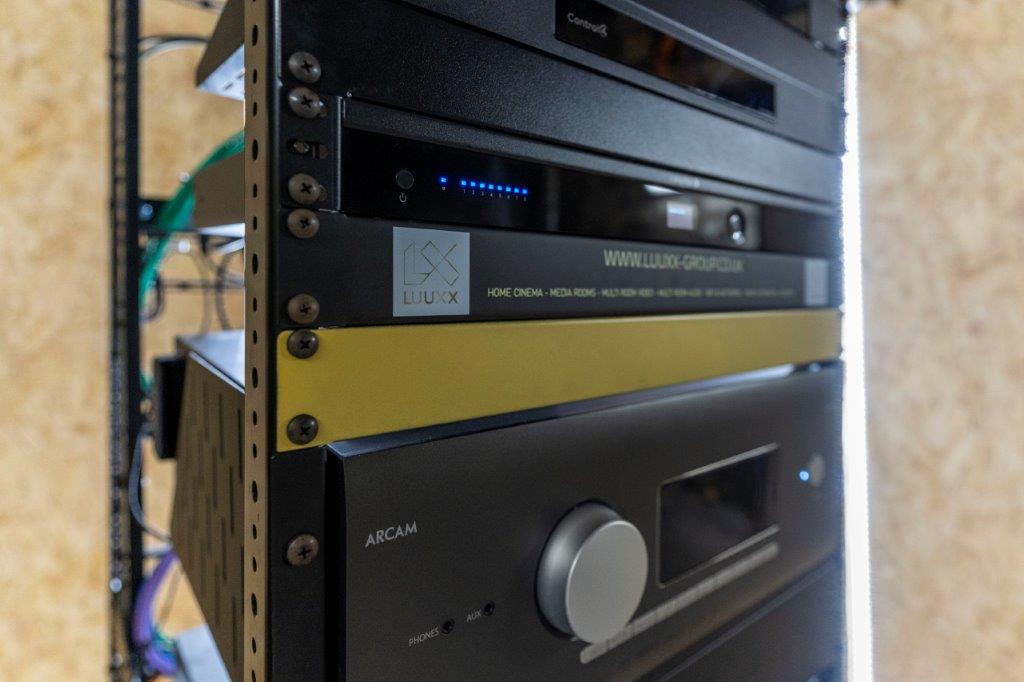 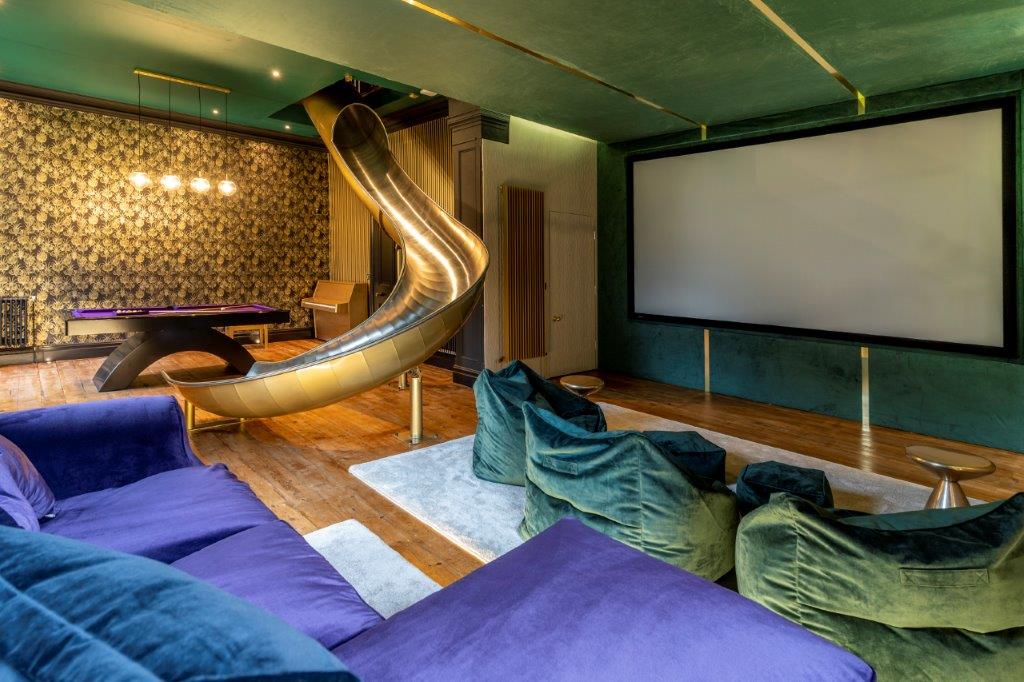 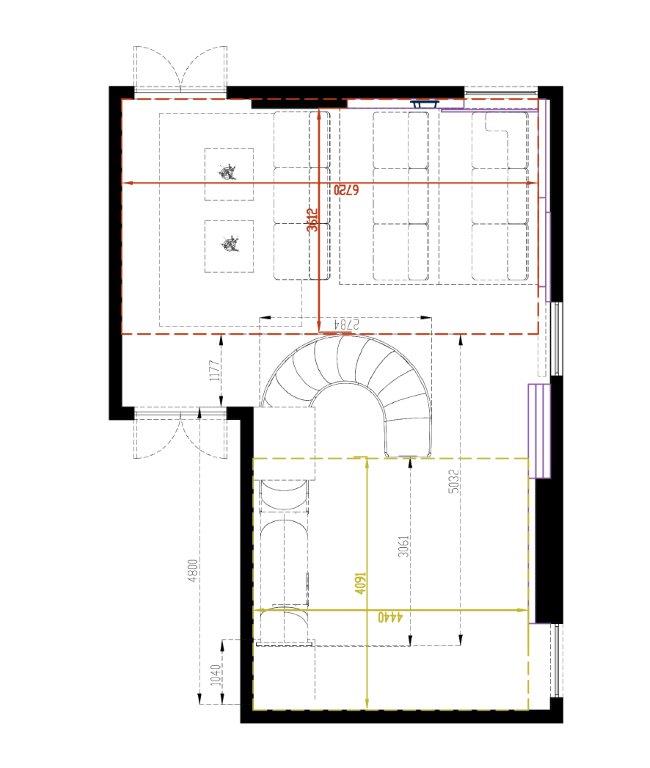 Within the architecture of a 250-year-old mansion in the Lake District, Luuxx has created a convertible high-performance home cinema environment involving folding rear and side walls.

Working from home two days a week, a professional couple invited Yorkshire custom installation company Luuxx to integrate reliable Wi-Fi and multiroom audio within their spacious eighteen century mansion. However, this was just the start of an adventure for Luuxx and these ambitious and imaginative clients.

Two years later the couple asked Luuxx to take on a new idea, which called for custom creativity beyond the conventional installation of cable infrastructure, access points and ceiling speakers. For the next phase, they wanted to be able to transform a large Georgian room into a high-performance home cinema environment at will.

The space would be a games room with floor-to-ceiling windows, and at another moment become a dedicated, acoustically optimised cinema.

Luuxx’ Michael Glarvey explains, “Two years ago, we got a call from the Marshalls who, with their children having flown the nest, thought it was time to upgrade their home with decent Wi-Fi access and multi-room audio. On paper the project seemed routine but once we got beneath the floors and walls, we faced a whole new ballgame.

“With older houses you never know what’s waiting for you under the skin, and this one was no exception. Some ancient insulation had atrophied and become rock solid, which meant we needed four engineers to chisel out 70 metres of channel between three floors to get the cable to the APs and speakers.

“We installed ten Ruckus Unleashed 510 APs supplied by distributor Habitech according to their heatmap plan, and, in parallel, eight zones of audio: seven of them comprising pairs of Sonance VP62Rs in the kitchen, library, office and snug, in the dining room, basement gym, and also in the master bedroom upstairs.”

Michael continues, “The Marshalls were really happy with the work: the system sounded great in every room and the Wi-Fi proved to be bullet proof. As we had stayed in touch, they asked us to come up with a solution for Phase 2 – a different challenge altogether.

“They had always wanted a home cinema but had no clue how it could be built into their plans for a dual-role space. They had earmarked a large L-shaped room on the ground floor for a versatile entertainment area accommodating a pool table, an adjacent bar, a party venue and a dedicated cinema space in one.

“This was all very doable with a little creative thinking, but then they hit us with the ultimate in abstract planning: a spiral metal slide would descend from the floor above to the centre of the space, conveying the Marshalls and their guests between floors along a pretty hair-raising gradient whenever the fancy took them. So, our planning not only had to include a convertible high performance cinema environment but also a fairground slide, right in the middle of the space.”

The L word: A room within a room

Michael says, “Because the client is in the developer trade, he’d had the slide built and we had the drawings almost immediately. But before we could incorporate the cinema, we needed to let the Marshalls experience what was possible in high-end cinema design. So, we invited them to our demonstration facility, and that did all the talking. But the biggest challenge of all for Luuxx was to recreate the experience of a high-end dedicated space in a convertible format.

“We were dealing with a very tall room over 3.5m high with floor-to ceiling windows at one end and an adjacent bar area, which somehow had to be included to create the fluid entertainment space the client was after. “

So, we studded out the space, approx. 6.7m x 3.6m in dimension, and installed CinemaTech panels to create an acoustically optimised environment. At the window end and on the open left-hand flank, which included the curving slide structure, we custom-built folding shutter doors and a swing out wall, incorporating CinemaTech treatment, to cover the window and close off the space at the end of the slide.

“This swing wall houses the left side speaker of a 7.2 Wisdom Audio system comprising P4i in-walls and twin S90i subs, colour-coded with the decor, which was created in the appropriate period style by our interior designer. The environment is wired for Atmos height channels, but we decided with the client to keep that for a future upgrade.”

To design the system, Luxx worked with speaker brand Wisdom via Habitech to define the speaker types and locations for optimum performance in the space.

Michael admits, “It was a bit of surprise when they recommended mounting the S90i in-wall subs, which are over 7ft long, horizontally in the top corners of the screen wall. However, it works like a dream. This was the first time we’d used Wisdom, but have deployed their speakers many times since. They’re very high-end but no more difficult to install than a £200 in-ceiling – bar the big transmission line subs of course.”

Drawing near to completion, Michael explains, “We finished the cosmetics while the Marshalls were away, so rather like ‘DIY SOS’, they returned to the completed job, and were totally overcome by the experience, admitting that secretly they’d had doubts whether we could pull it off to the level they’d experienced at the demo.

“In fact, they said, the performance surpassed the demo and their wildest dreams: they love the way we’ve turned a very ambitious aspiration into reality. They’ve since become personal friends, which is very satisfying for a service business like ours. We’re also grateful for the fantastic support given by Habitech and continue to rely on the team’s partnership according to project demands.”