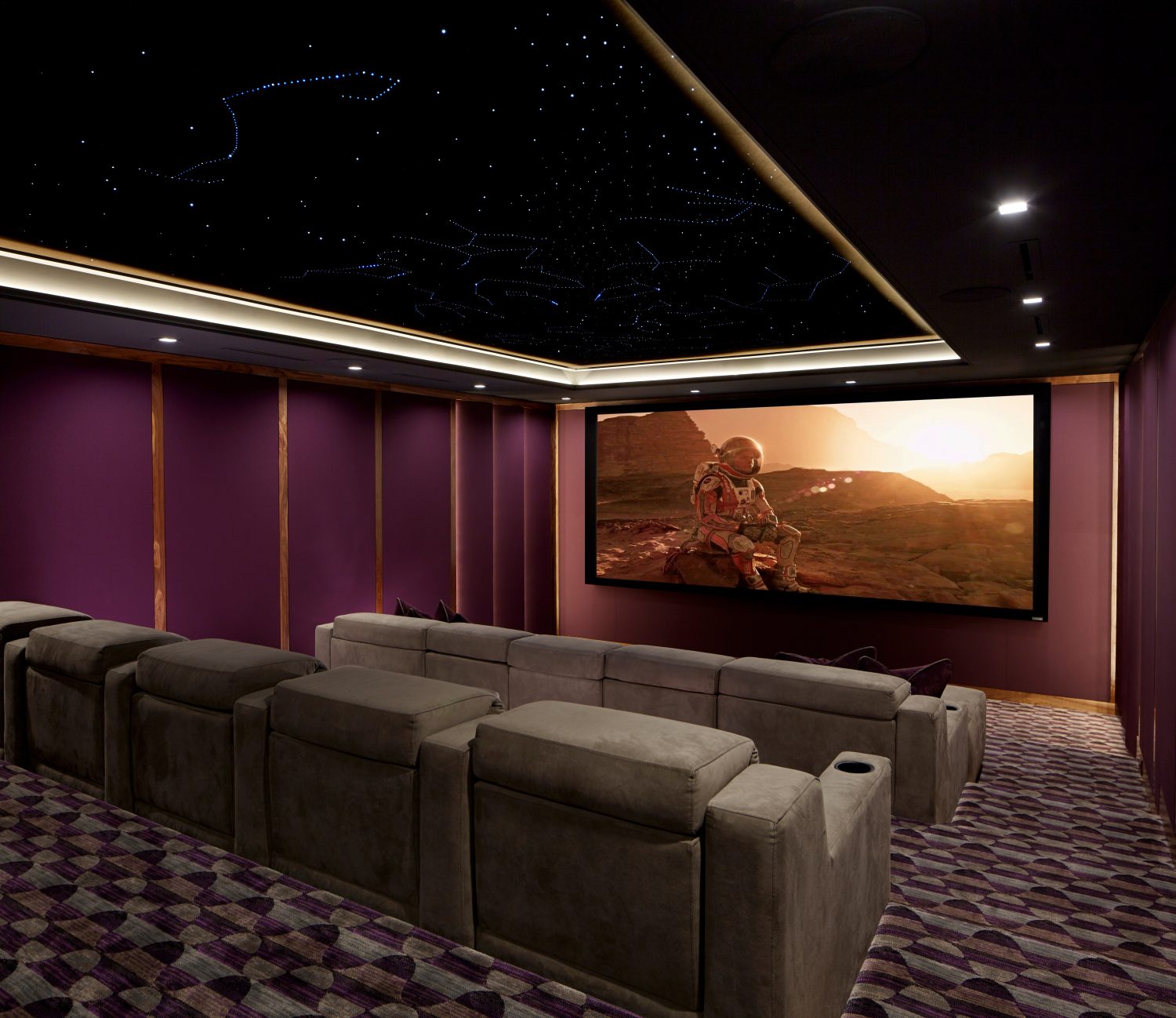 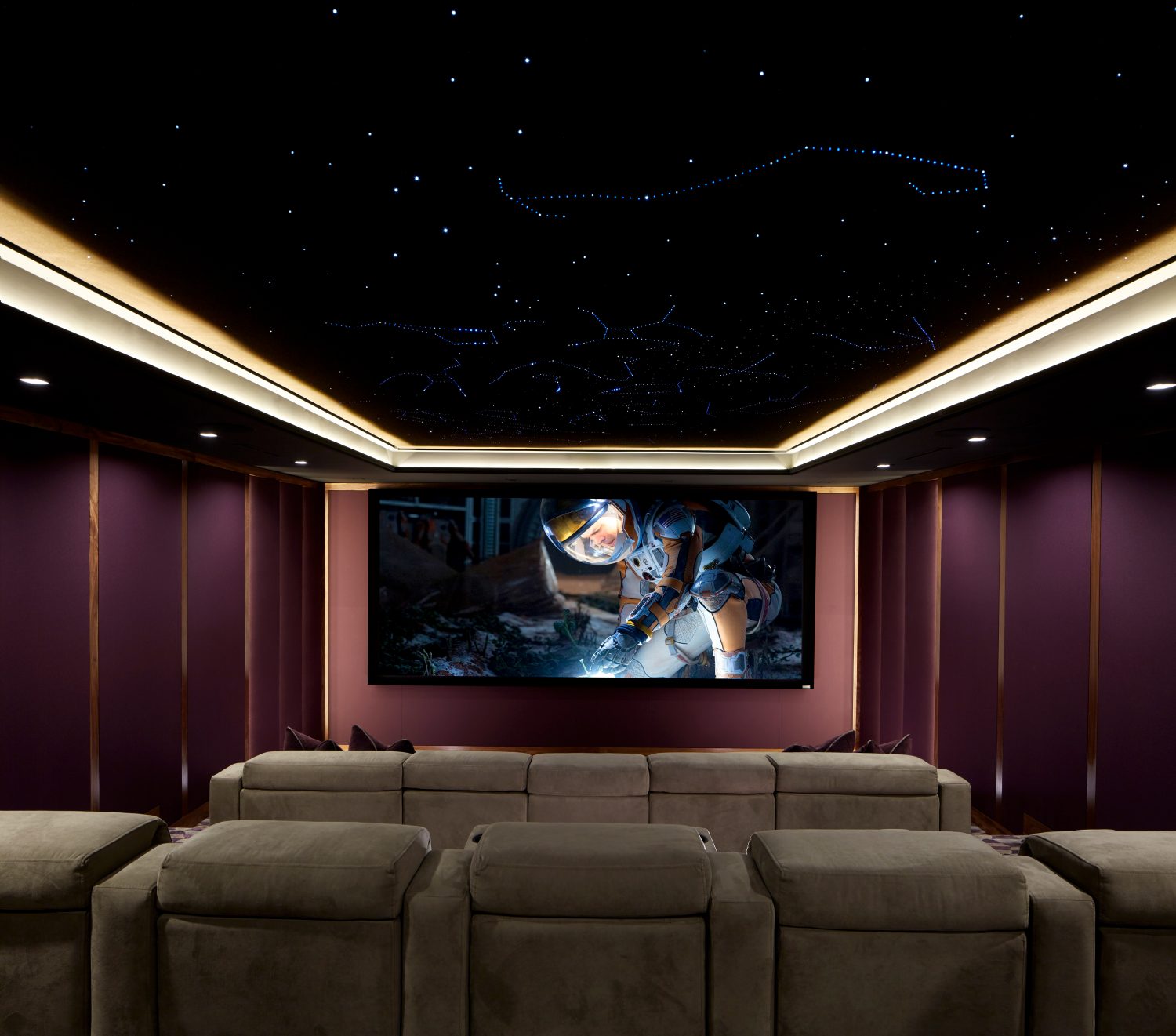 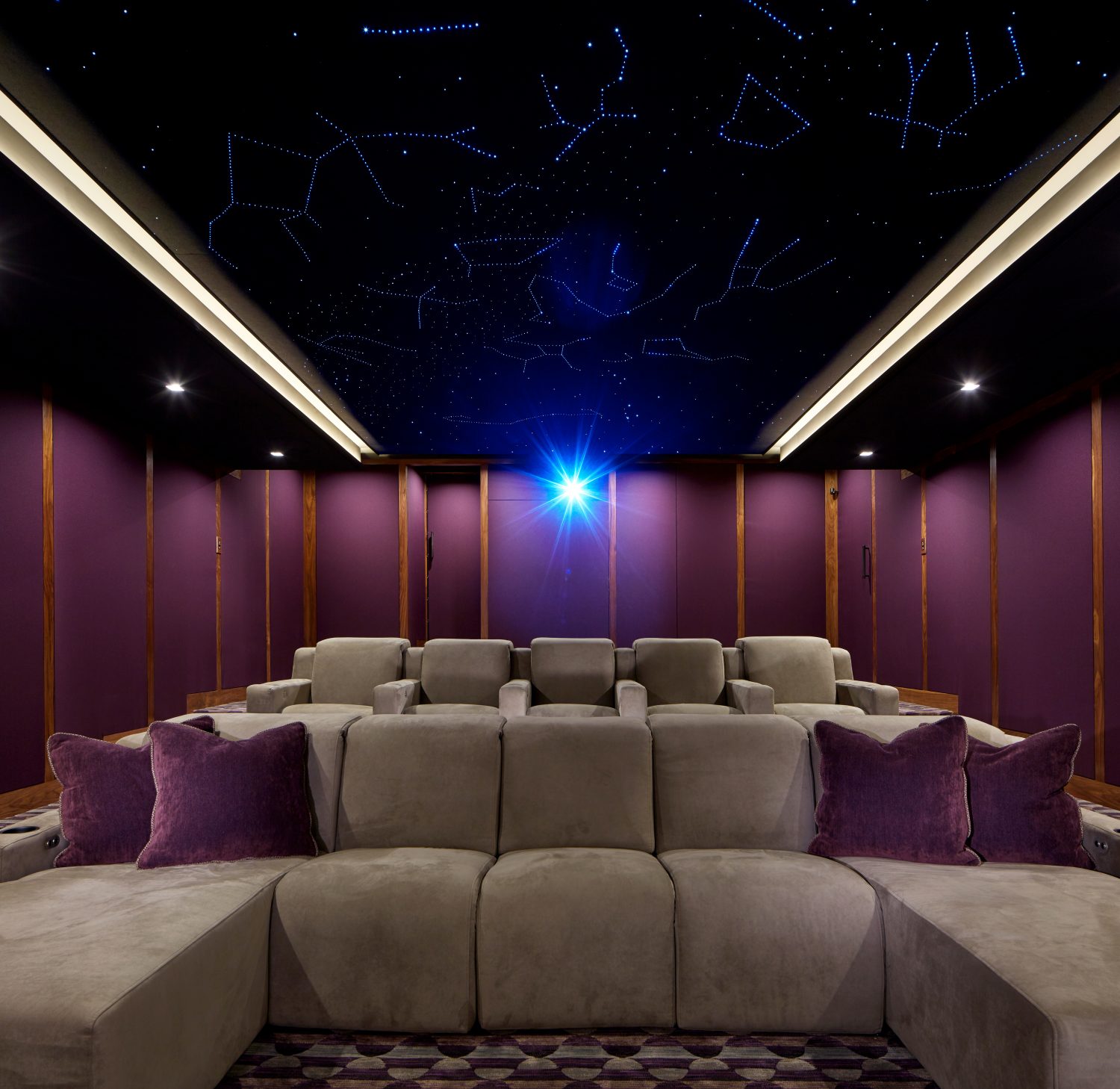 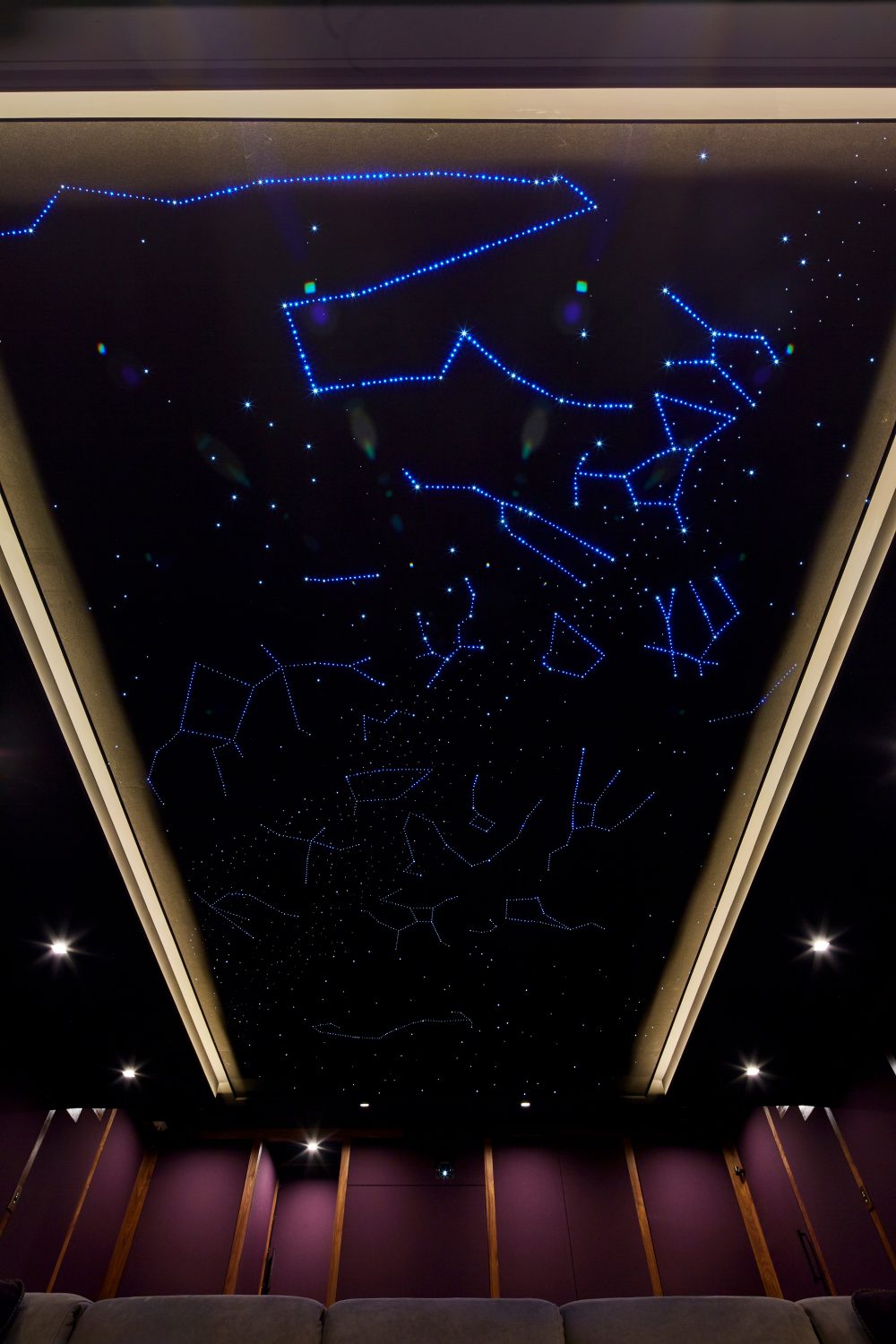 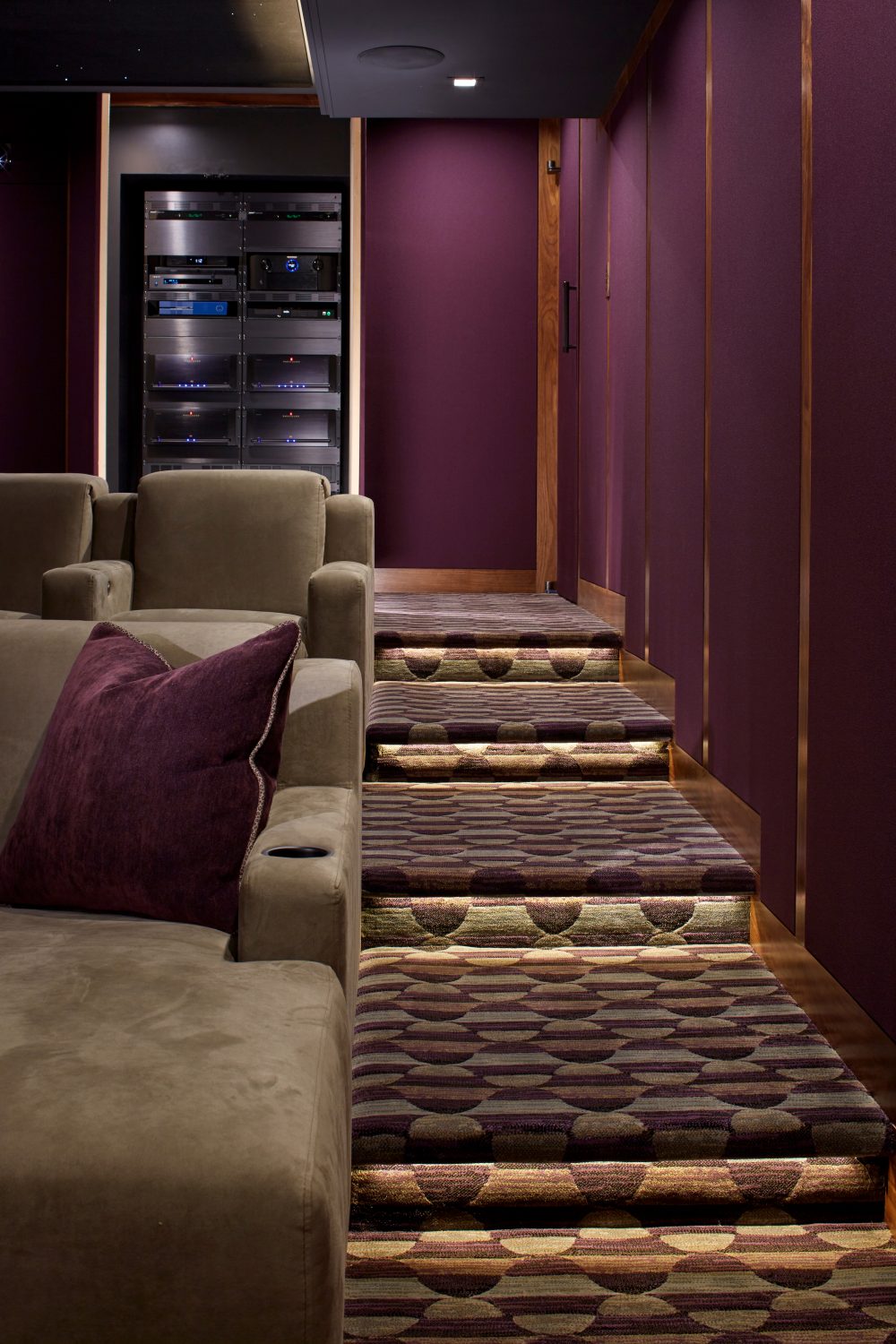 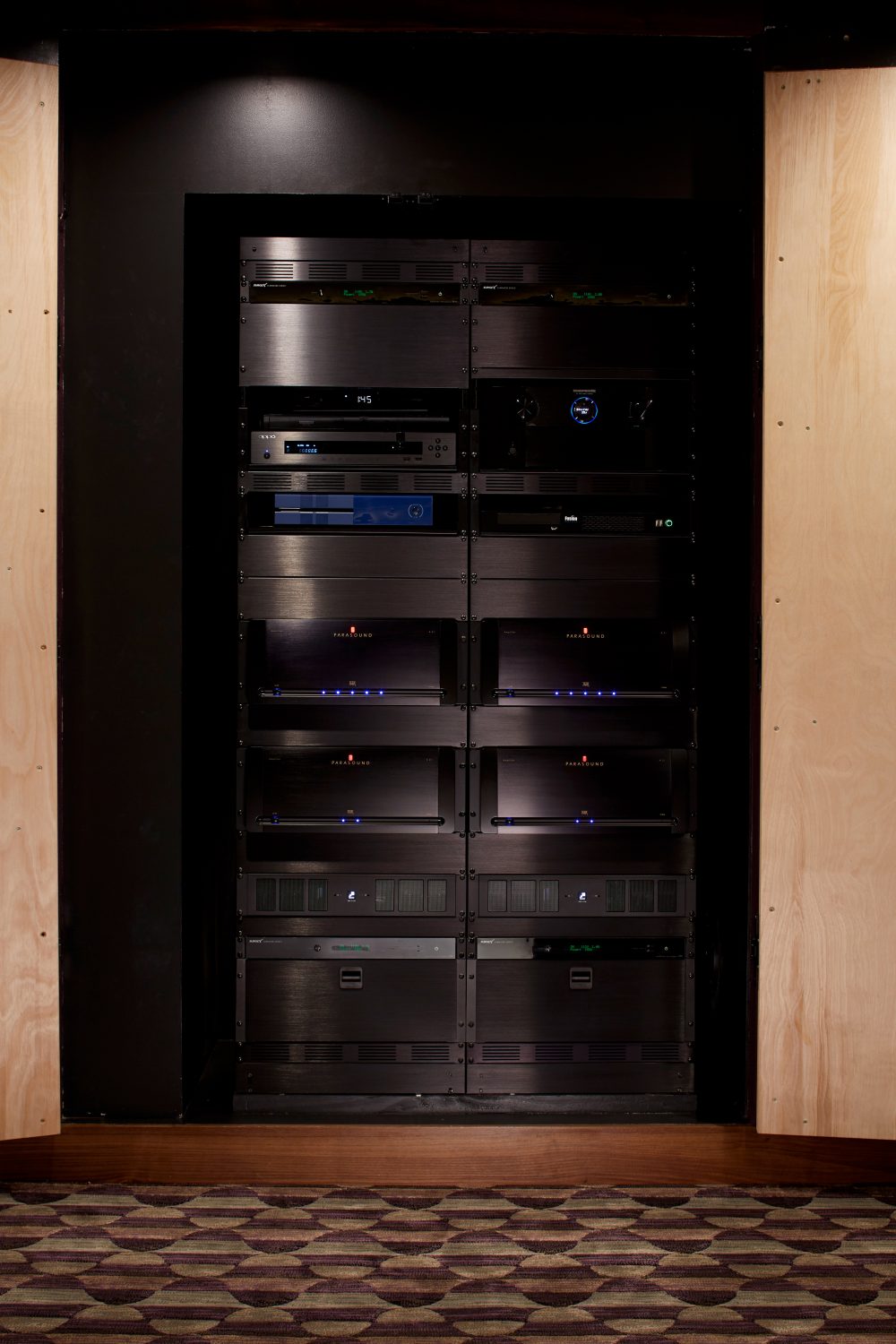 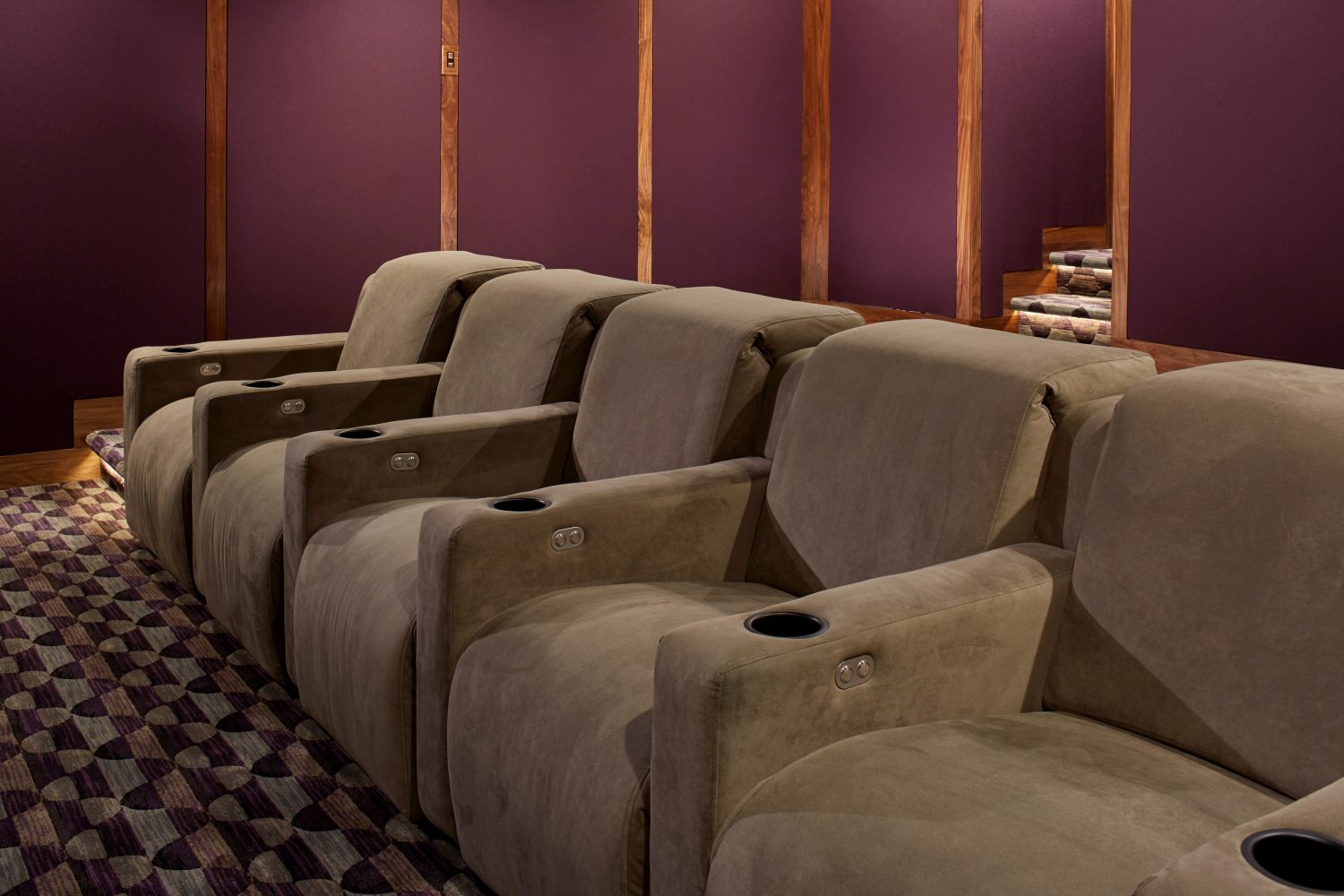 “For this room, our clients wanted the ultimate everything,” says Robert Allen Multimedia’s Robert Ainley. “From the one-touch ELAN control, 4K projector and Dolby Atmos sound processing to the custom-designed seating, starlight ceiling and ground-lit walkways, this theatre is luxurious at every step.”

When the family wants to watch a film or their 184-inch screen, all they do is enter the theatre and use the ELAN HR200 remote to turn the whole system on with a single button. With that, the main lights dim, the starlight ceiling begins to sparkle, the JVC projector revs up, the 13-speaker, four-subwoofer sound system boots and the content sources come to life.

“The simplicity of the theatre is one of its biggest benefits,” Robert adds. “All a viewer has to do is use a single remote or their iPad to start the entire system, then select their source and content. There’s nothing that needs to be set, no equipment that has to be turned on manually. When the movie is over, they simply hit the ‘OFF’ button on the ELAN remote and leave the room, where the lights will dim after 10 minutes thanks to the motion detectors.”

Working with the owners’ interior designer, Robert Allen Multimedia custom-designed the theatre to maximize comfort, aesthetics and utility. Even the seating was custom-built, with the owners requesting slight changes to a standard design from Acoustic Smart (which the manufacturer liked so much they put it into production).

Floor and wall sound isolation systems from Kinetics Noise Control ensure the massive sound system is crystal clear in every seat, while the in-ceiling speakers and lighting accentuate the room while remaining nearly invisible.

“Not only did we optimise the room’s audio and video, we also modified an existing basement window well to add an extra exit for guaranteed safety and security,” Robert says. “It’s basically an escape door in case of emergency. It’s hidden behind one of the wall panels, and when the panel is opened, a light automatically turns on to aid in movement. The ELAN system is also programmed to turn the theatre lights on automatically if a fire alarm goes off anywhere in the home. When your home is 14,000 square feet, too large to monitor by yourself 24/7, these automatic alerts and actions are crucial for safety and peace of mind.”

To protect all the high-end technology and ensure optimal performance, Robert Allen Multimedia took full precautions and built a climate-controlled rack closet at the rear of the room. The air conditioner that cools the rack also flows to the projector box, keeping the entire system below 90 degrees at all times. Content sources include a Fusion Research Premier movie server and two Blu-ray players, while the system is managed by an ELAN gSC2 processor. The last line of equipment defence is provided by a Panamax MB1500 UPS, which protects from electrical surges and guarantees safe shut-off in case of a power outage.

The rest of this home is also integrated with the ELAN control system, giving the owners complete access to every core system whether they are at home or anywhere in the world. 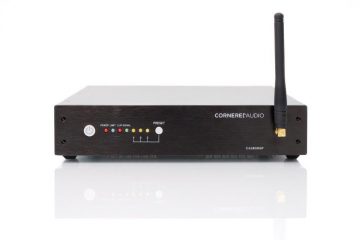 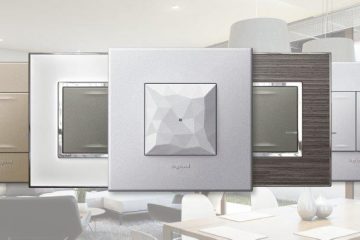