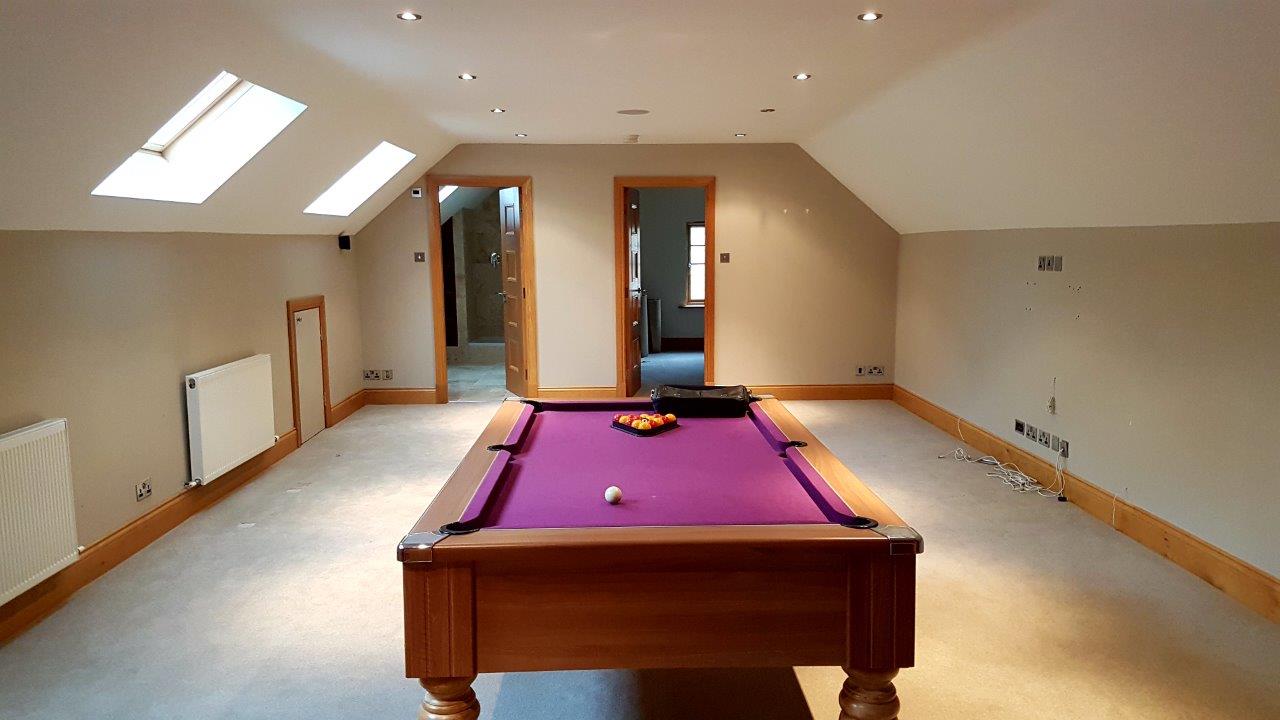 The existing pool table was staying 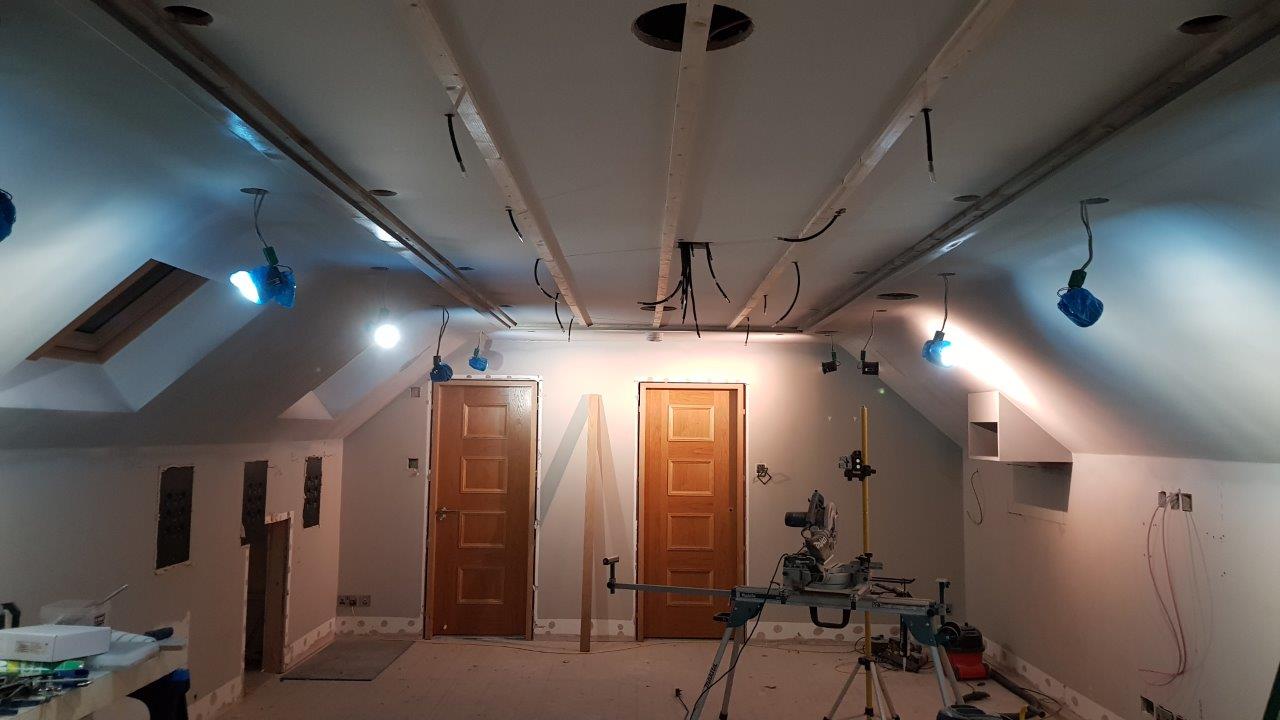 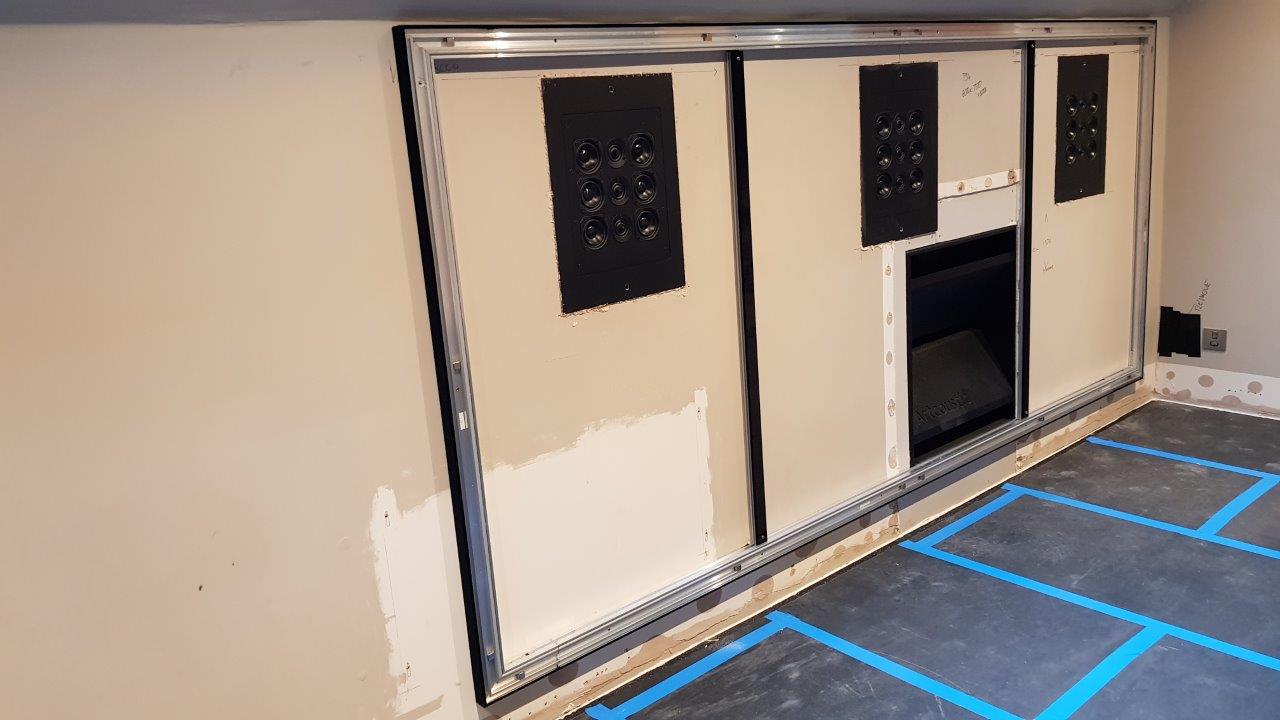 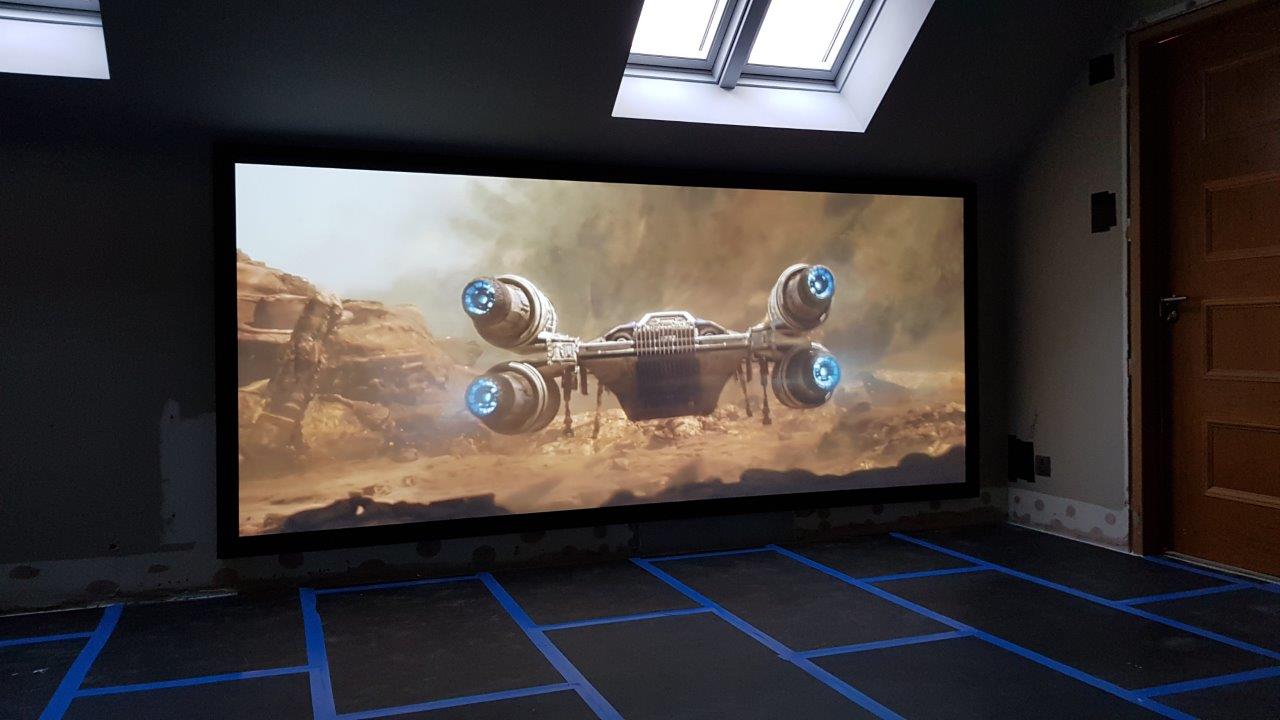 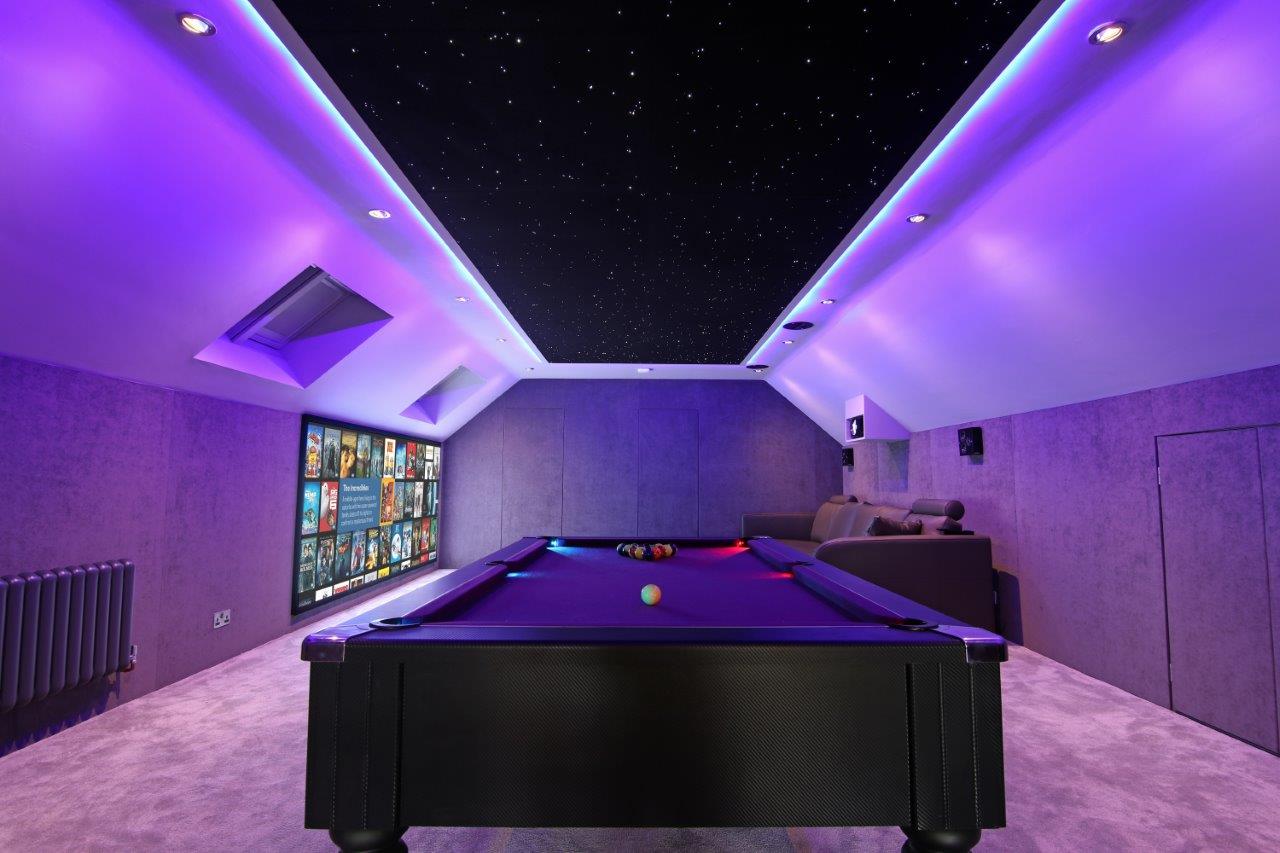 The cinema needed to go width ways across the room 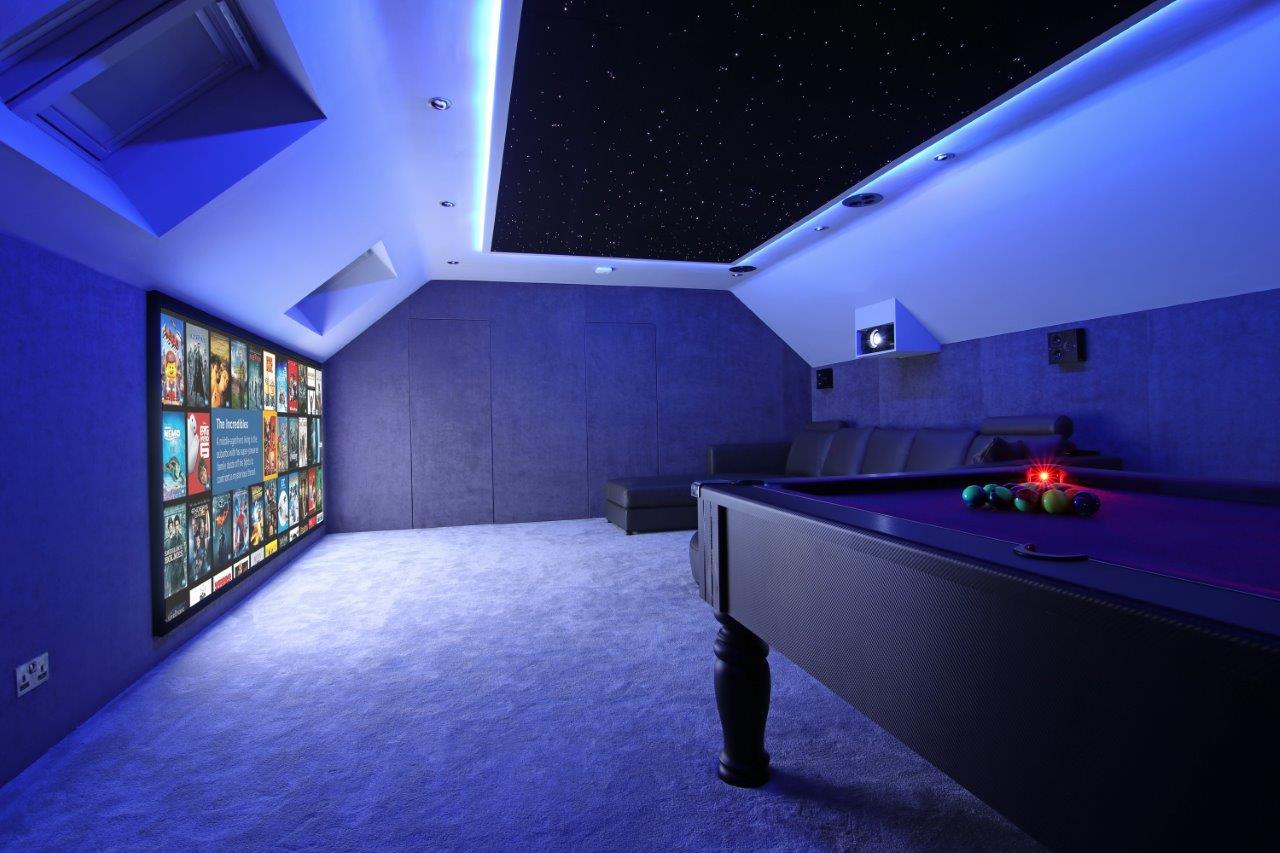 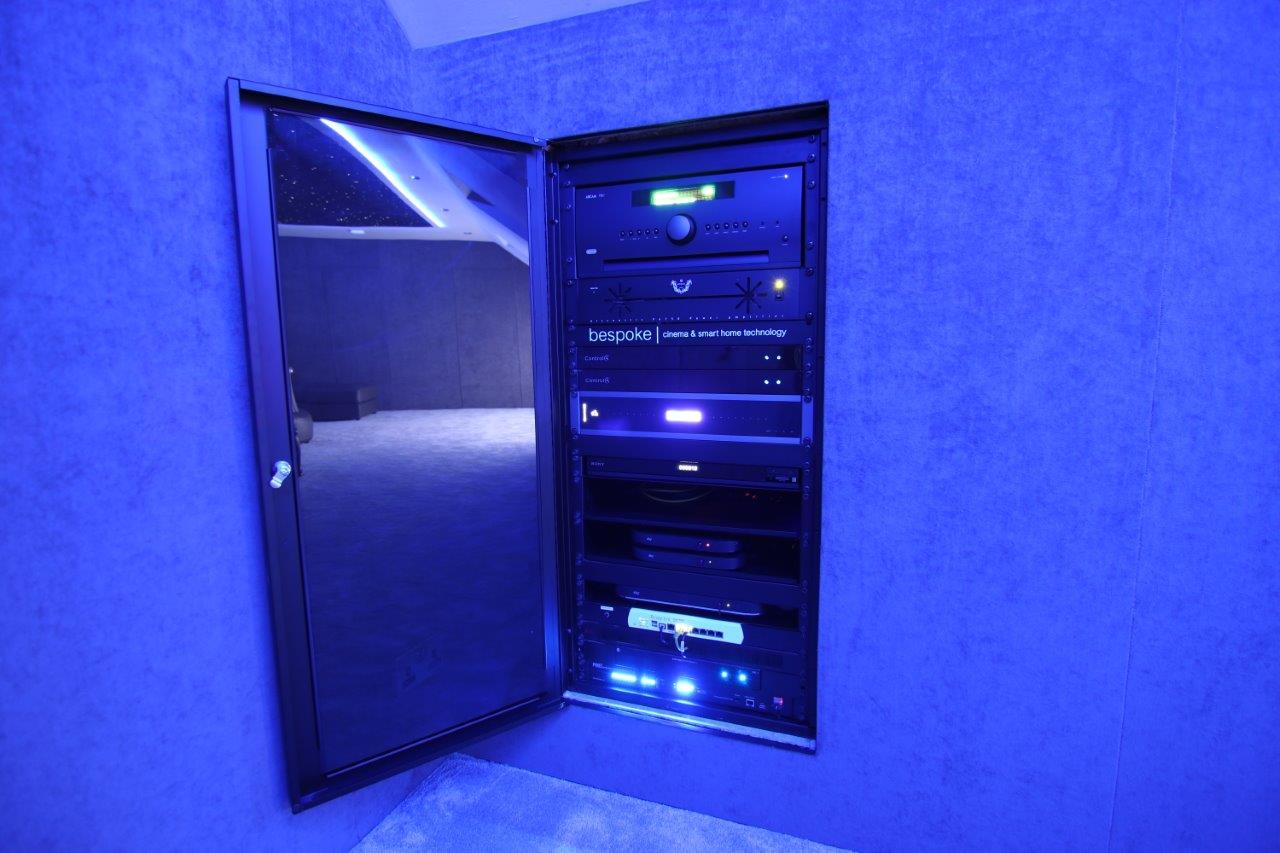 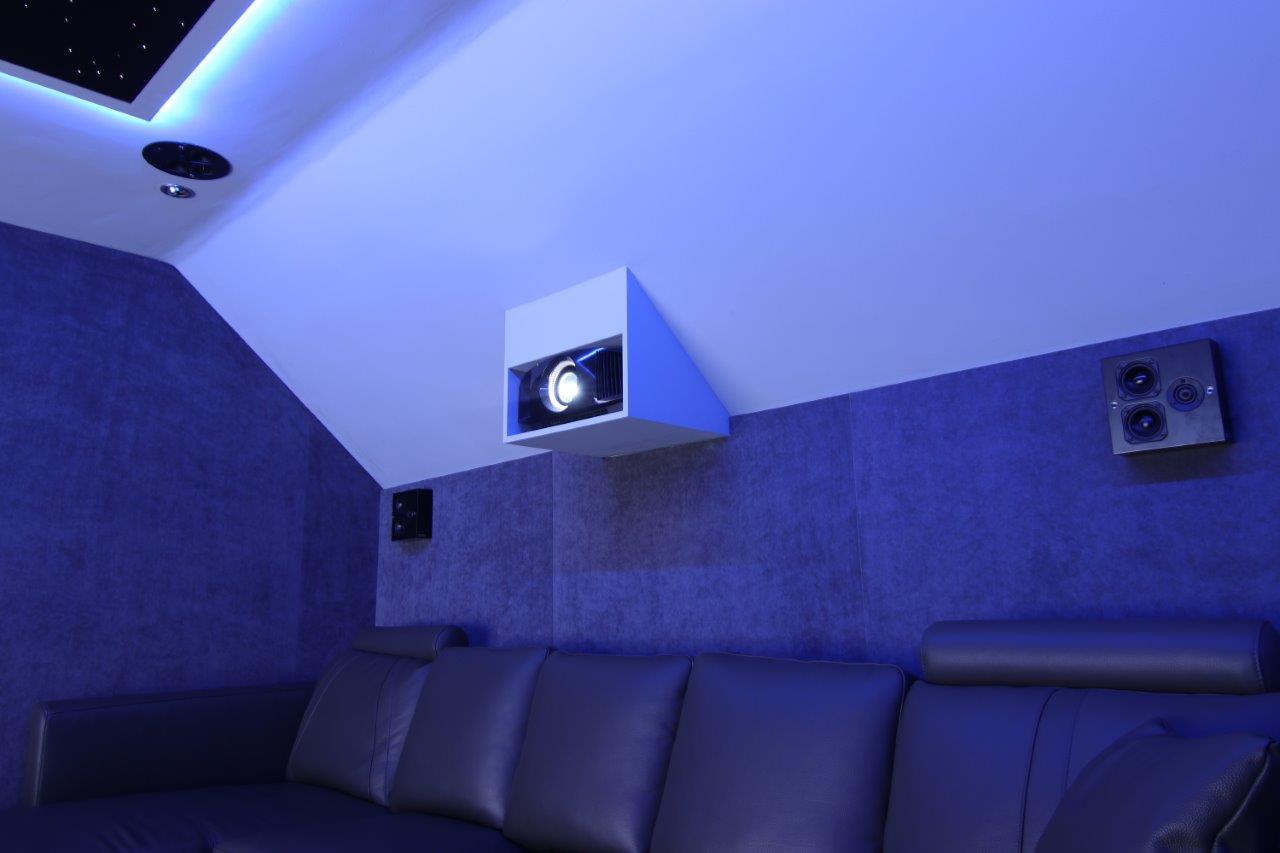 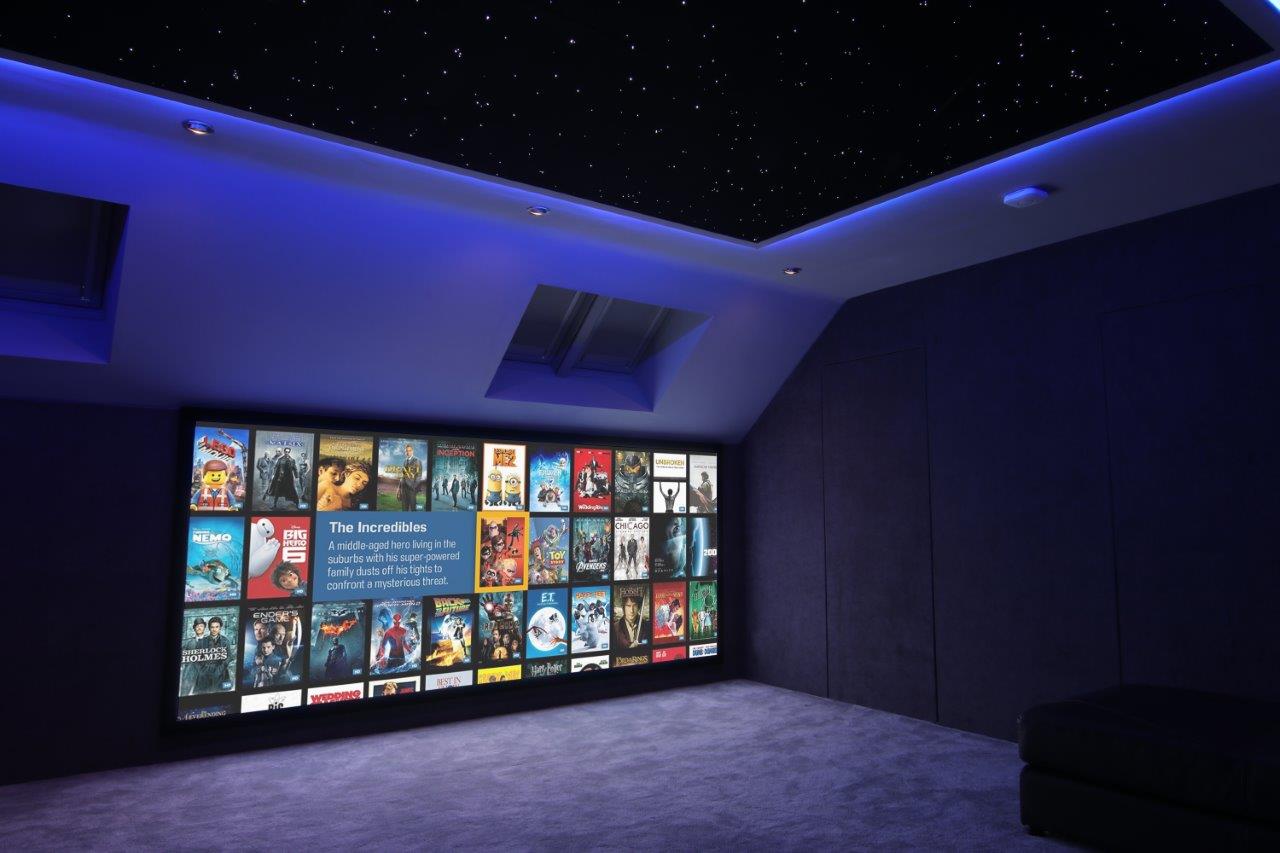 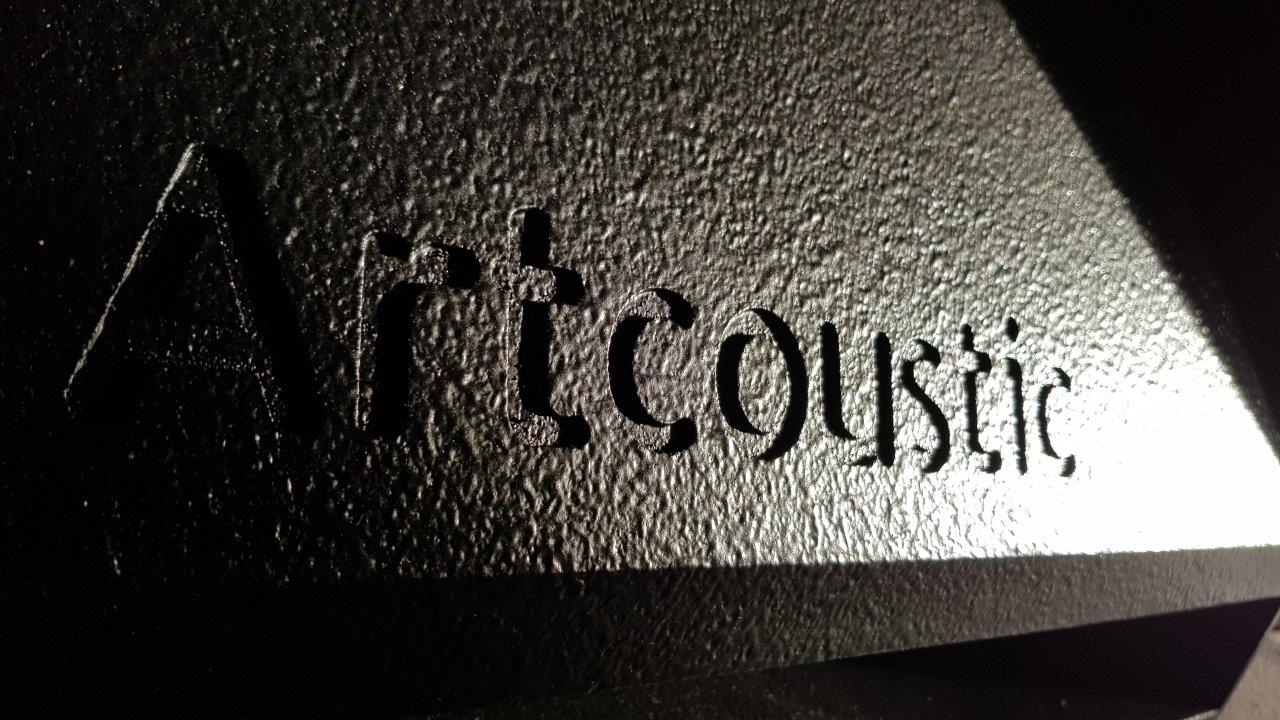 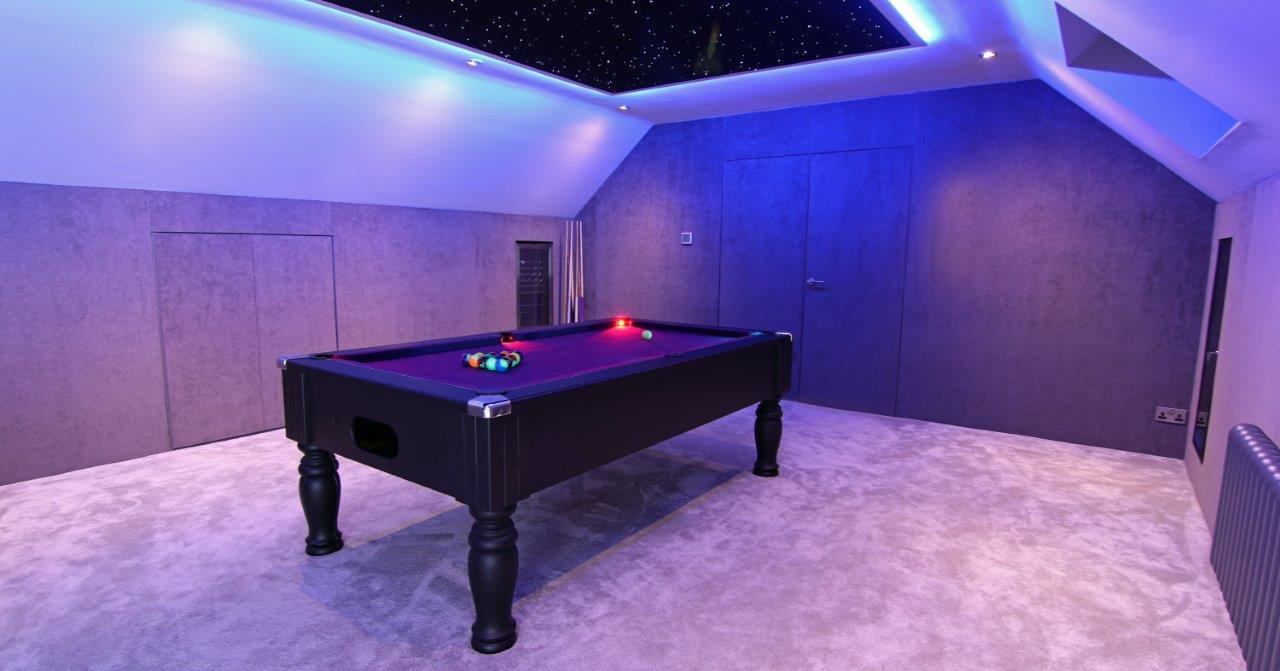 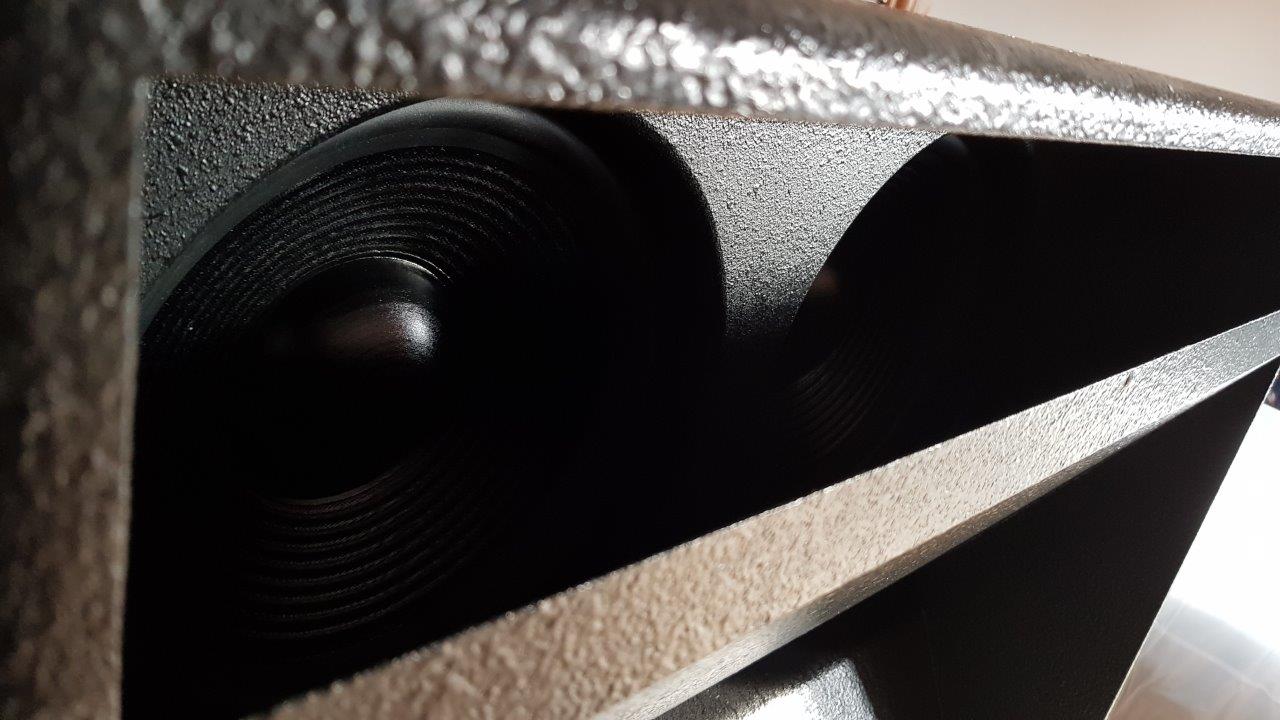 Now I was under 10 when the first Star Wars film came out, but seeing that movie at the age of seven (and every week after it came out before they stopped showing it) has left something of an impression. So when a Star Wars themed cinema hoves into view, it really is a special day.

Bespoke Home Cinemas was commissioned to deliver this beauty as the first part of a redesign after the client had moved into a new home.

The dream cinema was to be located in this 10m x 4.5m attic space and the brief was straight-forward: as they were big sci-fi fans, they wanted a subtle Star Wars inspired cinema / games room for the whole family to enjoy.

This was not an easy brief, as the existing pool table needed to be kept, so the team had to work around that. The room also had doors at both ends, so the only viable option was to design a cinema across the room’s shorter throw. No easy task.

The cinema was designed as an Atmos 5.1.2 set up using Artcoustic speakers, including the meaty 1KW 4x10in Performance 4 subwoofer which was hidden behind the screen within the attics’ (fortunately rather large) eaves. This space also housed the front LCR Spitfire speakers.

Amplification was via an Arcam AVR550 using Dirac room correction facility, a welcome ability due to the room’s unusual shape.

The room’s primary use is for films, so an acoustic screen was chosen in 2.37:1 aspect ratio which fitted within the eaves height. To deliver the correct throw distance for the projector, a custom enclosure was built for the Sony 4K model. A flush mounted rack housed all source hardware, which was also integrated into the rooms’ eaves.

Being an attic room, it was important to reduce noise levels, so the floor was covered in acoustic rubber matting, which reduced noise to the rooms below by 56dB.

Original oak skirting boards were removed and the doors built flush, which gave the room invisible integrated doors and allowed an acoustic treatment to be installed and covered in a luxury stretched fabric. More storage integrated into the eaves included a fridge, along with a custom built ’mattress store’ for sleepovers.

A cinema like this needs stars of course, so a large 8m x 2m fibre optic modular ceiling from Starscape was fitted to a custom-built halo frame with RGB perimeter lighting for a really cool effect. The whole room also enjoys Control4 automation of the equipment and lighting.

This is a really cool feature, as the team gave themselves the challenge of customising the original oak effect pool table to ensure it co-ordinated with the rest of the sci-fi inspired room. The oak trim was wrapped in a 3M carbon fibre film (usually used in custom car modifying).

Bespoke also installed a custom-built Arduino microcomputer, which is fitted to run a unique automation program to bring the pool table to life whilst in play (check out the video). Assignable Neopixel LEDs are placed in each pocket with the aid of custom-built triggers.

When a ball is pocketed on a specific side, the entire table changes and flashes to relevant colours, allowing the table to have a ‘Dark Side’ and ‘Light Side’, which triggers a Star Wars audio quote relevant to the pocketed side and then plays through the cinema surround system.

All quotes are randomised, so you don’t know which will be next. Don’t underestimate the power of the dark side.