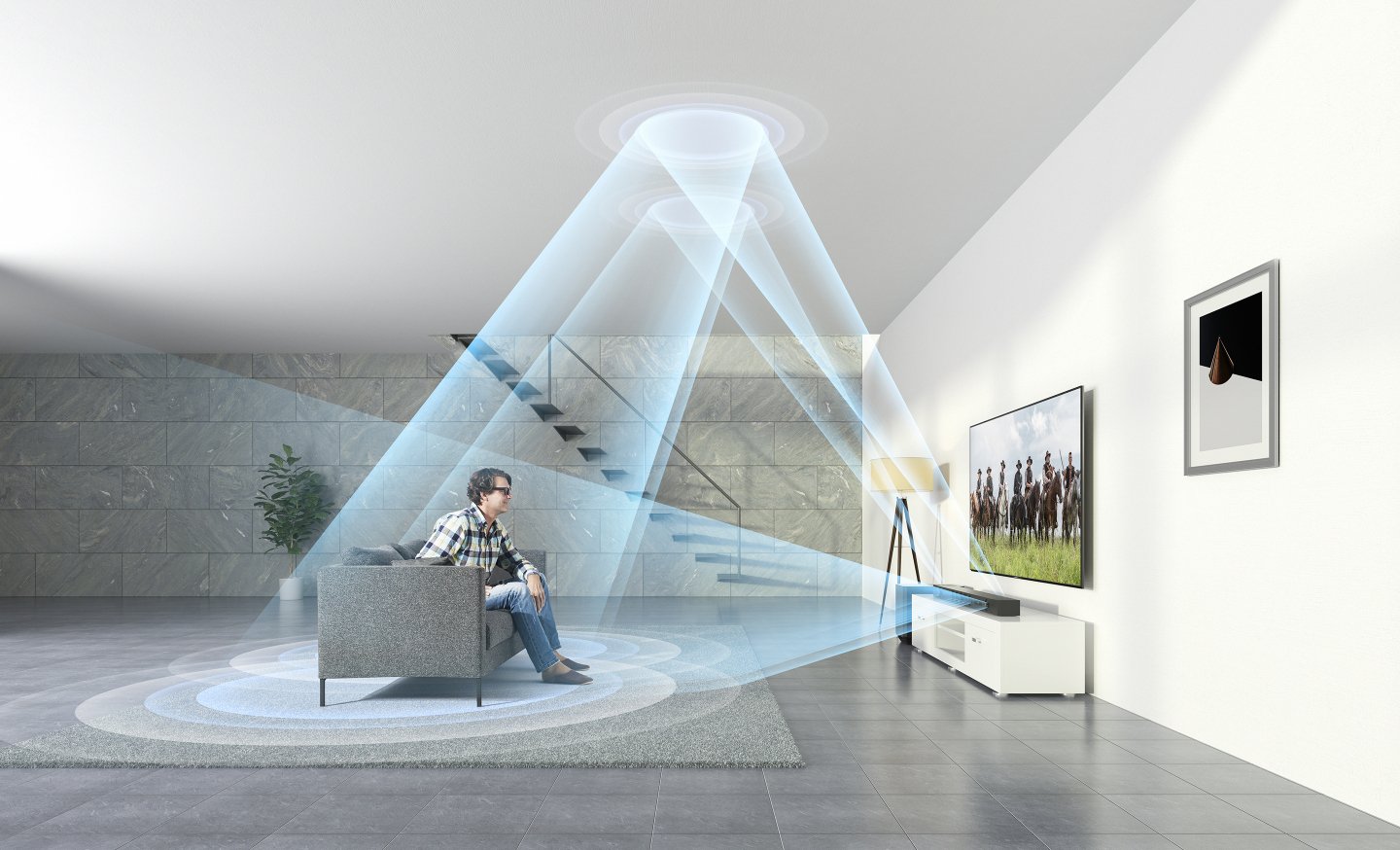 Following on from news that Sony’s first OLED TV will ship with an asking price of $5,000; Sony has confirmed pricing details for its first Dolby Atmos soundbar.

Dolby Atmos is more commonly associated with systems that have dedicated speakers dotted throughout the room. Despite that, it hasn’t stopped some audio manufacturers from coming up with an all-in-one solution through the use of a soundbar. Samsung, Yamaha and Onkyo have all launched Dolby Atmos soundbars, and now it’s the turn of Sony.

First unveiled earlier this year at CES 2017, Sony’s HT-ST5000 Atmos soundbar boasts 7.1.2 channels. Of course, audiophiles will likely remain unconvinced that it’s possible to get true 3D audio from a soundbar, although pundits have praised Sony’s offering in early tests.

There are a range of connectivity options for connecting audio sources to the soundbar. This includes three HDMI inputs, Bluetooth and Wi-Fi connectivity, and Chromecast support.

Sony’s first Dolby Atmos soundbar wasn’t the only product that launched in March from the Japanese electronics giant. That’s because the company has hopped onto the micro soundbar bandwagon with the HT-MT300. This compact soundbar has been designed for installations where space really is at a premium, and even boasts a wireless flat subwoofer that can slide under the sofa. To represent its small size, the HT-MT300 will come with a low price – just £250.

A new AV receiver from Sony, dubbed the STR-DN1080 is also coming soon. While the release date for that isn’t until May, like the HT-ST5000, users will find 7.1.2 channels, as well as support for Dolby Atmos and DTS:X. There’s also six HDMI inputs, Wi-Fi music streaming and Google Chromecast support. UK pricing for the AV receiver will be £600.