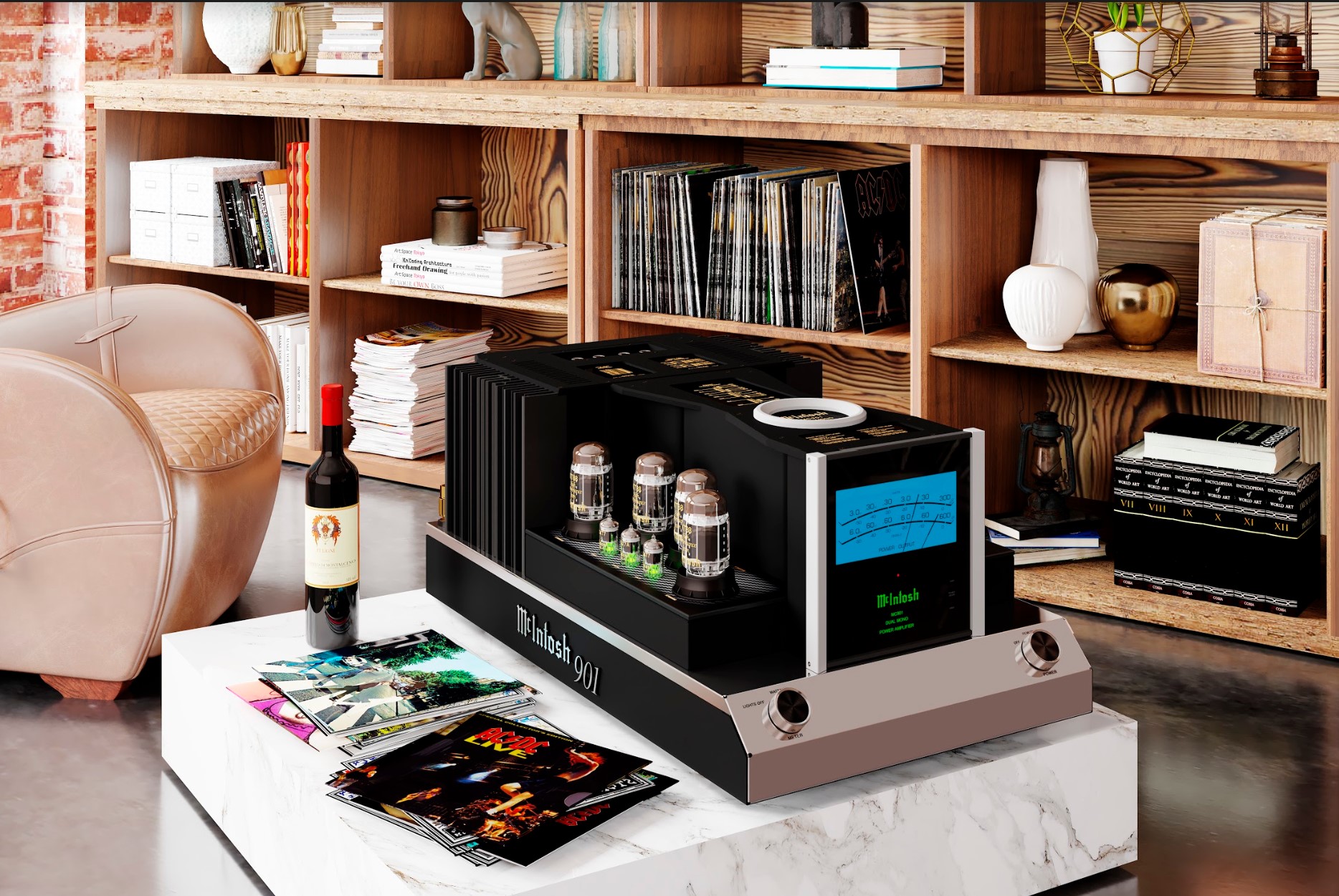 The MC901 is two amplifiers in one, each offering a differing design philosophy: a 300-watt valve amplifier is attached to a 600-watt solid-state amplifier on one unified chassis. The valve section drives the loudspeaker’s mid and upper drive units using eight KT88 output tubes, four 12AT7 and two 12AX7A signal tubes; the solid-state section delivers its 600 watts directly to the bass drivers.

The valve and solid-state sections of the MC901 are designed to work together in a synergistic relationship and are specifically engineered to assure that each section only amplifies its intended frequencies. Each amplifier section has its own discrete power supply, so neither siphons power or performance away from the other.

Prior to the MC901, bi-amping a speaker required two separate amplifiers. It could also require an external crossover (along with a lot of trial and error) to properly configure the two amps. The MC901 solves this issue thanks to its internal adjustable crossover with the controls (easily accessible on the top of the unit) allowing the user to optimise performance.

Like virtually all McIntosh amplifiers, the MC901 features an iconic ‘McIntosh Blue’ Watt-meter, which, like the MC901 itself, is a new design; so too is its meter following the recent introduction of McIntosh’s new DualView Power Output Meter.

The DualView design features two of McIntosh’s traditional, fast-responding mechanical meters stacked above and below each other in a single meter window; one meter is dedicated to the valve amp and the other to the solid-state amp. Each meter operates independently of the other and displays the real-time power reading of each amplifier section.

A brand-new technology in the valve amplifier section of the MC901 is Power Guard Screen Grid Sensor (SGS). Power Guard SGS helps prevent premature valve failure by monitoring the screen grid current in the KT88 output valves. If the current becomes too high, a circuit in Power Guard SGS is activated which then dynamically attenuates the input signal in real-time to keep the valves operating at safe levels.