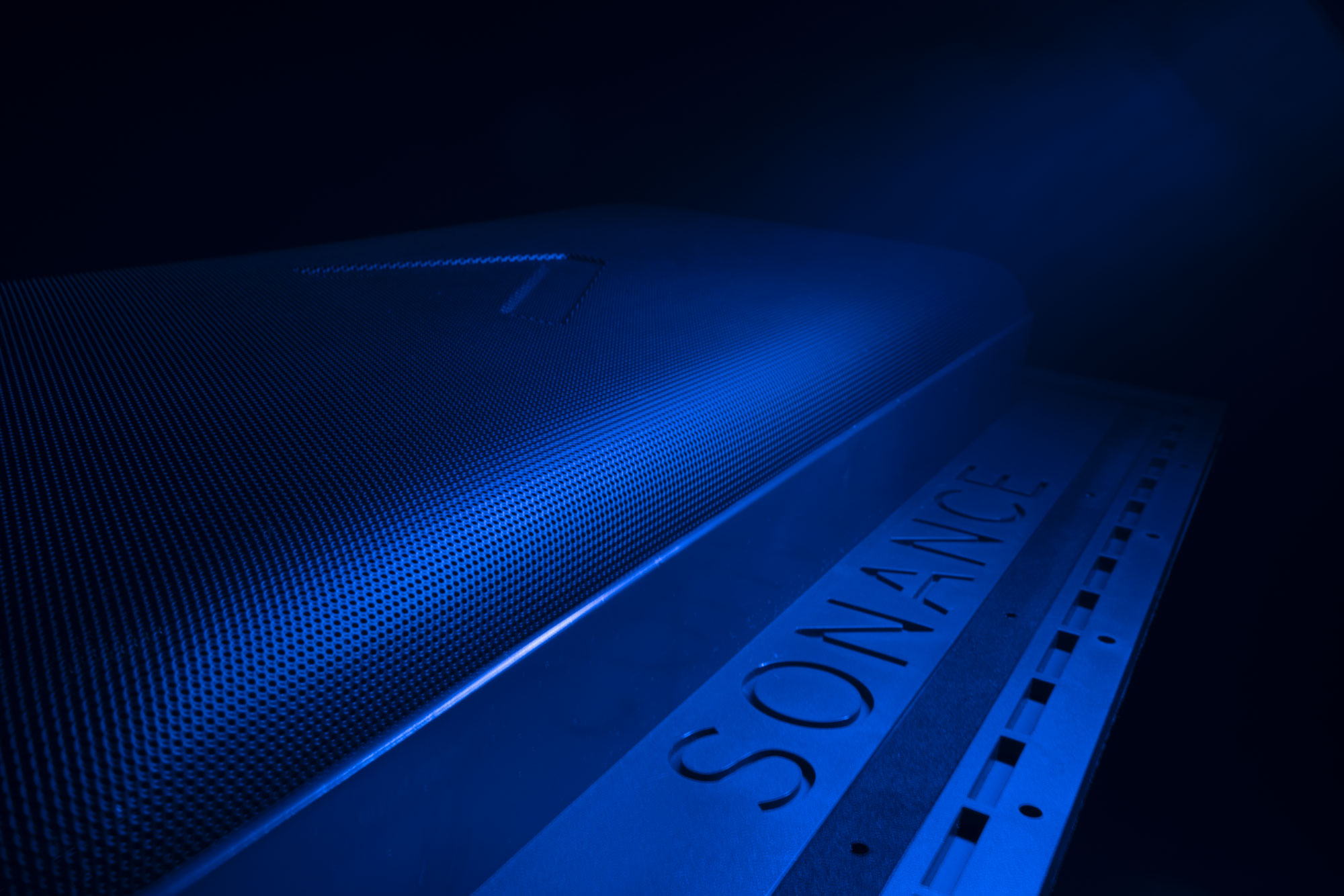 Finally, No Compromise at EI Live! 2021 With Habitech and Sonance

Promising the performance of visible speakers, the new Sonance Motion Flex invisible speaker range is set to change everything says Habitech. Find out more at Stand 17. Register for the show here.

Two years of research into the physics of flat diaphragms has allowed Sonance engineers to develop a completely invisible speaker design that reproduces the sound quality of a visible speaker. Through proprietary test and measurement processes the team at Sonance has refined the ideal marriage of aesthetics and acoustics to overcome the ultimate CI speaker challenge, fulfilling the promise that began in 1983 with the world’s first in-wall speaker.

Traditionally the drivers inside all invisible speakers, including Sonance models, are mounted to a metal frame and drive the diaphragm directly and simultaneously. However, Habitech argues there’s nothing to stop waves from the mid driver rippling outwards to interfere with those from the bass driver on the same radiating surface, boosting distortion and colouration. In a breakthrough for invisible speaker design, Sonance has found a way to isolate discrete wave patterns on a single diaphragm for optimum fidelity.

The baffle holding the drivers is permanently bonded to the diaphragm at the periphery and between the drivers, allowing the area in front of the drivers to radiate freely. Effectively the Motion Flex design divides the diaphragm into two discrete radiators, isolating the output of the Wave Flex driver from the Air Flex woofer. It produces the significantly lower levels of distortion and coloration, setting a new performance benchmark for invisible speakers, claims the distributor.

Installation practicality has also taken a leap forward. At 12mm the Motion Flex baffle is the same depth as the surrounding plasterboard and so installs flush without the need for shims to compensate for depth disparity. Install flexibility is boosted by a narrower rear profile, compatible with stud and joist spacing down to 12in (305mm). And to keep contractors honest, the new range incorporates the Sonance Depth Identification Sensing Calibration (DISC) feature, which measures finish depth to confirm that the ideal finish thickness of 1-1.5mm has been applied.

As many as six new Motion Flex invisible models are available for the widest range of home sound applications – including home cinema – according to room size and required bass level. Use the smallest IS6 for invisible multi-room music, installing its companion IS10W sub alongside to extend bass response when necessary. The IS8 (or IS8T, 100V commercial model) is the best full-range option in larger rooms, and for the largest spaces choose the IS10. Combine the speakers with the IS10W or the new IS15W – an 818 x 818mm subwoofer panel – to create a dynamic, full-range but invisible cinema sound system for luxury media room projects. All models have a mounting depth of 68mm save the IS15W at 86mm.

Commenting on the new range Sonance Chief Engineer Todd Ryan says, “I have 100% confidence that if these were put behind a screen and you had no idea what was playing, in a million years you would not guess that this was an invisible speaker product, even when compared with any of our competitors’ visible speakers.”