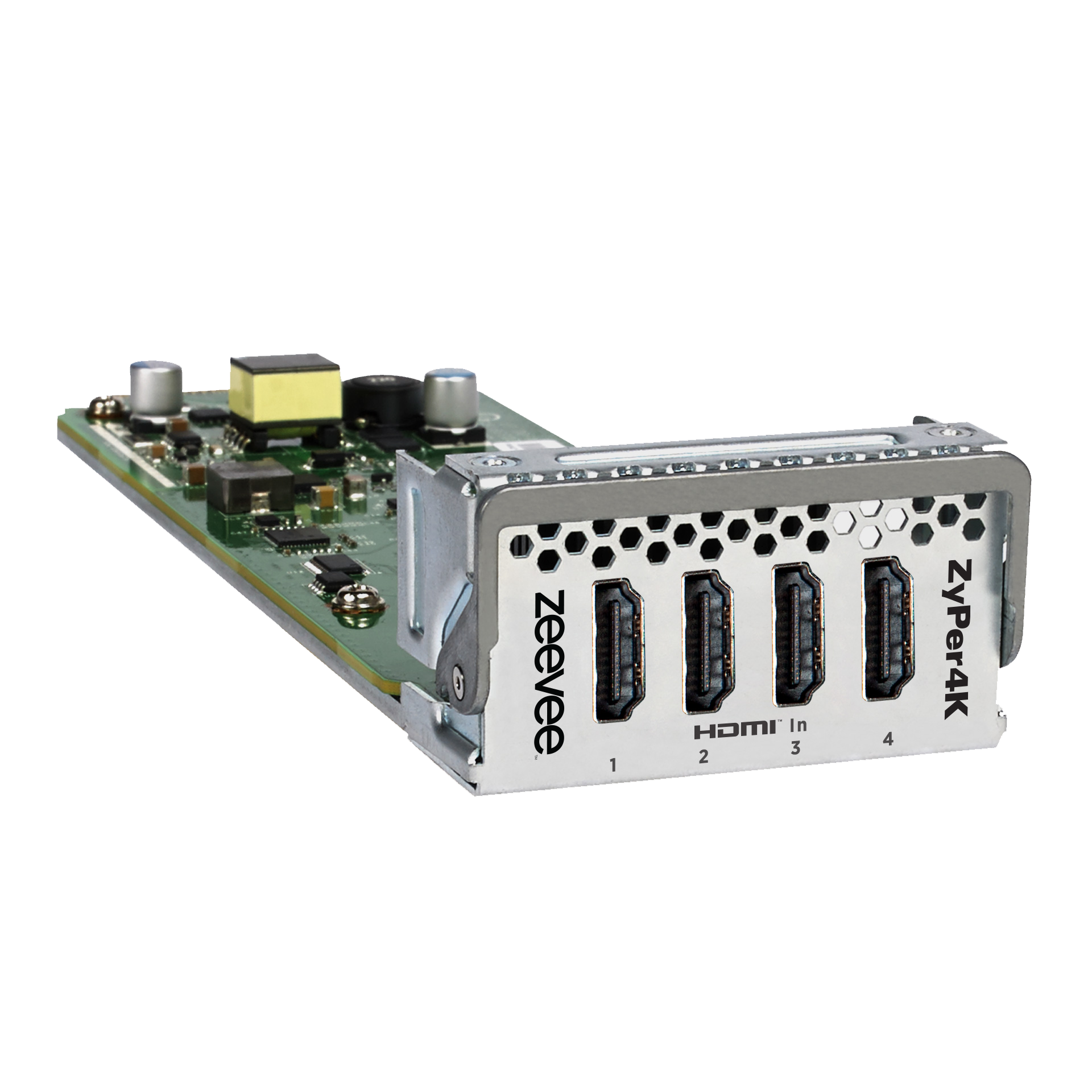 The company is keen to underline that its ZyPer4K encoders and decoders have been selected by the SDVoE Alliance for its live demonstration comparing the performance of SDVoE systems versus traditional proprietary matrix switches.

The demo, on SDVoE Stand 1143, will feature identical four 4K displays arranged in a 2×2 video wall with a single touch panel and control system driving both video systems simultaneously.

“This show comes at a very important time for ZeeVee and the continued migration to AVoIP technology,” says Bob Michaels, CEO, ZeeVee. “In addition to new products, and those being shown in North America for the first time, we remain very active with educating the market about SDVoE solutions. And we continue to offer the widest array of AV distribution solutions, including streaming and RF, for any and all applications the market requires.”

Key products for ZeeVee at InfoComm 2019

The ZyPer4K HDMI Module (North American debut) designed to achieve a new level of convergence between AV and IT technology, plugging into the NETGEAR 10G M4300-96X to create the world’s first Ethernet switch featuring integrated HDMI connectivity for video sources and the capacity to distribute uncompressed 4K/UHD and HDR content.

ZeeVee has upgraded its ZyPerMX4 and ZyPerMX2 multi-source H.264 encoders with support for RTMP, the most commonly used protocol for live streaming on sites such as Facebook Live, YouTube Live and other popular content distribution networks. For multichannel streaming, the company introduces the web-based ZyPerMX Player that enables these encoders to deliver a television-like experience to the desktop.

TheZyPer4K encoder with Loop-Out enables users to switch between input sources for easy monitoring of the first HDMI input source to a local monitor or the streaming of this content to mobile devices and desktops in additional locations through a connected H.264 encoder, such as the quad-channel ZeeVee ZyPerMX4 or dual-channel ZyPerMX2.

In addition, ZeeVee is inviting all show attendees to a full slate of presentations that will be conducted at SDVoE Alliance Stand (#1143).

Two of these sessions will be led by ZeeVee Director of Marketing Garth Leach:

“We’ve seen a lot of interest from a widening field of market segments, including medical, government and stadiums and entertainment venues, and we are very upbeat about where we’re going as a company,” adds Bob. “We’re poised to make this InfoComm a major springboard in continuing to build marketplace momentum.”