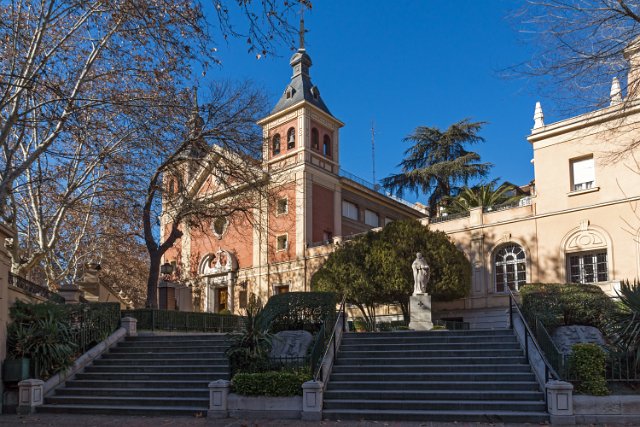 Real Basilica Nuestra Señora De Atocha (The Royal Basilica of Our Lady of Atocha) is one of the most historic houses of worship in Madrid. Very popular as both a centre of worship and with tourists, a new Yamaha audio system has improved the sound for visitors in a very acoustically-challenging space.

The current building was constructed in the 1890s on the site of the convent of the Order of Preachers of Our Lady of Atocha, an early sanctuary that worshipped the Virgin of Atocha. The Virgin is traditionally considered the patroness of Spanish royalty, so the site has been closely linked to the monarchy throughout history, visited and venerated by many of the kings of Spain, as well as many other historical figures.

Although the current basilica had a sound reinforcement system with specific worship settings, it could not cope with the complex acoustics caused by the building’s large marble floor and central dome. Worshippers complained to the priests who celebrate Mass that they could not hear services clearly, so the basilica staff contacted specialist AV company Auvycom Proyectos.

The basilica has been on Spain’s National Heritage register since 1963 and so the new system had to be visually sympathetic. Auvycom has previously worked with Yamaha on similar installations, where improving the sound could not be at the expense of the building’s architecture, and recommended a system using Yamaha’s slimline VXL1 column line array loudspeakers and an MTX3 matrix processor.

Auvycom CEO José Antonio López Martínez comments, “From the very first moment we saw Real Basilica Nuestra Señora De Atocha, we knew that we would need to solve some acoustic challenges. Although it didn’t have a very high level of reverberation, having the microphones housed in the dome meant that we would have to sort out some issues with feedback.”

The chosen solution was 15 white VXL1-24 speakers, mainly mounted as horizontally-coupled pairs throughout the main worship area, powered by two PX3 and one PX5 power amplifiers, with the MTX3 distributing the sound.

A Yamaha CD-NT670D CD player was also installed, which allows the worship leaders to not only play music from CDs, but also has a USB input and can stream music playback, thanks to the inclusion of Yamaha’s MusicCast technology. The system is controlled by Yamaha’s Wireless DCP smartphone app, which gives basilica staff the choice of several presets for different worship services and other situations, where different kinds of music playback are needed.

“Thanks to the versatility of the MTX3 and the high quality, highly directional coverage of the VXL1 speakers, we knew that we could achieve optimal results, even with the complex acoustics caused by the basilica’s floor and dome,” says José. “A short time ago we installed another system with the new VXL1 column loudspeakers and we were pleasantly surprised by the result, especially when they are horizontally coupled, which provides higher SPL with a much narrower horizontal dispersion.”