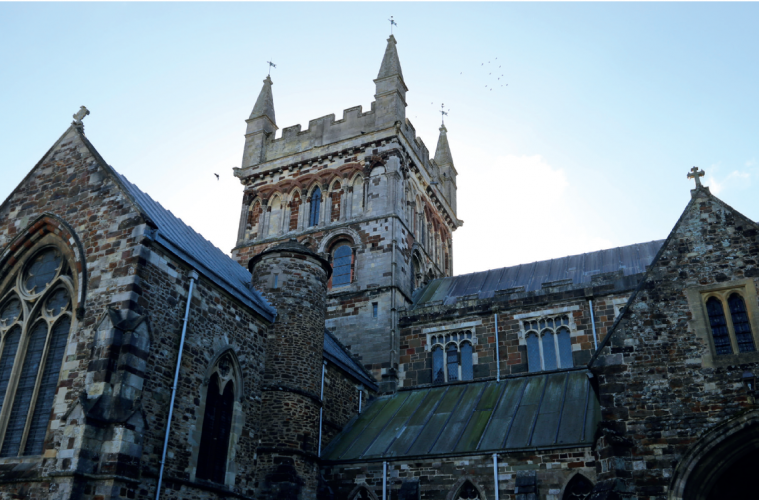 Wyrestorm NHD based system connects Wimborne Minster with the World

Founded in Saxon times but predominantly Norman in design and construction, Wimborne Minster has been a centre for Christian worship for over 1300 years. At 60m long and up to 7m wide (excluding the transept), the Minster is large enough to host a congregation of as many as 500 people.

Outside the main religious festivals, and pre pandemic, a full programme of events at the Minster, including music and poetry from visiting artists, regularly attracted capacity audiences. However, on these occasions, sections of the congregation, especially those seated in the transept between the nave and the choir, were unable to get a clear view of the performances (even though they could hear them through an existing audio system). The Church leaders approached the team at local custom installer Dacombes of Wimborne for a solution. In October 2019 work was completed on a small HDBaseT system feeding video from Dahua CCTV cameras to twin mobile repeater screens mounted on trolleys, which could be positioned strategically for maximum visibility. During the extended lockdown,

Dacombes was invited back to expand the video distribution system within the Minster and also beyond its walls to remote parishioners through live video streaming.

For Chris Lakins and the team at Dacombes the challenge was to design a discreet, scalable CCTV distribution system for a Grade 1 listed building, minimising its impact on the architecture and the need for drilling into the ancient structure. Chris Lakins takes up the story: “initially the big concern was not to damage structure and appearance of the Grade 1 listed architecture so a ‘light-touch’ system involving PTZ cameras and mobile video monitors was the best solution. We used strategically positioned and customised input plate boxes as localised sources for the video trolleys, which minimised the cable hazard day-to-day.

“And when it came to the second phase involving system expansion and live streaming functionality, we were able to use the same cable infrastructure for a new IP design, replacing the HDBT matrix with the innate flexibility of Wyrestorm’s Network HD platform.

“In consultation with the Minster and in attempting to overcome the nervousness about the tech in the older congregation, we opted for YouTube streaming because it doesn’t need accounts or user profiles to have viewers. The NHD-300 streaming module has made this transition effortless.”

Says Chris, “the church warden and voluntary wardens (mainly retired) who sit at the control end have managed to build their confidence using the NHD app on an iPad in only a few days, and everyone else that has been shown the ropes can’t believe how straightforward it is to use.”

“We placed the iPad in a robust iPort LaunchPort sleeve for added protection, so they can pass it around to control distribution to any number of screens as the services grow in popularity and format. Network HD is also the perfect platform to generate live streams for weddings and funerals, allowing remote guests to join the services from afar.”

The system’s versatile scalability means that in a post COVID world it can be extended to outdoor screens for large events, allowing the congregation to enjoy sermons from the green outside the Minster and much further afield.
“The Minster has had a really positive response from parishioners, says Chris. “After the first lockdown during the summer of 2020, they were concerned that longstanding members of the congregation might find the system a little alien, but the mobility of screens along with the sympathetically mounted cameras means the technology disappears into the background while giving them a more immersive experience. And in the subsequent lockdowns, the congregation has found solace from the services being available to them in their own homes. What’s more, the YouTube streams have had viewers from around the world sharing the worship at Wimborne Minster far and wide.” 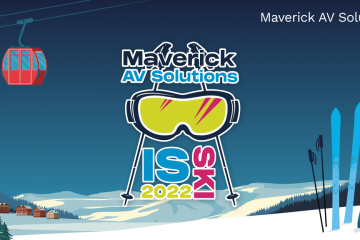 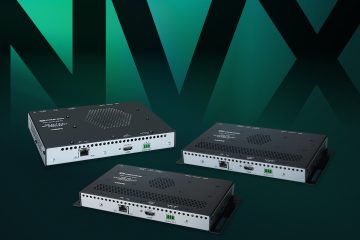 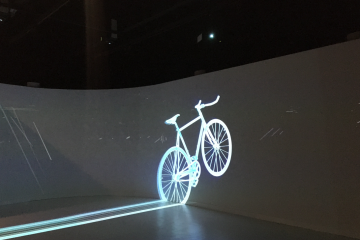