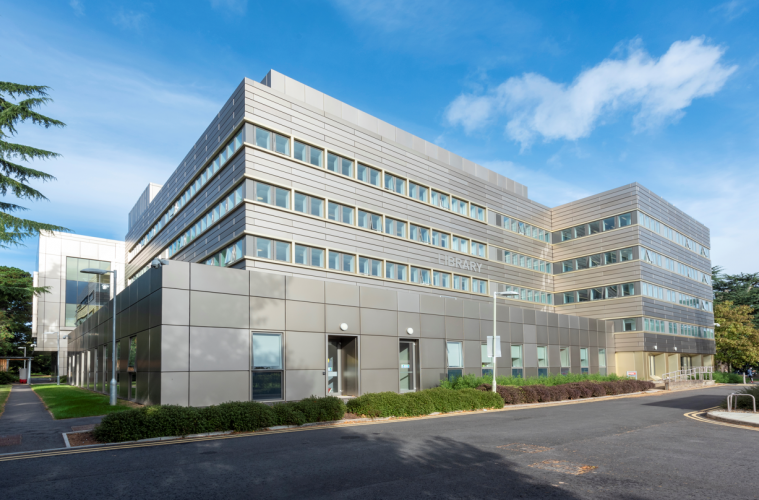 A Berkshire university which has been voted as one of the top 10 most popular green spaces in the UK has installed a new eco-friendly sensor-controlled lighting in its library as part of a £40million redevelopment.

The library building at the University of Reading on the Whiteknights campus has undergone a major refurbishment and has had new LED lighting and lighting controls installed as part of its programme to close the book on energy wastage and improve upon its carbon footprint.

The campus in Shinfield Road is made up of 130 hectares of parkland and includes a lake, woodlands and a garden and, year after year, has been included in the Green Flag People’s Choice Award’s top 10 out of almost 1,800 green spaces.

The study spaces and furniture inside the library building were revamped on some floors as part of the first phase of the redevelopment completed in 2014.

Now the University has refurbished the remaining floors and put in place a more sustainable study environment by creating new heating and ventilation systems, replacement windows, cladding and roofing, in addition to the new lighting and controls. It aims to cut energy use by 40% and reduce carbon emissions by 30%.

B.E.G. Specification Director, Tom Greenrod, says: “The University of Reading was keen to have a lighting control system that staff could maintain and adjust themselves so we proposed our range of DALI broadcast sensors for this purpose.

“The DALI master can be programmed with a dedicated handheld remote control or a universal Bluetooth remote using a smartphone and the B.E.G. One App. The master can work in either presence mode which is selected by the dip switch or via the remote control.

“The master has its own power supply and intelligence and can control up to 50 DALI ballasts. To increase the detection range of the master, a slave sensor can be used which only detects movement. It is possible for up to eight slaves to be wired back to the master.

“DALI luminaires were installed in the basement and, despite there being no natural daylight down there, the B.E.G DALI sensors meant the maximum light level could be adjusted to the required design level.

“With LED luminaires being very efficient the initial installation can be over-lit and so the capability to reduce the light level is of great benefit to the University in terms of both limiting possible glare or strain but also reducing its energy consumption.

“Most lighting designs allow for a 0.8 maintenance factor so the installation can be over-lit by 20%. The B.E.G DALI sensor can adjust the maximum level to the required design level giving an immediate energy saving of 20%.

“The B.E.G DALI master also has the benefit of an orientation light level too which provides a low-level setting of 10-30% of maximum light when the area is unoccupied. This is ideal for low footfall areas and stairwells so this feature was used in the corridors in the basement.”

On upper floors of the library, B.E.G used DALI broadcast master sensors for the study rooms, offices, circulation areas and toilets. The Library project took one year to complete and the University of Reading can expect to ‘significantly‘ reduce its energy consumption which will result in lower energy costs.