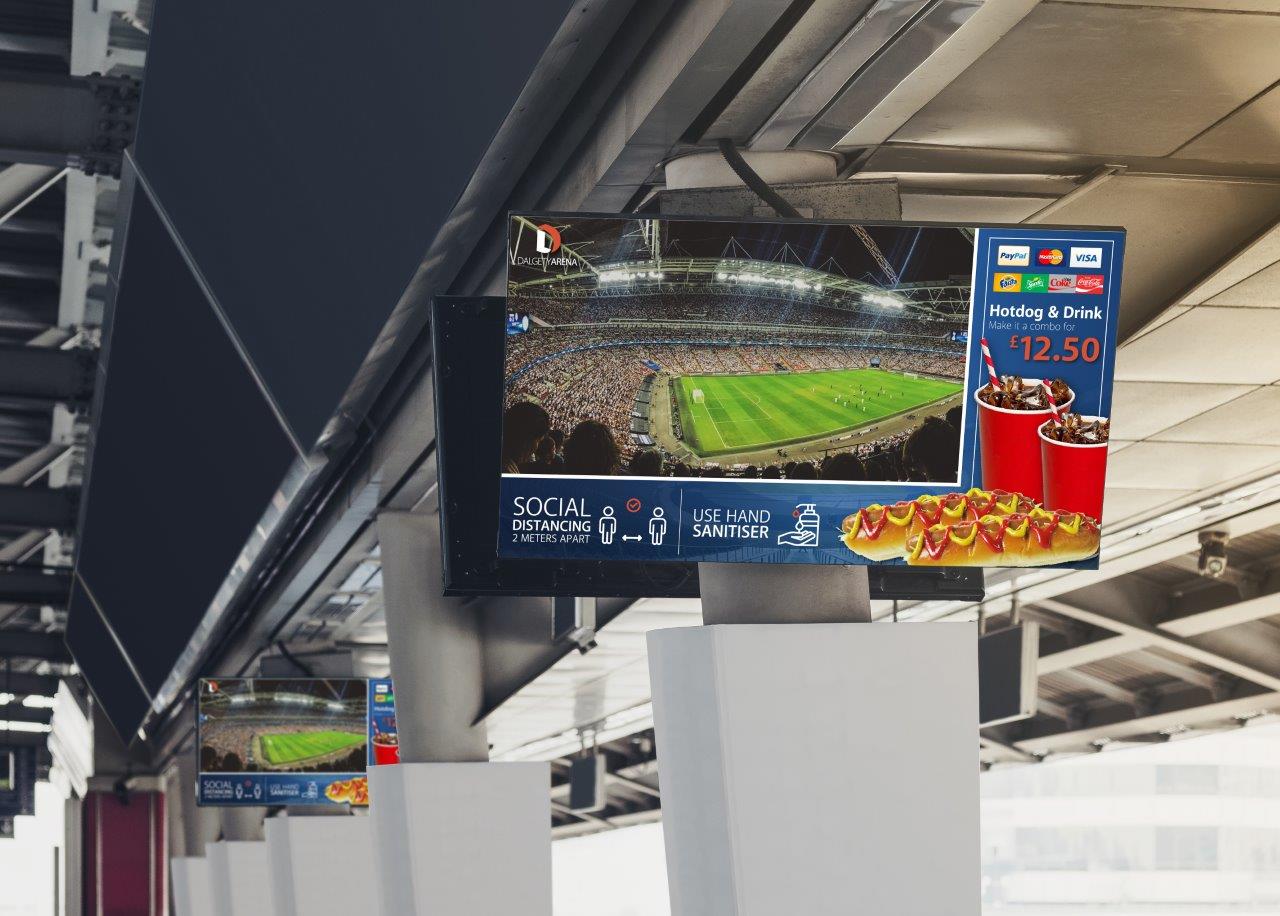 COVID-19 pressed the pause button on all sports events around the world. While events such as the Olympics and Wimbledon were simply cancelled, some major professional leagues around the world have just recently restarted interrupted schedules – including Germany’s Bundesliga, England’s Premier League, and the NHL and NBA in North America. Yet the return of live sports does not mean a return to normalcy. The Bundesliga, English Premier League and NHL all resumed play in empty venues, while the NBA went as far as to play in an isolated “bubble” in Orlando, Florida with no fans and everyone involved living in an area cut off from outside contact.

When fans are eventually allowed to return to stadiums, there will likely be strict hygiene, social distancing and other safety measures in place. According to a recent survey by ESSMA, looking at the impact of the coronavirus on European stadiums, around 70% of fans expect free availability of hand sanitiser, doors to open earlier and an obligation to wear face masks. And as stadiums adapt to this brave new world, the biggest challenges they face are cited as fan management, matchday operations, and organising matches behind closed doors. What is becoming clearer, and evidenced across other market sectors, is that IP-based technologies such as digital signage and IPTV will be critical to supporting the return, and those stadiums that have already implemented these technologies will be leading the way in demonstrating their added value and ability to adapt to the new situation.

One example of the value of digital signage in a stadium environment is the German football club Sportverein Sandhausen 1916 e.V., which previously underwent major AV deployment with Exterity to ensure that the match day experience fulfilled the needs of fans. The installation encompassed a complete suite of video display monitors across the stadium, including its corporate hospitality and VIP suites. The displays enable the delivery of main broadcast and internal TV channels to the catering and public areas of the new VIP tower, and also feature sponsor names and targeted messages.

The IPTV system delivers TV, video and digital signage to the right screens at the right time across the stadium, as well as driving revenue and offering fully rounded fan experiences. Now these welcome greetings can turn into clear safety messages, as well as information about the use of common areas, signposting one way systems and exits, toilets and other shared facilities.

Similarly, IP video systems in several European clubs are already being adapted to cater for behind-closed-doors matches – for example, where sports journalists are unable to congregate en masse in the press room but are seated around the stand and therefore need to have all the close-up action and replays streamed to their mobile devices or nearby screens.

Digital signage and in-venue TV will play an even more crucial role in keeping everyone safe as restrictions continue to ease. Most leagues and other sporting organisations are still working out the form that games and tournaments will take post-pandemic, but many have already allowed team officials, venue employees, players and coaches, medical and support staff, media and other permitted visitors into stadiums and arenas.

These people need to need to be directed in terms of what the rules are for each venue with regard to safety, as well as steps taken to protect them. Digital signage and video are already widely used to do this, and with the ability to easily add more screens anywhere on the network, venues will be able to present consistent messages more frequently across multiple facilities, and to schedule or update signage screens with crucial information remotely in real time.

These IP-based technologies will play an even more critical role in keeping everyone safe when fans are allowed back, particularly in providing reassurance to those who may be nervous about attending live events. As noted above, these AV tools can ensure all people using the venue facilities are kept up to date on the latest safety policies and venue procedures – details such as location of hand sanitiser stations, the direction of travel for various entrances, exits and corridors, and how many people are allowed in washrooms or food vendor areas.

Signage in particular will play a pivotal role in reassuring fans that all necessary steps have been taken to ensure a facility is safe and to encourage everyone to abide by all the rules, while still enabling the venue to drive revenue from sponsor advertising, promotion of merchandise, bar and restaurant deals and other activities. By implementing a broader digital signage and IP video technology strategy, venues and stadiums will be equipped to welcome fans to safe spaces with full confidence.