Tempest Facilitates The Story Of Benjamin Franklin In Philadelphia 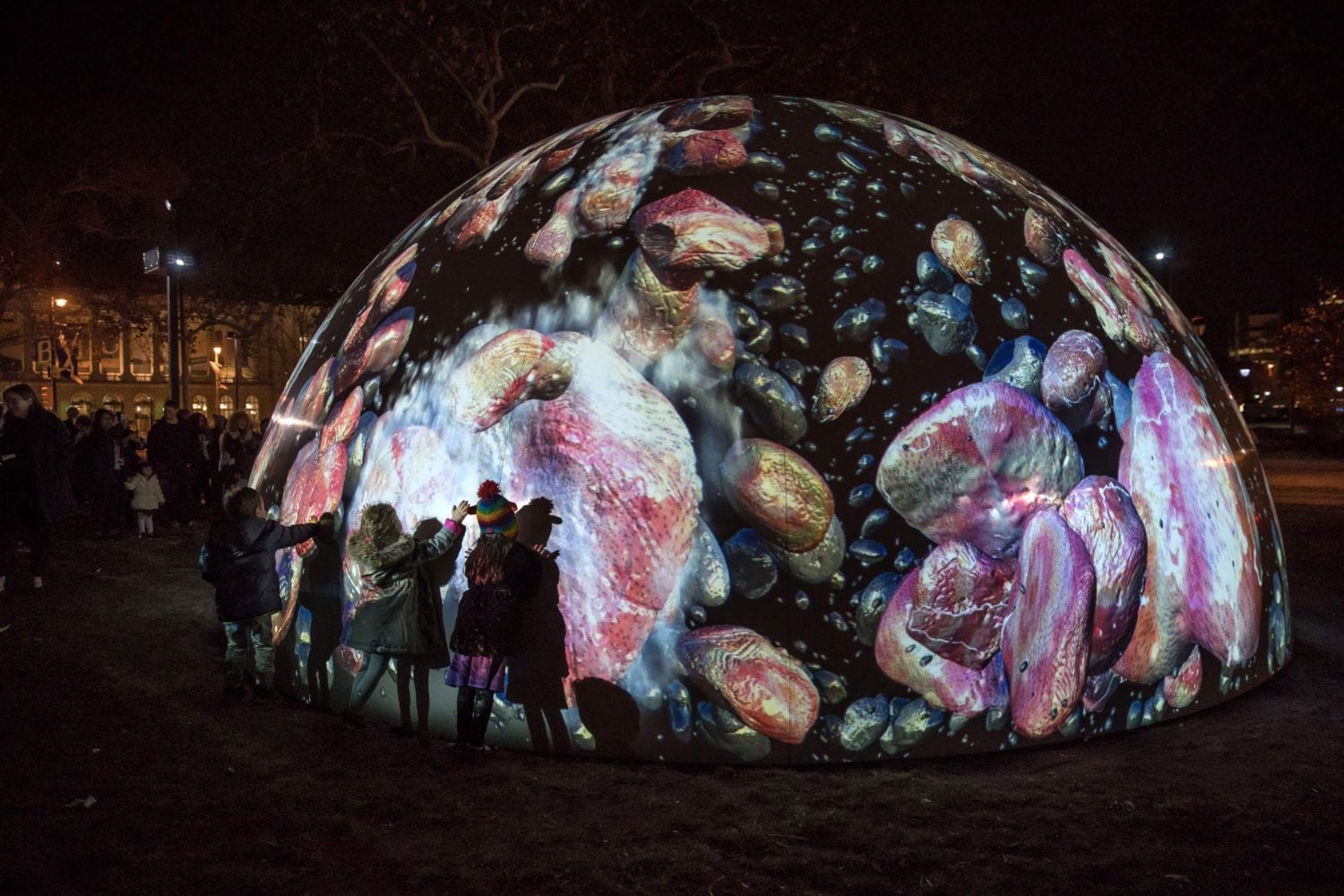 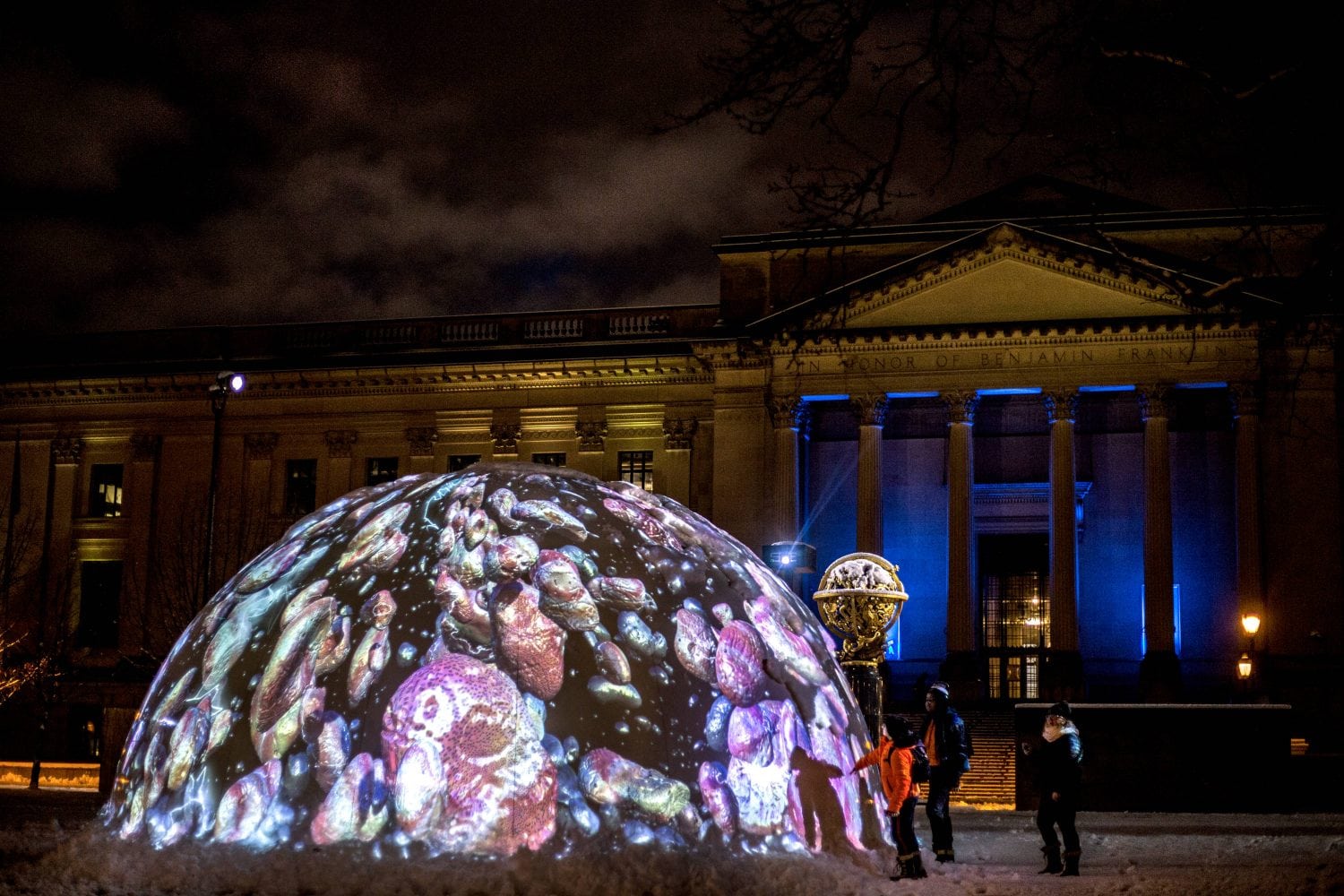 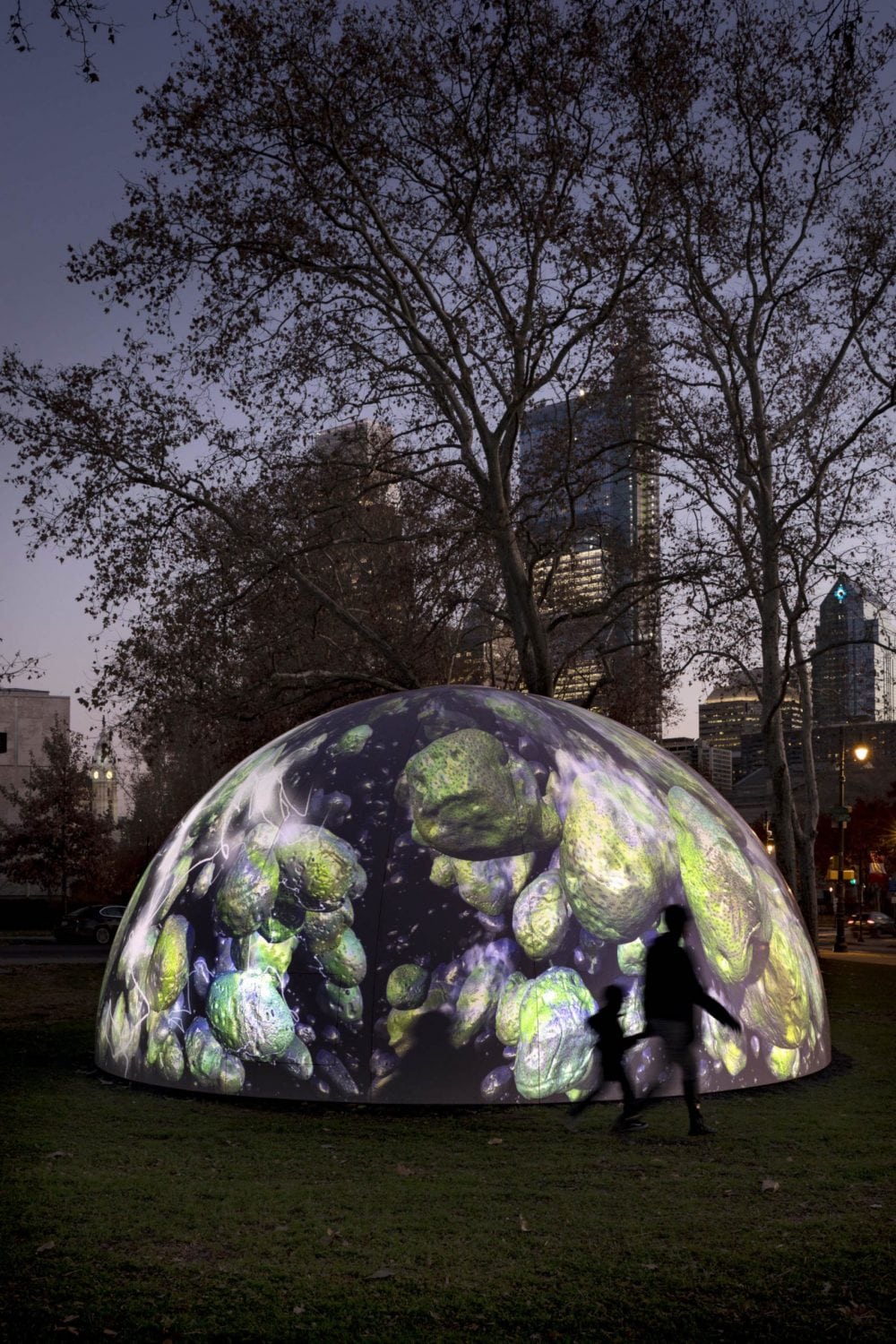 The centennial celebrations of the Benjamin Franklin Parkway in Philadelphia have been marked with an artistic projection masterpiece. In Winter Fountains, four large fibreglass architectural domes were installed in the cultural heart of Philadelphia, each using four Epson L1500 laser projectors – protected by Tempest’s Blizzard enclosures – to create the impressive animated visual splendour for revellers to enjoy at night. The installation, commissioned by the Association for Public Art (aPA), formed one of the key focal points of Parkway 100, the yearlong centennial celebration of the Benjamin Franklin Parkway.

The video projections – created by video and new media artist Jennifer Steinkamp – were inspired by Benjamin Franklin’s electrical research, and featured a constantly shifting array of icy particles that create static electricity. A total of 16 projectors were used to project the digital animations onto the 13ft-high and 26ft-wide domes that shimmered in the day and glowed in the evening. The four glitter-embedded domes were installed along the Parkway at Aviator Park in front of the Franklin Institute, the Rodin Museum grounds near 21st Street, the Park Towne Place Museum Residences, and the Spring Garden Triangle near Eakins Oval, forming a glowing constellation within a mile-long landscape.

“Ben Franklin is one of the most important scientists in history,” says artist Jennifer Steinkamp. “I read a few biographies about him and decided to let his legacy inspire the piece. He wondered if static electricity and lighting was the same thing. I thought ‘how is lightning formed in clouds?’ It’s small particles of ice bumping into each other forming static electricity, which becomes lightning. The art was inspired by that idea.”

The dynamic animations were created using a combination of software programs, including Maya. Dynamics was used to simulate natural phenomena of gravity and wind. Steinkamp created a script to generate random rock-like shapes, and used Maya to sculpt the shapes, adding small drawings and textures to further bring the content to life.

Steinkamp has been fascinated with projection since she began using it in 1989. “I learned you could dematerialise architecture with light; I found it fascinating that light, which has no physical properties, could transform a physical object. And moreover, you experience this with your body,” she adds. “During the installation, numerous people in the streets approached me to ask if I was the artist, and then they would proceed to thank me. This happened over and over – this piece makes me very happy. The projectors are my medium. I have been working with the limitations and possibilities of video projectors for 29 years.”