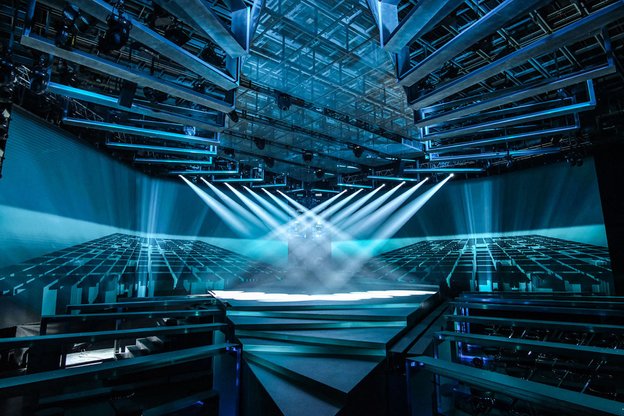 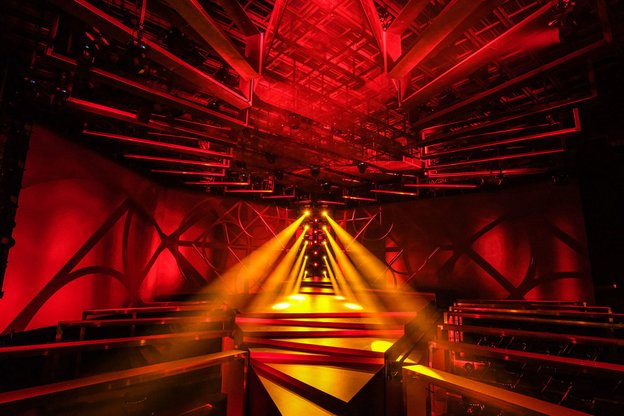 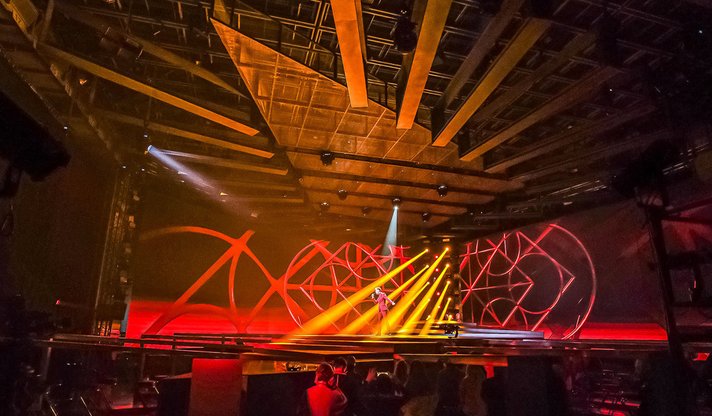 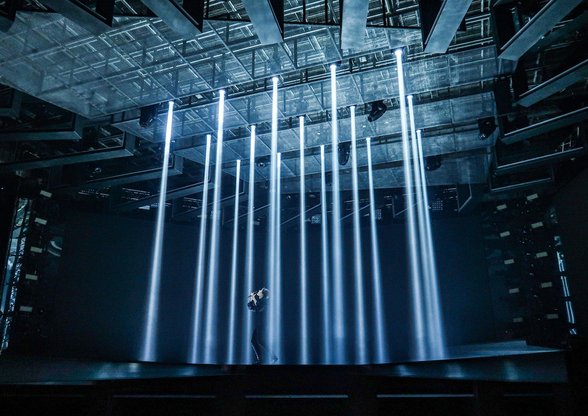 Slovenians got revved up for the 2022 Eurovision Song Contest with their own selection event which was organised by Radiotelevizija Slovenija (RTV SLO) and staged at their main studios in capital city Ljubljana over three weekends, featuring two semi-finals and a final, all broadcast live on national TV.

Lighting designer Crt Birsa utilized 66 x Robe moving lights including 13 of the new high-powered FORTES, to ensure the challenge of lighting his seventh ESC selection offered plenty of vibrancy and flair. He was tasked with creating 24 unique and stunning environments in which the contestants could perform their entries, for which he collaborated closely with set / scenic designer Greta Godnic, video content creator Den Baruca and director Nejc Levstik.

Crt was using FORTES for the first time. These were supplied – together with all the supplemental show lighting which also included 53 other Robe fixtures – by leading Slovenian rental specialist, Event Lighting. Crt’s design also took advantage of lights in the TV studio’s house rig.

He had been wanting to use FORTES for a while, and this presented “a perfect opportunity” as they were also a new purchase for Event Lighting.

The director’s brief included wanting to see a lot of contrast between the different artists, so Greta hit on the genius idea of having two totally different setups – offset by 90 degrees to one another – on the same stage, allowing performers and cameras to simply turn around to present a dramatically different ‘stage’ and visual picture in the background.

The first look had a large upstage LED screen that set the visual aesthetic, with all the light sources present but hidden from view, which contrasted sharply with architecture on the other scene that was more defined by lighting beams and looks, again with the physical hardware largely concealed, but the sources and effects extremely present.

The FORTES were positioned on the floor, filling the background area of both spaces and blasting powerful beams and gobo looks in from upstage. As the only lights deployed on the floor, they also had a very strategic role, hidden behind the horizon of the 1.8-meter-high stage piercing all the camera shots with their fabulous fat beams.

“I loved the beams, the intensity, the colours as well as the general smoothness, and they worked very reliably and accurately through all the broadcasts,” he states, adding that he also appreciated the refined colour mixing – both the CMY system and the colour wheels – and he enjoyed the new contemporary gobo selection.

“For live events I think they are a brilliant moving light,” he confirms.

Also on the rig were 19 x Robe MegaPointes and 15 x Pointes which are solid favourites of Crt and ‘must haves’ on his lighting plots.

The Pointes were positioned on three vertical sections that provided side lighting on one stage view and strong bursts as a central vertical for the second one. 19 MegaPointes were rigged and hidden above the LED screen on three slightly asymmetrical trusses.

Two Robe BMFLs were used for the key lights on each stage view and 11 x ParFects were used for lighting the lower sections of set. Crt also used six Robe Square 5×5 matrix moving LED wash fixtures as specials, which were flown and hidden upstage behind the scenic, providing a surprise factor. “In the right context these are really great looking lights,” he commented.

Crt, Greta and the creative team started work on the project in November. Their workflow included visualising the set, lighting and video in WYSIWYG allowing all to properly see the juxtaposition and synergies of the different elements as they received music from the different artists and decided on the base looks for each piece.

On site, lighting was programmed by Crt, a complex task due to the asymmetric design and the shared and individual lighting aspects for the two different set-ups. Each contestant’s song was timecoded for precision and the camera shots and vision mixing were pre-programmed using CuePilot, so they arrived on set well-prepared enabling the time to be used efficiently.

The results looked spectacular, with Crt proving that a well-executed minimalist approach to lighting with well-chosen fixtures coupled with the innovative set and visual design produces the diverse and vibrant looks that everyone wanted.

Slovenia’s winning entry was “Disko” by LPS who will represent the country in this year’s Eurovision Song Contest Finale in Turin, Italy in May.