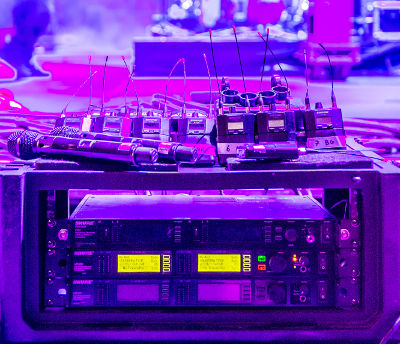 The Country to Country music festival in March may have been ideal for fans of country music around the world, but many won’t be aware of the role Shure played in making it happen.

The Country to Country festival began in 2012 as a two day-event at the O2, but it has since grown to also having a presence in Dublin, Norway and Sweden.

UK hire and concert services specialists SSE handled all the audio equipment supplies of the festival, with the company using a total of 14 channels of Shure UHF-R wireless, coupled with SM58 or KSM9 handheld mics.

Shure’s microphones were in permanent usage by the show’s two BBC presenters, Bob Harris and Alex Lester, while Jo Wiley replaced Alex Lester on day two of the show. There were also a pair setup in the festival’s press room.

SSE’s project manager Dan Bennett explains the company’s choice of equipment: “We have now invested heavily in Axient, but we bought the AXT600 frequency analyser well before we did that, as it’s so good for keeping an eye on the frequency usage around venues. In a very crowded RF environment, it’s indispensable.”

He continues: “We first used the PSM1000s on the Arctic Monkeys tour in Autumn 2013, and they’ve been in heavy demand from our larger clients ever since,” explains Dan Bennett. “They’re now part of our standard touring kit for high-profile artists or events, and exactly as we’ve come to expect from the industry standard in in-ear monitoring, they behaved flawlessly over the weekend.”

The Country to Country festival is set to return to London in 2016 with the show being expanded to three dates, rather than the current two.