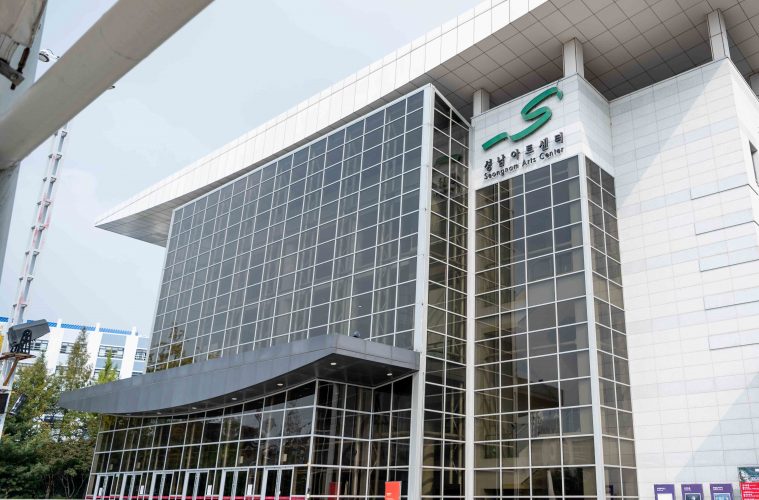 Seongnam Arts Centre is the largest venue for cultural arts in the city of Seongnam. The facility features a 1,804-seat opera house, a concert hall that boasts the greatest acoustics in South Korea, an ensemble theatre for smaller performances, two visual art galleries and an outdoor amphitheatre with seating for 11,000 people. In order to ensure high-quality video playback and streaming in all areas of the facility, including the lobby, venue owners needed a state-of-the-art AV network. Seongnam Arts Centre hired MIX Media to upgrade its video infrastructure with a HARMAN networked VoIP solution consisting of AMX encoders, decoders and controllers supplied by TechDataPS.

According to Seongnam Arts Centre staff, the venue requested an easy-to-use AV solution that would enable them to transmit and display high-quality video and promotional content throughout the multi-room facility. Although they had seen such concepts deployed in other theatres, they didn’t understand how to implement their own. When TechDataPS recommended an AMX networked AV solution, the facility staff was attracted by the platform’s ease and convenience.

To provide a scalable AV control platform with intuitive operation, network security and backward compatibility, MIX Media selected the AMX NX-3200 NetLinx NX Integrated Controller as the core of Seongnam Arts Centre’s AV infrastructure. Compatible with a wide variety of analogue and digital formats, the NX-3200 provides a platform for future expansion with the addition of more devices and control capabilities. For transmitting and receiving AV signals with imperceptible latency, MIX Media installed AMX N1000 Series encoder and decoder units throughout the facility.

To make operating the system easy and intuitive for staff, MIX Media provided Seongnam Arts Centre with AMX MCP108 Keypad Controllers and a MT1002 Modero Touch Panel. Combined with the ability to control the NetLinx controller via tablet, the keypads and touch panels allow Seongnam Arts Centre staff to conveniently control the AV system in real time from anywhere in the facility.

Seongnam Arts Centre staff reported being completely satisfied with the new AMX AV network’s user-friendliness and reliability, saying it gave them integrated control of the equipment inside the concert hall as well as promotional videos broadcast to a display in the lobby.