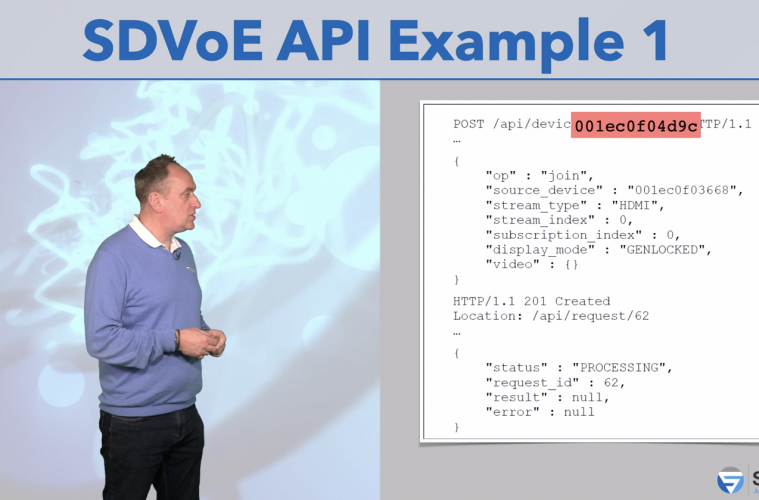 The SDVoE Alliance has announced it is accepting applications from programmers and software developers to get early access to the SDVoE Developer Certification Program and help shape its future. The programme will feature a basic qualification course consisting of eight modules followed by an exam, which once successfully completed confers “SDVoE Certified Developer” status and opens access to additional resources. Detailed online documentation and advanced training walk developers through the more complex features of the SDVoE API including multiview, video wall, etc.

“In this phase of the SDVoE API roll out, we will be supporting a selected group of AV programmers and software developers who aim to create amazing user experiences on the SDVoE platform,” says Justin Kennington, president of the SDVoE Alliance. “I like the analogy to iOS and Android. Our members (like phone makers) provide the hardware that the SDVoE API software platform (like iOS/Android) lives on. Our members (like phone makers) also build applications on top of that platform. In the iOS/Android example, the vast majority of software – and the most important software – comes from independent developers. The open SDVoE API will become that standard application development platform for pro AV.  It’s the way for developers – small independents and large manufacturers – to play in the same sandbox, and create outstanding user experiences built around audio and video distribution.”

“Training and support around the SDVoE API are key differentiators for what we’re doing in the SDVoE Developer Certification Program,” comments Matt Dodd, head of education for the SDVoE Alliance.  “Many companies release an API and just let the documents get stale and developers struggle. We are taking a more proactive approach and training is a huge part of that. There will also be a user forum where SDVoE members and certified developers can mingle and share tips, tricks and questions.”

Developers are invited to apply for early access to the SDVoE Developer Certification Program through the SDVoE Alliance website.