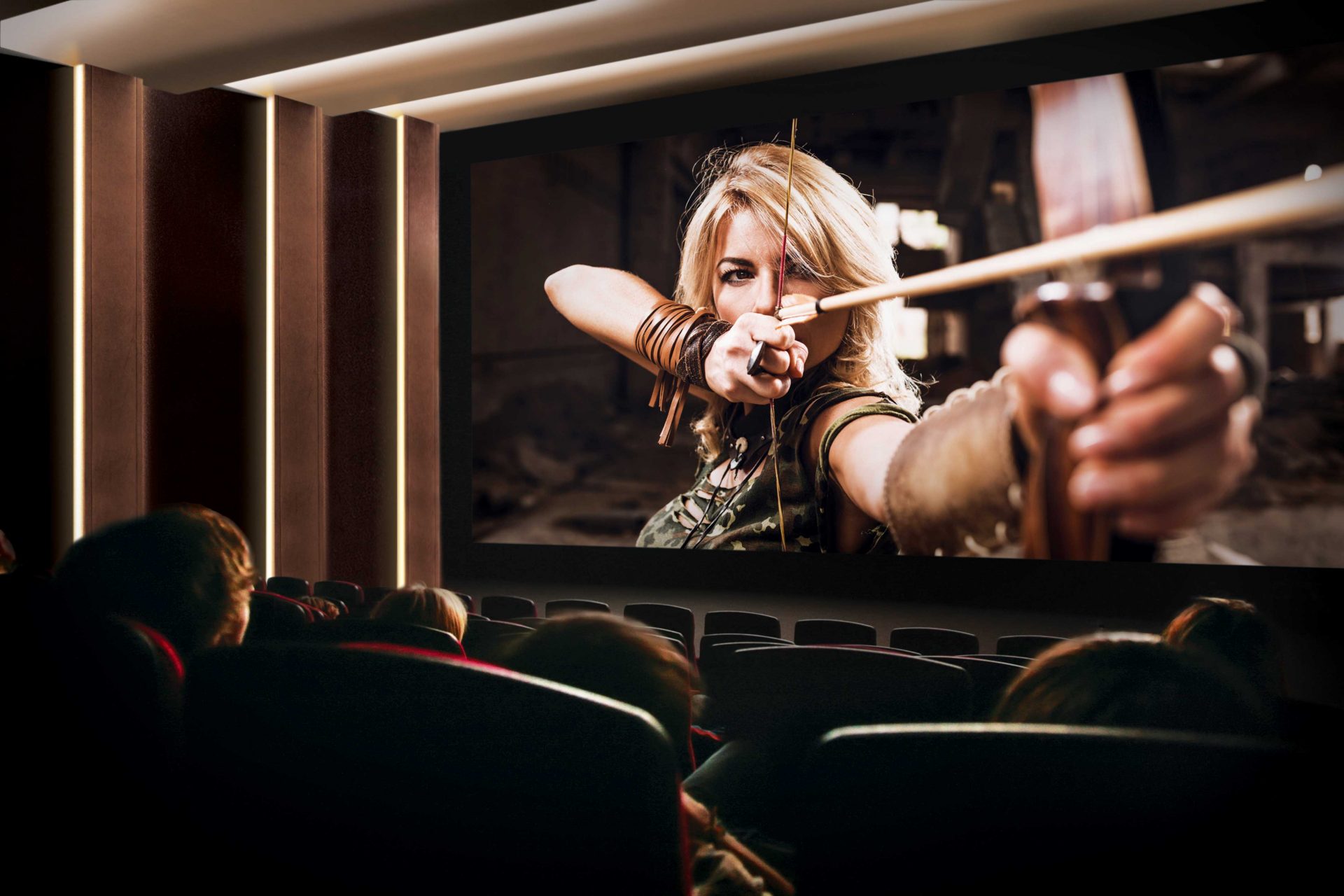 Samsung Electronics’ latest launch provides an alternative to traditional movie theatre projection systems. The new Samsung Cinema Screen, which the manufacturer claims is the world’s first High Dynamic Range (HDR) LED theatre display is backed by an audio option in the form of recently acquired Harman Professional Solutions (although where the speakers are placed is unknown), as well as Samsung’s Audio Lab.

“As the popularity of advanced at-home entertainment systems and streaming platforms increases, theatres must reposition themselves as a destination for an incomparable viewing experience that consumers simply cannot encounter anywhere else,” explains Sang Kim, vice president of Samsung Electronics America. “Our new Cinema Screen technology brings a more powerful and high-quality picture to the big screen, creating an environment where viewers feel as if they are part of every scene.”

The manufacturer is confident that the 10m (34 foot) Samsung Cinema Screen will easily accommodate modern theatre dimensions, and that in addition to delivering LED picture quality at 4K (4,096 x 2,160) resolution, the screen also claims to exceed the DCI specifications used to ensure a uniform and high level of technical performance, reliability and quality in digital cinema.

No announcement has been made as to whether the Samsung Cinema Screen is available in other, or custom sizes, which would make it an option for commercial cinemas of all sizes.

The Cinema Screen’s direct-lit LED technology delivers HDR to the cinema, which Samsung claims showcases on-screen content at a peak brightness level ‘nearly 10 times greater than that offered by standard cinema projectors’ (an impressive 146fL versus 14fL) with improved uniformity and free of optical distortion and interference.

Samsung has designed the product’s screen in such a way that it maintains its advanced presentation capabilities in ambient lighting conditions regardless of the featured on-screen content, whilst accommodating users who wish to utilise their commercial cinemas for corporate events, concert and sports event viewing and gaming competitions.

Samsung also hopes to impress sceptics with complementary ultra-contrast and low tone grayscale settings, which the manufacturer says enables the screen to showcase both brightest colours and the deepest blacks at a nearly infinity:1 contrast ratio.

“The launch of our cinema LED display is merely the latest step toward our vision for a complete end-to-end theatre experience powered by digital signage,” states Seog-gi Kim, senior vice president of visual display business at Samsung Electronics.

“Through modern technologies ranging from touch-screen self-ticketing kiosks to digital concession menu boards and interactive movie posters, Samsung already is helping theatres improve customer engagement and boost operational efficiency. We look forward to continuing to serve as a total solutions provider for the theatre industry and finding new and exciting ways to improve the customer experience.”

Samsung will formally debut the cinema LED screen at a series of preview demonstrations during March 27-30, 2017 at the Cinemark Century Orleans 18 and XD Theatre, located inside The Orleans Hotel & Casino. The premiere will coincide with the neighbouring CinemaCon 2017 conference.

The manufacturer has not released and pricing information as yet, so it remains to be seen as to whether the Samsung Cinema Screen is a cost effective solution for movie theatres over traditional projection systems.