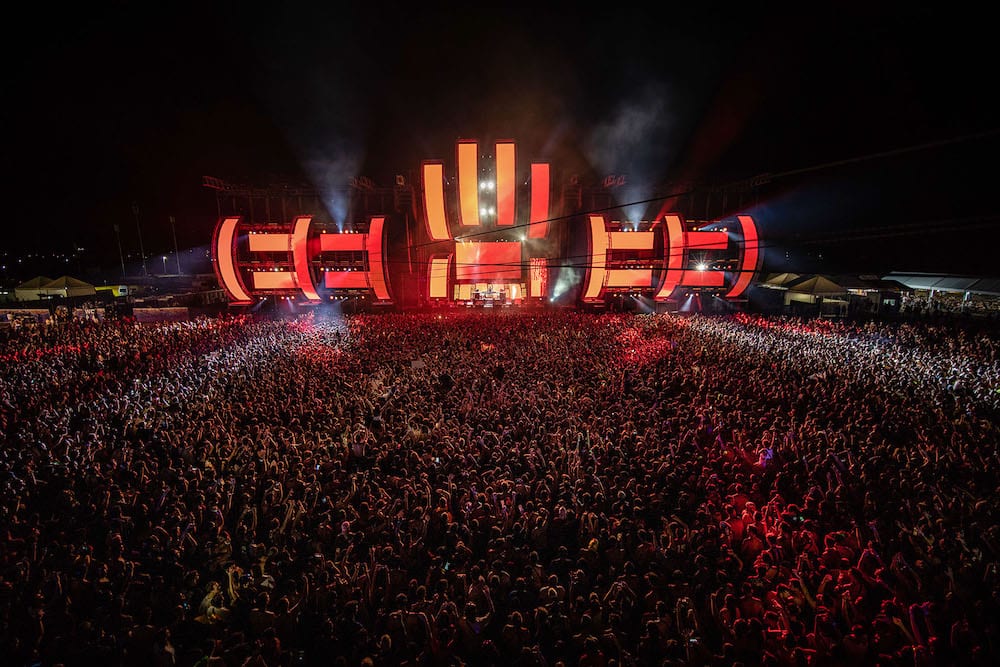 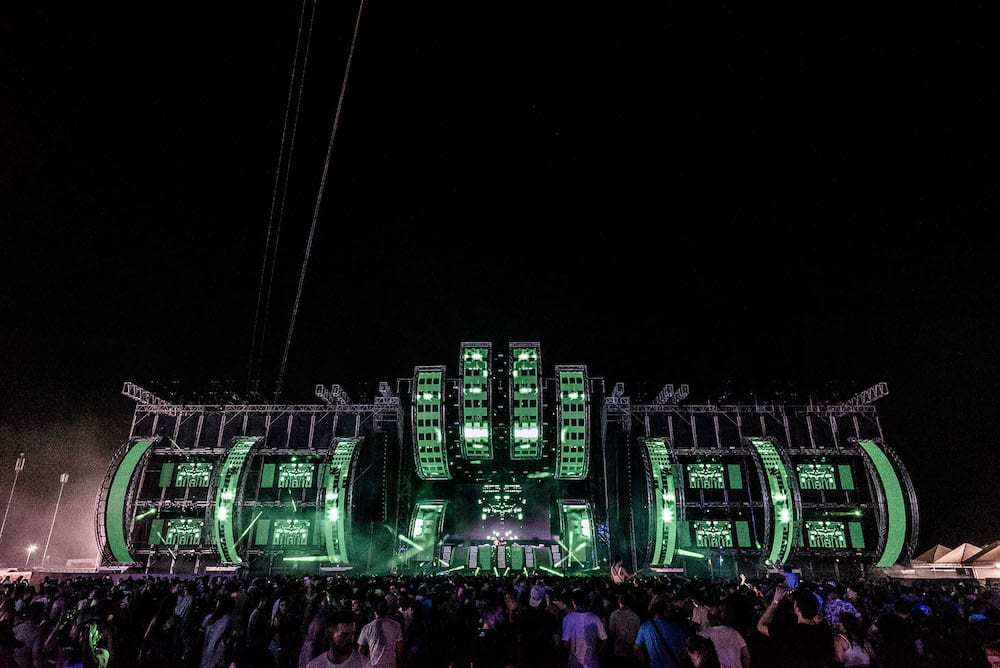 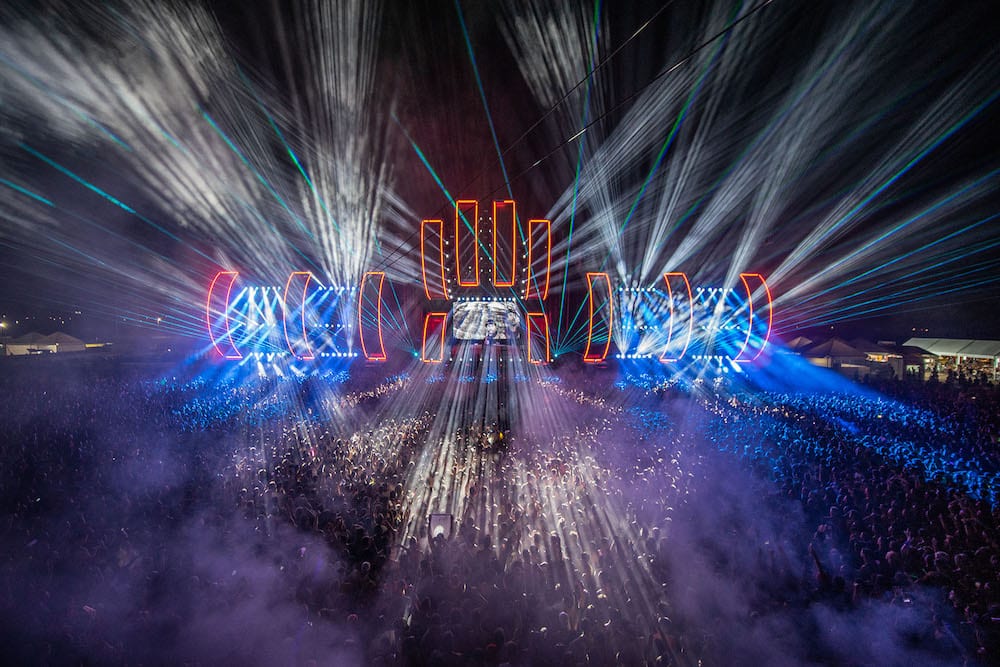 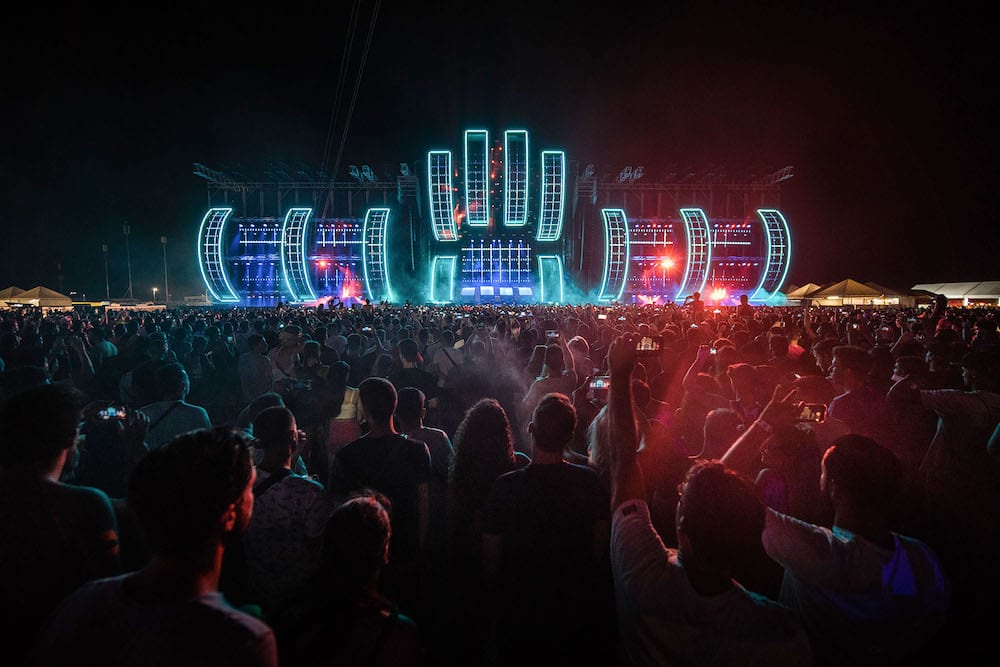 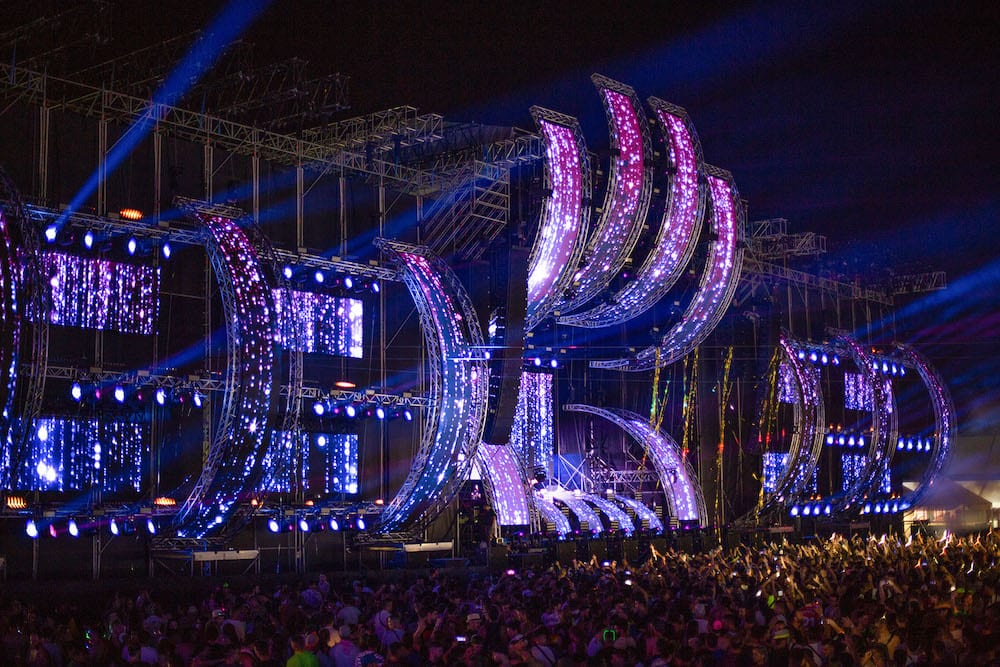 Robe’s lighting range has lit up the 2018 Dreambench festival, which is staged near the fishing town of Villaricos in Andalucía, Spain. The festival sees 155,000 music fans descend on the town to celebrate the best of dance music.

Given the high energy of dance music, it was important to get the right lighting. That’s why main stage production designer, Eduardo Valverde, specified 70 Robe MegaPointes, 50 Spiiders and 16 BMFL spots. These were all supplied by rental specialist Fluge.

Eduardo, founding partner and creative director of Pixelmap Studios in Madrid, lights many dance music events and has become a bit of an expert in the specific optical needs of the genre. This was his third year at Dreambeach designing the full visual concept – including structures, the stage itself, the screens, video content and lasers – plus the lighting.

When formulating a design, numerous aspects are considered. The venue for a start, which in this case was a massive outdoor arena; then the type of artists performing in terms of bands, DJs, dancers, aerialists, etc, and naturally, the style of the music. Once that’s all clear in his head, he already has the first ideas for the architecture of the structures which form the base of each environment. Then comes the all-important practicalities related to the process – venue capacity – and budget, alongside the build timescale.

For this show, the stage construction featured some serious metalwork and had an epic ‘wide’ look – characteristic of many dance style events. The set featured a series of convex video-clad semicircles protruding horizontally above the deck, resembling a giant – spacey – slot machine!

The Spiiders were positioned along the top edge of the structure and down the offstage sides; the MegaPointes were distributed all over the stage and the BMFLs were on the front of the stage deck.

The Spiider’s powerful wash-beam attributes were used to create a uniform base of colour to wash the entire stage and set areas. Eduardo loves the intensity of the fixture’s output together with the zoom and the highly effective strobe function.

The MegaPointes were utilised for all the beam-work and the main effects with their speed and brightness. “We used this fixture for its true ‘hybrid’ capabilities,” said Eduardo, “they are a high impact beam light as much as a gorgeous spot with a fantastic zoom.”

On the floor, the 16 BMFL Spots served as sky scanners; their impressive output scouring the night sky, shooting up into the stars and making the perfect impression visible for kilometres around, even when in deep saturated colours.

Also on the rig were another 500 or so fixtures – a selection of LED strobes, blinders and battens.

The biggest challenge in lighting Dreambeach was to ensure that each artist playing the main stage had a different looking show and ambience for their sets. The video-heavy nature of the design and the MegaPointes were key to making this happen.

Eduardo worked with a large team of lighting, laser, video and pyro/FX programmers, operators and technicians to run all the technical visual elements of the show.

He enjoys operating the lighting console himself on these occasions, “I love feeling the music and the rhythms and creating the scenes in real-time working in collaboration with the video and laser directors … that’s when you get those real magical ‘goose-bump’ moments at FOH.”.

A typical Dreambeach lighting/video/laser/FX operating shift runs to 12 hours, so they swap crew in and out, ensuring breaks and rests so everyone can stay fresh and give the show their best when it’s their turn to engage.

Guest lighting operators/directors arrive with some artists and are happily accommodated with their show files or own consoles, and that’s also a source of great interest for Eduardo and his team.