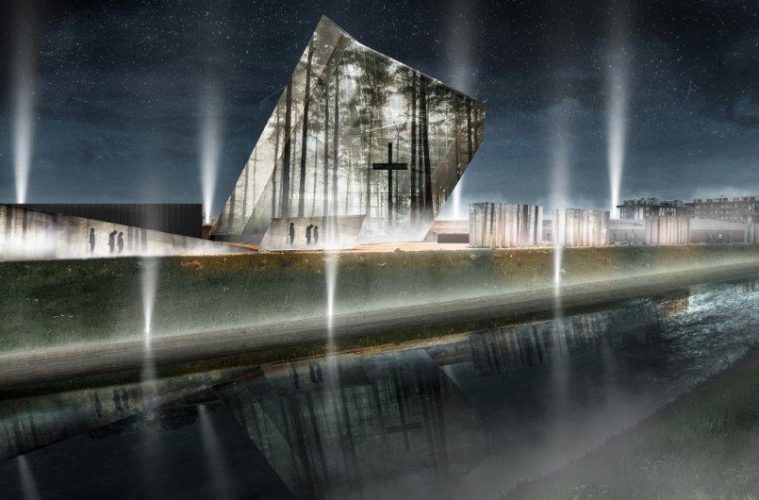 The Projection Artworks team scripted, storyboarded, choreographed and produced Poland: First to Fight in collaboration with Museum 1939. The Museum’s dynamic external architecture is transformed into a skyline canvas, creating a 20 minute live sensory experience that integrates archive footage, animation, projection mapping, live action, music performance, narration and sound effects to tell the heroic story of Poland’s journey through the war. An interpretive dance is woven through the show, with dancers and actors interacting with the projection, choreographed by dance and theatre artist Rhiannon Faith.

Museum 1939’s façades are manipulated using 3D mapping illusions, with their surfaces becoming flexible parts of the show. Other surfaces are also projection-mapped, creating slow-animated bas-reliefs to fuse the physical with the digital. Notch, the real-time VFX engine, was used to enhance the pre-rendered show and extend the creative tools available to Projection Artworks. This was achieved through image magnification of the live camera feeds of actors on stage, by treating them with stylised effects such as double exposure to filmic grain & camera reel effects to match the historic archive footage.

Gavin McArthur, Creative Director, explains, “World War II represents a significant era in Poland’s history and it was of the utmost importance to deliver a show that demonstrated a respectful yet unflinching portrayal of events to inspire both native and foreign audiences to a greater appreciation of Poland’s sacrifice and unvanquished spirit. Combining our pioneering creative and technical skills with curatorial sensitivity, we have achieved a world-class theatre presentation on a large scale that faithfully represents this internationally important story.” 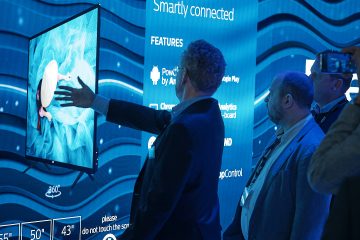 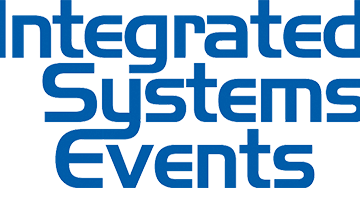 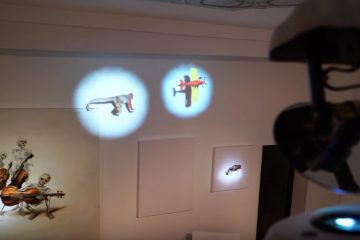