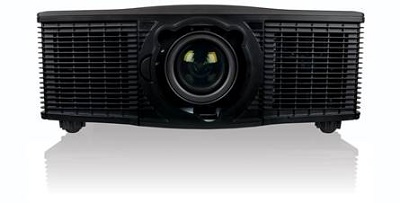 Optoma’s ProScene range is being expanded thanks to the addition of a new flagship installation projector dubbed the WU1500.

The WU1500 dual-lamp WUXGA projector is the brightest in the ProScene range, delivering 12,000 lumens at the centre of the image.

Boasting a 1920 x 1200 resolution, Optoma says that the unit is capable of continuous 24/7 operation – ideal for commercial installation environments where users are likely to leave it running day and night.

Both lamps can be operated together to deliver maximum brightness, or alternatively the ‘lamp relay’ function can be used to alternate between individual lamps, effectively doubling the interval before lamp replacement is required. In the event of lamp failure, the projector can continue operating on the remaining lamp, providing an additional level of resilience.

The WU1500 can be installed at any angle over a full 360° range along its horizontal axis, enabling floor and ceiling projection. In addition, the new model can also operate in ‘portrait mode’, vastly increasing the scope of installation possibilities.

With an emphasis on flexibility, the line-up of six optional lenses use LD (low dispersion) glass to ensure perfect focus and minimal drop in brightness, even over long throw distances. Colour flare and chromatic aberration are said to be negligible, resulting in the best possible image quality.

Motorised zoom and focus is provided across all six of the lens options, even on the shortest lens in the line-up, which is particularly suited to rear projection.

One of the key additions to this model is the inclusion of HDBaseT connectivity, allowing the transmission of high-definition video, audio and control signals over a single CAT6 cable.

This greatly simplifies installation and extends transmission distances between the source device and the projector, providing a cable run of up to 100m without the use of extenders. In addition, the projector is equipped with a 3G-SDI terminal, enabling the display of uncompressed digital video.

“Not only does the product offer a substantial increase in brightness, it also includes new features that our customers have been asking for, such as HDBaseT connectivity, portrait mode and an all-new lens line-up. Our new flagship model raises the bar not only for performance, but also for quality and reliability.”

Optoma has upgraded the image processor as well, adding picture-by-picture and picture-in-picture capabilities, allowing the simultaneous display of images from two separate sources.

The processor’s functions also include image blending and warping, making the WU1500 particularly suited to more complex multi-projector environments. The projector is compatible with external signal processors such as Optoma’s Chameleon GB-200.

For situations where total blackout is required, the WU1500 features a mechanical shutter.

The remote handset can be cabled to the projector via a 3.5mm jack, allowing control of an individual projector without requiring line-of-sight and a ‘loop through’ socket is provided for connection of additional projectors.

The WU1500 is fully compatible with Crestron, Extron, AMX and PJ-Link protocols, allowing comprehensive control of almost all of the projector’s functions over a network.

Installers can acquire the WU1500 through Optoma’s extensive network of authorised ProScene partners. 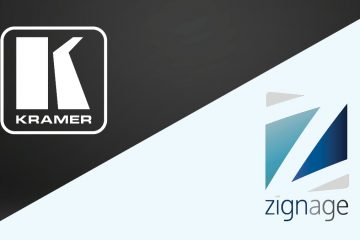 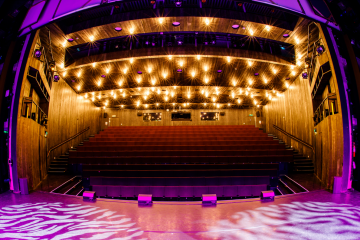