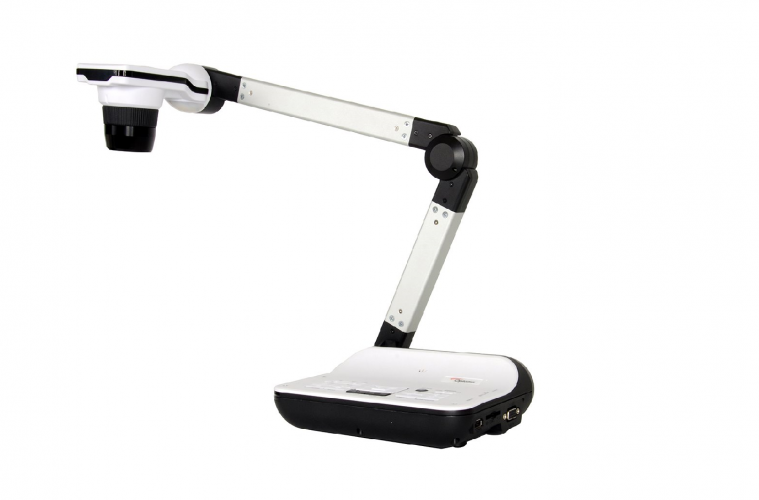 While overhead projectors are a thing of the past, document cameras and visualisers have filled the void. Teachers opting to use these devices have the ability to share textbooks, maps, detailed diagrams and 3D objects with an entire classroom with complete ease.

The DC550 is designed to make that simple task even simpler; it’s also been launched to be as compact as possible through the use of a folding arm – making it easy to store, use and move between rooms. Optoma also says that its folding arm design also makes the DC550 easy to adjust.

A common problem with visualisers and document cameras is the fact that teachers are forced to constantly reposition the camera to ensure all that they want to show is in frame. Optoma says that is not the case with the DC550, thanks to an A3 shooting area.

The DC550 boasts an 8 megapixel camera, with 17x optical zoom and up to 30 frames-per-second video. It also has dual VGA and HDMI inputs and outputs which are designed to make presentations more interactive and give connectivity to a PC or laptop as well as a projector.

Smart DC software, supplied with the DC550, allows teachers to annotate on the image captured by the visualiser and capture their lessons as video clips. They can easily switch between the image from the visualiser to external content held on the PC, such as PowerPoint, PDF digital images and webpages.

Bob Johnson, product manager at Optoma EMEA, notes: “Building on the success of our previous models, we took feedback from our partners and developed the new portable DC550. Its clever folding arm makes it much easier for teaching staff to store in a classroom or carry between rooms.”

Suitable for classrooms, lecture theatres, boardrooms and auditoriums, the DC550 features a handy rotating camera lens. This allows the presenter to place the item being captured the same way up as the image that is projected.  Users can simply rotate the lens to change the orientation or rotate the image in software using SMART DC.

As well as visualising 3D objects and text, the new DC550 can turn lessons into video through its recording feature.  These videos and photographs can be used in future presentations by saving them to the on-board memory or to a SD card, or simply transferring them to a PC or laptop using the USB cable supplied.

It has an automatic focus but manual focus is also available when additional critical detail is needed. Images can be saved at 2MP, 5MP and 8MP resolutions to an SD card and up to 128MB can be saved to the DC550’s on-board memory.

The DC550 has eco-friendly LED lighting built into the head with three brightness settings to produce additional lighting if required.  It can be controlled either via the remote control or the base of the unit. 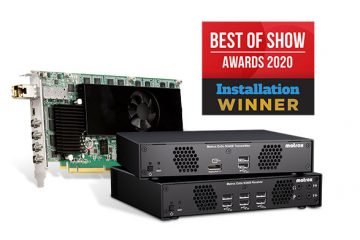 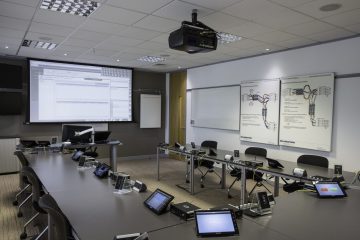