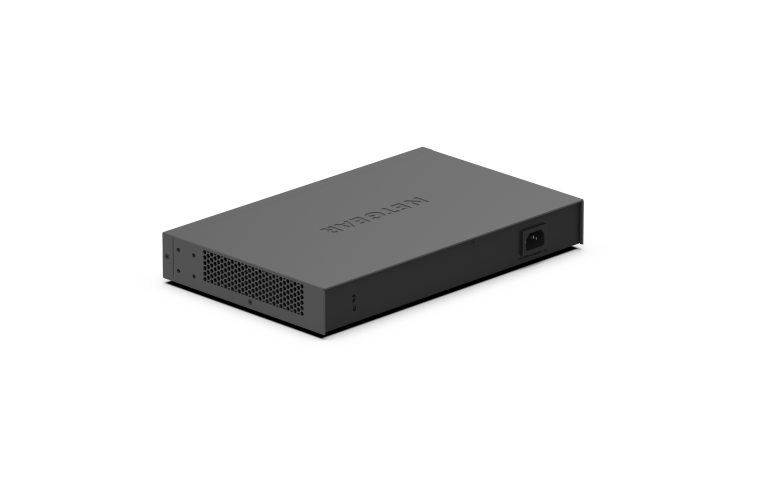 Today’s small business organisations are encountering the growing trend of deploying more power-hungry PoE devices to help run their businesses. Along with the continued introduction of hard-wired IoT (Internet-of-Things) devices for smart home and business automation systems,
there also comes a greater demand for higher power budgets to support this growing array of devices.

In adding these new switches to a network, companies both large and small can now deploy denser PoE devices connected to a single switch with a total PoE power budget instead of requiring multiple switches to do the same.

“Netgear has recognised a clear market demand for greater PoE support with the category of smart business automation and smart home automation expanding,” explains Richard Jonker, Vice President of Product Line Management for Netgear Business. “We continue to address this market trend by advancing our range of PoE switches with increased power budgets and unique features to carry the load of IoT devices that may be expected to be added to a network in the future.”

All Netgear PoE switches support IEEE standards, but in addition, the GS516UP and GS524UP switches also feature a market-first PoE mode selector on the front, enabling the capability to manually select either non-industry-standard “pre-802.3bt” or IEEE 802.3bt PoE++ implementations.

This allows for the support of currently widespread “pre-802.3bt” devices such as UPoE devices, making this switch fully compliant with both implementations to cater to all use cases.

These four switches also come with the full set of powerful features of Netgear Unmanaged switches including:

NETGEAR GS516PP. GS524PP, GS516UP and GS524UP are available and shipping today in the US, Europe and Asia with the following pricing;